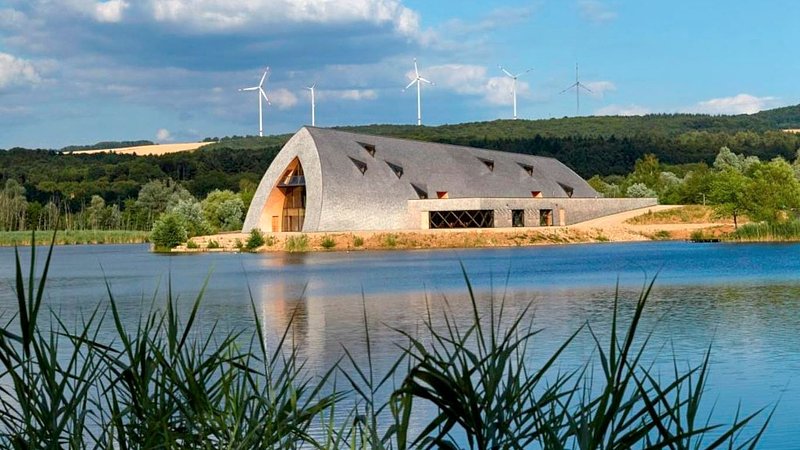 Welcome to the weekend! Pol Belardi is taking you back in time with rearranged soundtracks of video games, the Saint Michel church is transformed into an audiovisual performance site, award-winning Nomadland is screened at cinemas, and the Biodiversum nature and forest reserve welcomes you on a sunny weekend. The weekend is yours!

What: Music of Zelda, Secret of Mana or Final Fantasy
Where: Organised by Neimenster, with stream online
When: Sunday, 18 April at 11am - info & stream here

It's no secret that the soundtracks of video games, played by Pol Belardi during his childhood have left an imprint on the musician's development. One of the first creative exercises of the gifted musician was copying and rearranging the themes of his favorite classics such as Zelda, Secret of Mana or Final Fantasy. Moving back and forth between controller and keyboard, the influences of the 8 to 64 bit repertoire are undeniable. Always amazed by the creativity of the Japanese composers in his favorite games, Pol has embarked on arranging selected themes for a group of talented musicians. The live gig is sold out, but a stream is available on 'de Kulturkanal' on YouTube (embedded in website linked above) 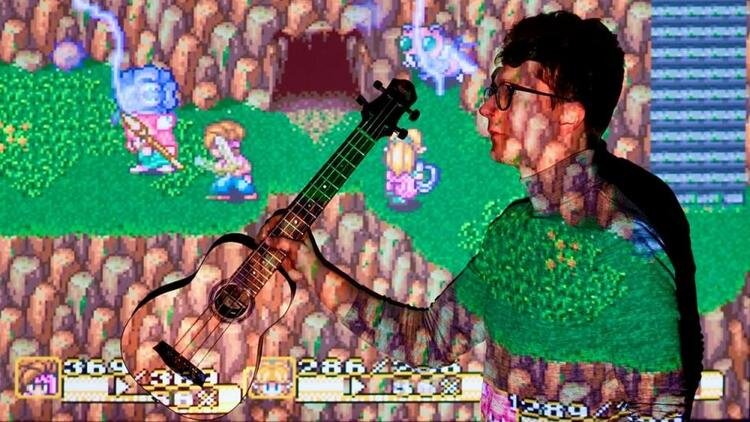 2. Check out the Luxembourg Science Center

The Luxembourg Science Center is a fun and entertaining discovery centre dedicated to science and technology. In our large exploration room, visitors discover over 75 interactive stations, spectacular "science shows" and daily workshops allowing them to observe and play with the wonders of our world. Whether it is to lift a car with one hand, play a game of table football with a robot, melt steel in seconds or participate in a scientific cooking workshop, this place will turn every adult into a child again.

LuxLumen is a project initiated by Paul Schumacher (aka Melting Pol) together with the Sight & Sound Quartet. The four artists revisit Luxembourg's heritage by offering a live audiovisual performance in the heart of the Saint Michel church. The vaults of the oldest church in Luxembourg City are turned into a projection surface, while the walls and pillars resonate with the sounds of acoustic instruments. The show lasts 25 minutes and will be performed for three days, this three times per evening, at 7pm, 8.30pm and 10pm. This is quite an extraordinary event, and seats are limited, so make sure to reserve ASAP. 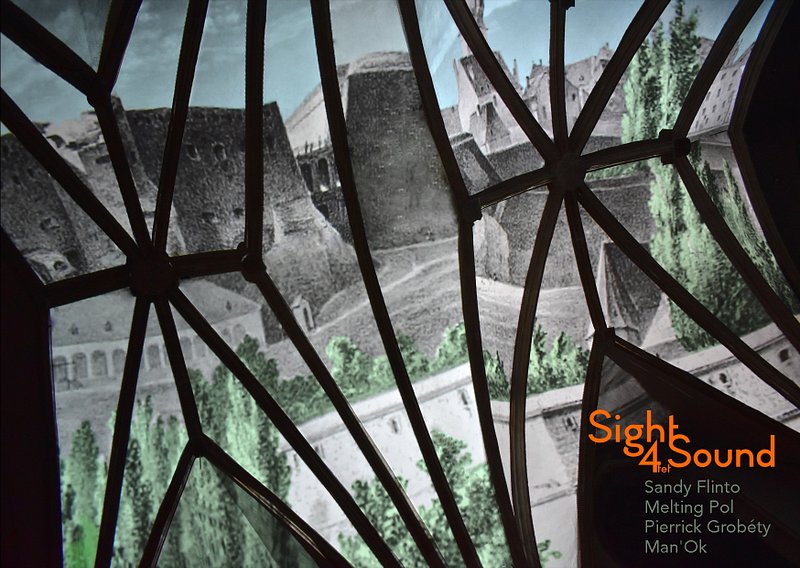 4. Go on a guided tour of the capital

What: Get to know Luxembourg City
Where: Starting points tend to be outside Luxembourg City Tourist Office on Place Guillaume II.
When: Weekends, but times vary depending on languages - info & tickets here

Sometimes it can be fun to take a guided tour in your own city or country, despite having lived there for a while, and just pretend you're a tourist again (and cheekily surprise the guide with your knowledge). Tours are back in the City, after a long pandemic-induced break. You can opt for the City Promenade tour, Wenzel Circular Walk, City Promenade for kids, or the Vauban Circular Walk, all focusing on different aspects of Luxembourg City and with different walk lengths. Tours are available in several different languages (including English), so check out the timetable and book yours for one of these next sunny weekends to come. 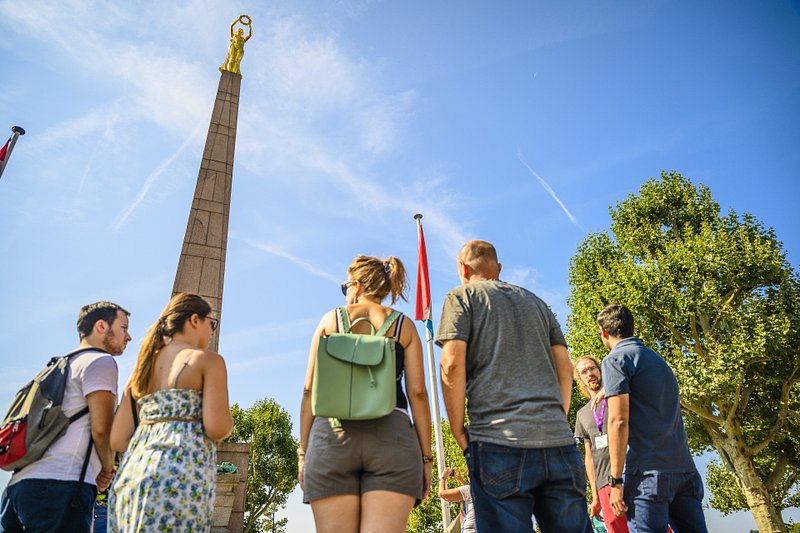 Painter and graphic artist Victor Tricar was born in Paris, but has been a regular at the annual Luxembourg Art Week. He has travelled the world and lived in Europe, the United States and Central America. During his travels, he painted, exhibited his works, gave lessons and led artistic workshops. He now lives in Luxembourg where he joined HARIKO and its collective of artists, and his work can be seen at Le Castel Art Gallery. 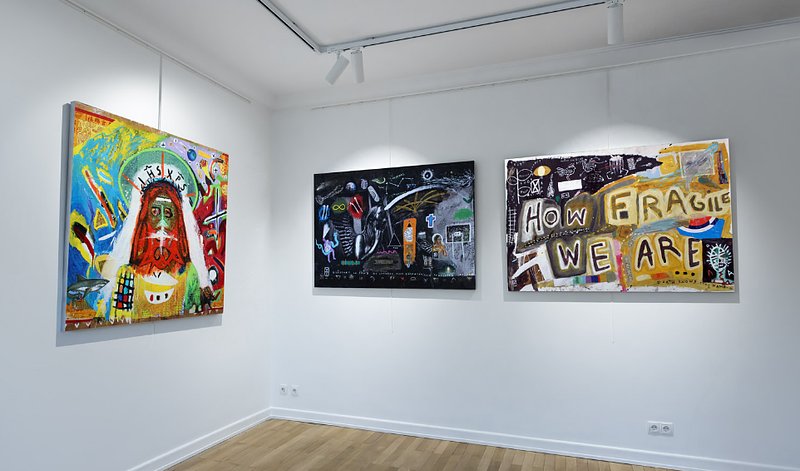 Walking around the Biodiversum Camille Gira nature and forest centre in Remerschen takes your mind off the troubles and worries of everyday life. The discovery trails lead you around ponds, lush greens and forests. There is also a visitor's centre that blends into its surroundings thanks to incredible architecture and use of materials. On two floors, themes are linked to the protection of birds and nature, as well as historical and geological evolution of the region. Group tours can be booked, and there is a list of activities on the website taking place throughout the year. The video below is just stunning and makes your editor want to hop over there straight after work.

According to Metacritic, Nomadland was ranked the best of 2020 by critics more often than any other. The film tells the story of a woman in her sixties who, after losing everything in the Great Recession, embarks on a journey through the American West, living as a van-dwelling modern-day nomad. The Hollywood Reporter called the film "a powerful character study", and it has won countless awards since its release.