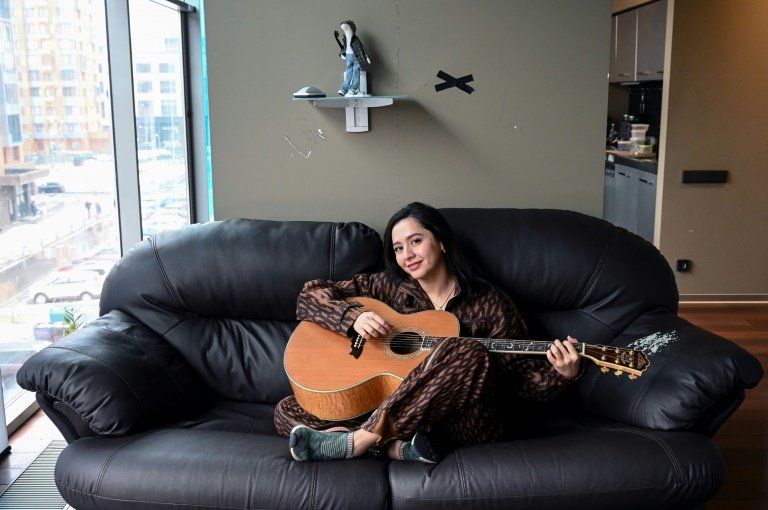 Singer Manizha who will represent Russia at the 2021 Eurovision Song Contest in Rotterdam, said her anthem had "hit a nerve" / © AFP/File

Senate speaker Valentina Matvienko on Wednesday slammed as "nonsense" Russia's entry to this year's Eurovision Song Contest, which is being probed by investigators after upsetting conservative groups.

Manizha Sangin, known as Manizha, is set to perform "Russian Woman" at the annual competition in the Netherlands in May.

The lyrics praise the strength of Russian women, urging them to be more independent and to resist sexist views on beauty, age and bearing children.

During a session of Russia's upper house of parliament, the Federation Council, Matvienko described the song, which fuses Russian folk music with hip hop, as "nonsense".

"Some kind of mumbo jumbo, some kind of nonsense. I don't understand what it's about at all," she said.

"It's all very strange, to put it mildly," Matvienko said.

Afanasyeva had previously said the choice of Manizha, who was born in Tajikistan, to represent Russia at Eurovision had "surprised many Russians".

"They were surprised by her appearance, surprised by the song," Afanasyeva said, adding that they did not understand the "African-American dances" in her music video.

Russian investigators this month announced they will examine the lyrics of the 29-year-old singer's song for "possible illegal statements".

The move came as a union of Orthodox women called for a ban on Manizha's music video and her participation in Eurovision, and after a website devoted to veterans urged investigators to initiate criminal proceedings into her song.

In an interview with AFP this month, Manizha said her song was an anthem "against stereotypes that I had faced".