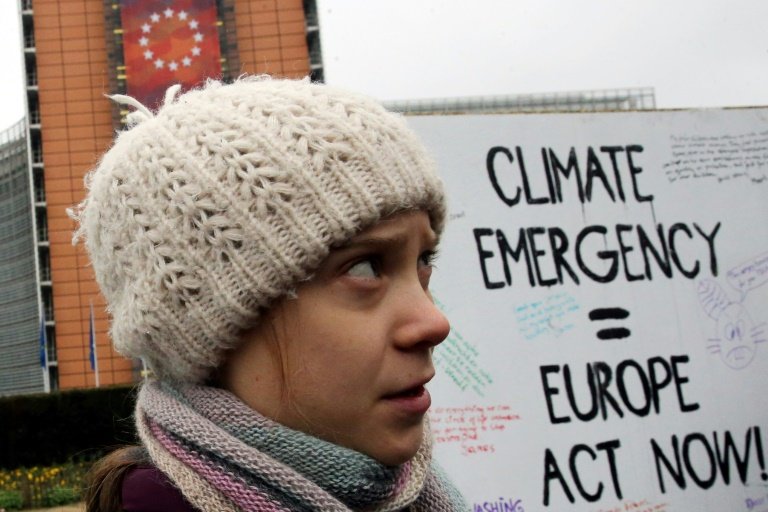 The installation of a statue of climate change activist Greta Thunberg at a UK university on Tuesday has sparked a backlash among staff and students who have said the money could have been better spent.

The statue of the Swedish campaigner was installed at the University of Winchester in southern England to reflect its "commitment to sustainability and social justice," the university said in a statement.

However, the Winchester branch of the University and College Union (UCU), which represents academic staff, has dismissed the monument as a "vanity project" and criticised its £24,000 (28,000 euro, $33,000) cost amid the coronavirus pandemic.

In a statement, the UCU said funding for the statue should have been used to prevent cuts to services and redundancies and called decision-making about its installation "opaque".

Winchester Students' Union president Megan Ball told the BBC that students were not questioning Thunberg's contribution as an important campaigner but instead wanted the university to address "critical issues" facing students.

"We're in a Covid year, lots of students haven't really had access to campus, lots of them are trying to study online and are in dire need of support," Ball said.

"We are calling on the university to match the statue cost by committing £23,760 in additional funding to student support services across campus," she added.

The university's vice-chancellor Professor Joy Carter has emphasised that no funding was diverted from students or staff to pay for the statue.

"The university's approach to art is to commission or purchase unusual and striking pieces which embody our distinctiveness and values," Carter said, praising Thunberg as "a world leading environmental activist".

"We know that many find her a controversial figure," she said, adding that the university welcomed "reasoned debate and critical conversations".

Thunberg, who began campaigning against climate change in 2018 at the age of 15, has earned Amnesty International's top human rights prize and the Swedish Right Livelihood Award, often presented as an alternative Nobel.

In 2019 she was named person of the year by Time magazine.