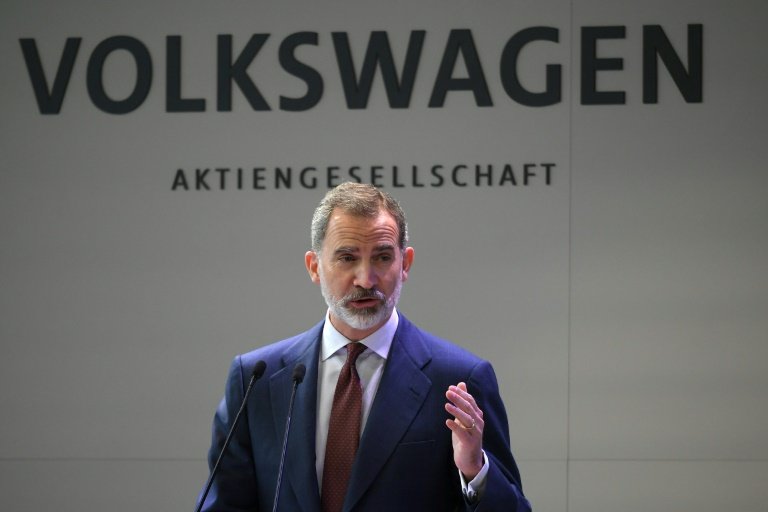 King Felipe VI of Spain has renounced any future personal inheritance he might receive from his father and stripped him of his annual allowance of nearly 200,000 euros / © AFP

Families are frequently a source of embarrassment, but the recent troubles caused by Spanish King Felipe VI's relatives belong to an entirely different realm.

From expedited Covid vaccinations to tax offences and shady financial dealings by family members, Felipe has found himself in a royal mess sabotaging his efforts to clean up the image of Spain's scandal-tainted monarchy.

It has in some ways left him tilting at windmills.

Earlier controversies led to him cutting off his own father's allowance, among other steps, but now more may be on the way as he seeks to balance family concerns with understandable outrage in Spain.

Last week his father, former king Juan Carlos, announced he had settled debt of nearly 4.4 million euros ($5.3 million) with the Spanish tax office due on the value of previously undeclared private jet flights paid by a foundation based in Liechtenstein.

It was the second such tax settlement in less than three months for Juan Carlos, who went into self-exile in the United Arab Emirates in August as questions mounted over the origins of his fortune.

The former king is the target of three separate probes into his financial dealings.

And on Wednesday King Felipe's older sisters Elena and Cristina acknowledged that they were vaccinated for the coronavirus while visiting their father in Abu Dhabi, sidestepping the immunisation queue in Spain. 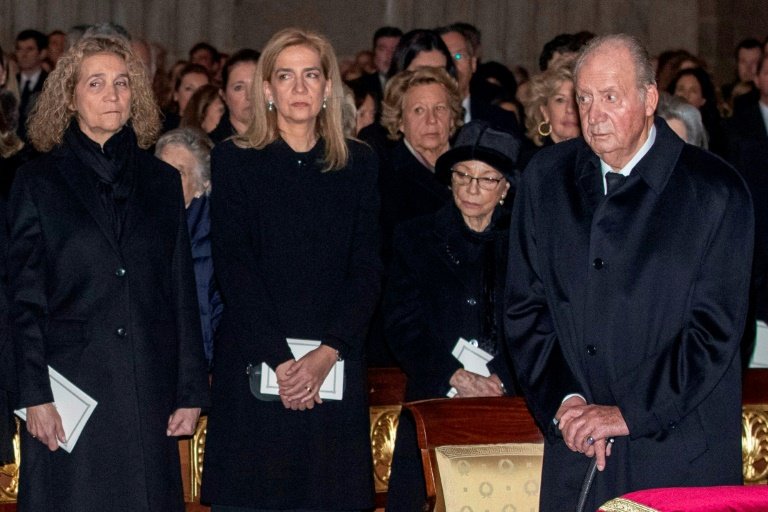 The king's spokesman stressed his sisters, just like his father, were no longer officially part of the monarchy and he was therefore not responsible for their actions.

"He takes it badly, logically...because like everyone else, he has a heart" but "his role is to protect the monarchy from the storm," journalist Jose Apezarena, the author of several books on Felipe, told AFP.

"It is clear to him that if he has to choose between the family and the monarchy, he will choose the monarchy."

After Juan Carlos abdicated in 2014 against a backdrop of scandals over his finances and love life, Felipe VI ascended the throne with the goal of restoring the monarchy’s prestige.

He promptly ordered an audit of the royal household's accounts and issued a "code of conduct" for its members.

The following year he stripped the title of duchess from his sister Cristina who was implicated along with her husband Inaki Urdangarin in a wide-ranging case of embezzlement of public funds.

The couple stood trial in 2017. While the court acquitted Cristina, her husband is serving a jail sentence of five years and 10 months. 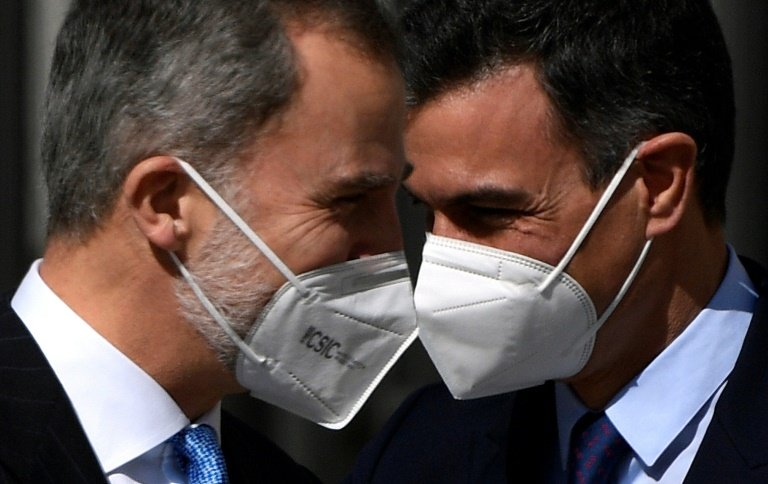 Spanish Prime Minister Pedro Sanchez, pictured here at right speaking with Felipe in February, has refered vaguely to a "road map" to renew the Crown "in terms of transparency and exemplarity" / © AFP/File

Last year Felipe renounced any future personal inheritance he might receive from his father, and stripped him of his annual allowance of nearly 200,000 euros, after new details of his allegedly shady dealings emerged.

The king could be forced to go even further, according to Pablo Simon, a political science professor at Madrid's Carlos III university.

"Felipe VI does not keep his family under control and their behaviour represents a huge reputation problem" for the monarchy, he said.

There will be further revelations regarding Juan Carlos' questionable financial dealings in the coming years and Felipe will have "no alternative but to erect a clearer firewall", such as asking the government to remove his title of king emeritus, he added.

Socialist ministers have in recent days repeatedly praised Felipe as "exemplary" even as they criticise his father's behaviour, and the party backs the continuation of the monarchy.

But the scandals give fuel to the anti-monarchy arguments of far-left party Podemos, the junior partner in Sanchez's minority coalition government.

Podemos, along with smaller Basque and Catalan separatist parties which help the government pass legislation in parliament, are calling for a serious debate over the future of the monarchy.

Sanchez in December refered vaguely to a "road map" to renew the Crown "in terms of transparency and exemplarity".

If a debate over the monarchy's future were to open it would lead to "the fracture of the majority supporting the government", said Simon.