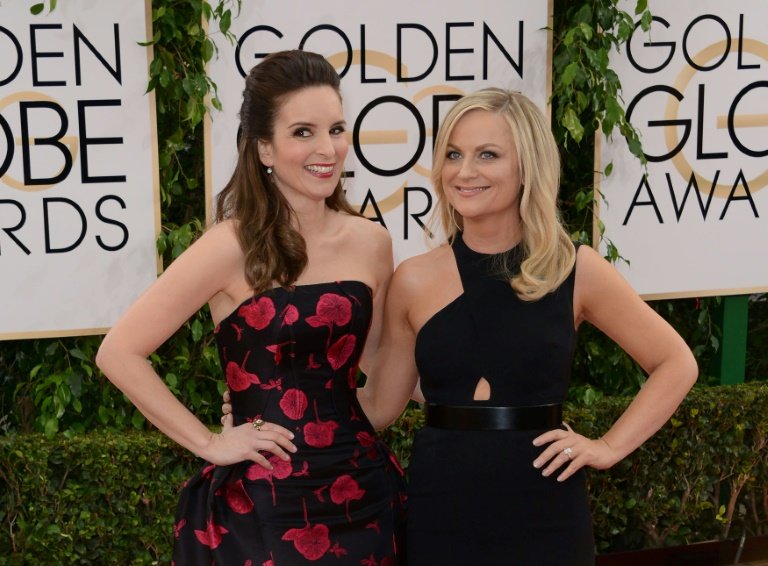 Comedians Tina Fey (L) and Amy Poehler (R) are back to host the Golden Globes once again in 2021, but this time, they will not be side by side but on opposite coasts / © AFP/File

Hollywood's awards season kicks into high gear Sunday with the Golden Globes, but the usual boozy party will be replaced with a pandemic-proof ceremony, hosted by comedians Tina Fey and Amy Poehler from New York and Beverly Hills.

The ceremony will certainly be unusual, given that the stars cannot gather en masse for what is usually the party of the year, but that does not mean the potential for zany fun is completely lost.

After all, if the A-listers cannot convene at the Beverly Hilton, they can always drink champagne at home before they appear at camera to accept their awards.

The following are some memorable Golden Globes moments from years past -- some poignant, some funny and some just plain fun: 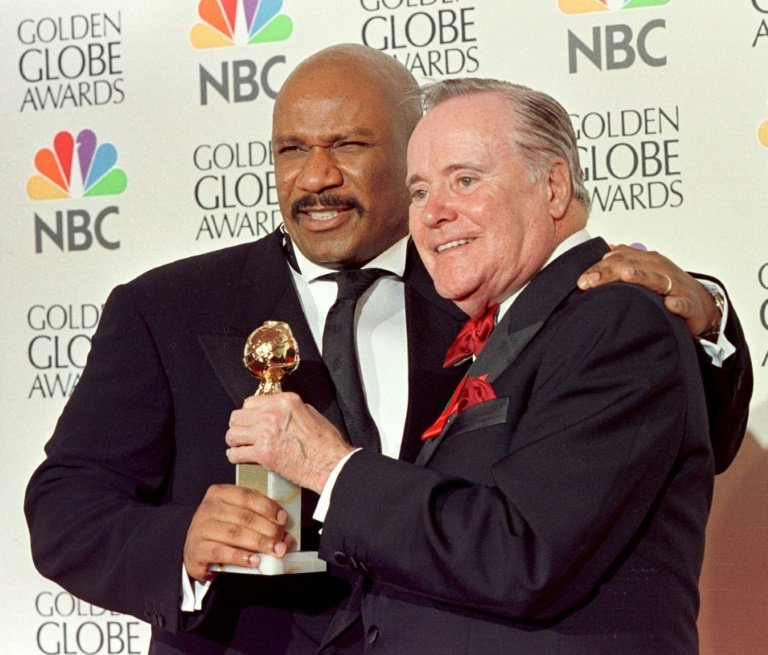 Actors Ving Rhames (L) and Jack Lemmon jointly hold the Golden Globe for best actor in a television movie in 1998 -- Rhames, the winner, decided to give it to Lemmon and refused to take it back / © AFP/File

In 1998, an emotional Ving Rhames, who won the Globe for best actor in a television movie for his work in HBO's "Don King: Only in America," asked fellow nominee Jack Lemmon ("12 Angry Men") to come on stage.

The audience gave Lemmon a standing ovation -- and Rhames gave him his award.

"I feel that being an artist is about giving, and I'd like to give this to you, Mr Jack Lemmon," Rhames said.

"That is one of the nicest, sweetest moments I have ever known in my life," Lemmon said, calling Rhames' performance as the legendary boxing promoter "brilliant."

Rhames refused to take it back when Lemmon offered. The Hollywood Foreign Press Association, which organizes the event, eventually made another award and sent it to Rhames, according to IMDb. 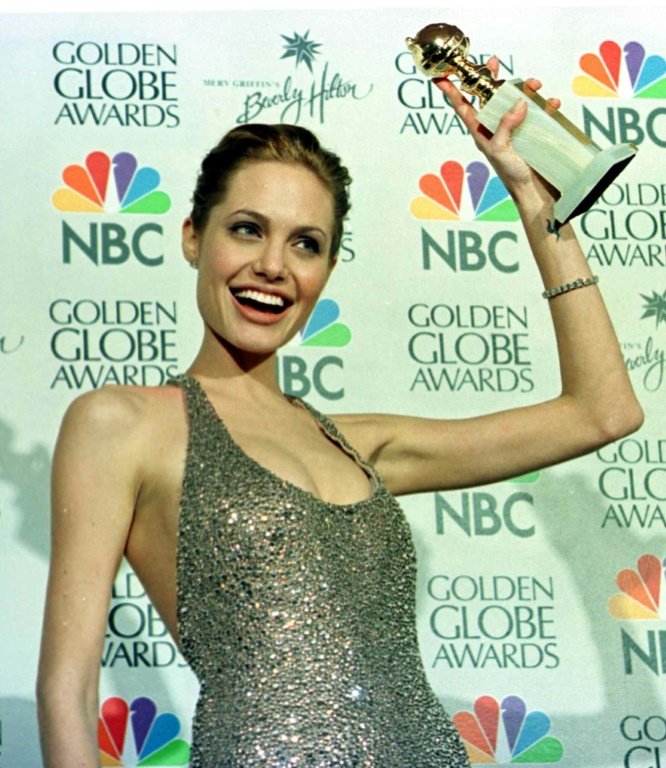 After Angelina Jolie won a Golden Globe for Best Actress in a TV Movie for her role in "Gia" in 1999 (she is seen here with the award), she jumped into the pool at the Beverly Hilton / © AFP/File

Actress Angelina Jolie literally made a splash after her 1999 Golden Globe win, jumping into the pool at the Beverly Hilton -- and pulling a journalist in with her.

The actress had said before the ceremony that she would take the plunge if she won -- and stuck to her word.

She took home the trophy for her work in "Gia," an HBO biopic about model Gia Carangi, who tumbled into drug addiction and died of AIDS-related complications at age 26. 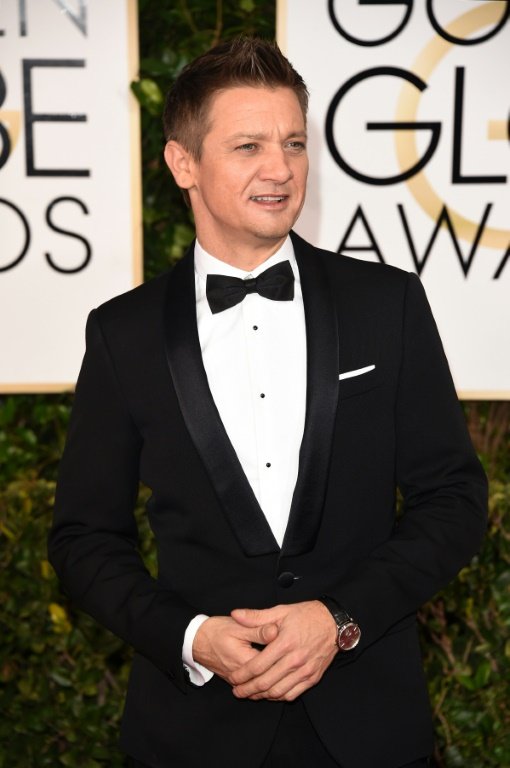 "Avengers " actor Jeremy Renner found himself at the center of a Twitterstorm in 2015 over an off-color joke made as he gave out an award alongside Jennifer Lopez.

After the nominees were announced, the singer -- who recently performed at Joe Biden's presidential inauguration -- asked her co-presenter if she should open the envelope, telling him: "I have the nails."

"You've got the globes, too," he retorted, prompting a wave of complaints on social media that he had sexually harassed her on live TV. 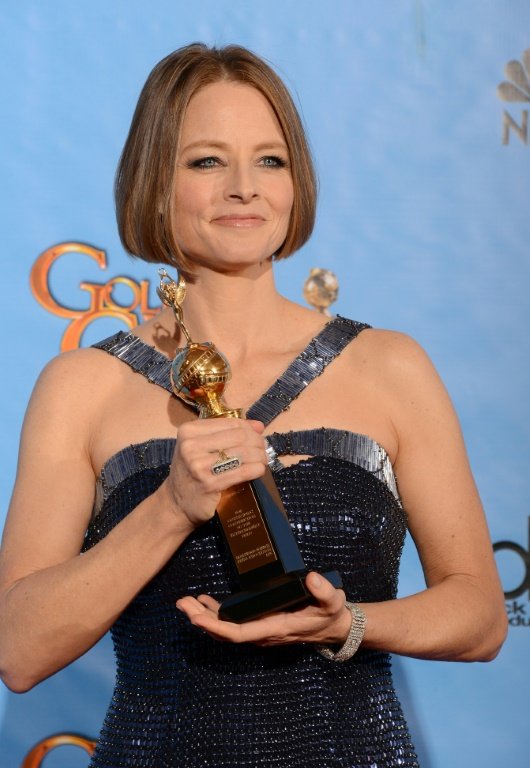 This Golden moment had nothing to do with bad or even cheeky behavior -- actress and director Jodie Foster's moving soliloquy in 2013 remains a highlight.

At the time, the notoriously private Foster was still in what Out magazine witheringly called a "glass closet" -- hiding deliberately in plain sight -- as she prepared to accept a lifetime achievement award.

It sounded like she was finally going to put the issue of her sexuality to rest when she said: "I guess I have a sudden urge to say something that I've never really been able to air in public... But I'm just going to put it out there, right? Loud and proud, right? So I'm going to need your support on this."

And then she said, "I am single. Yes I am. I am single," to laughter and applause, before offering a sweet tribute to former long-time partner Cydney Bernard. 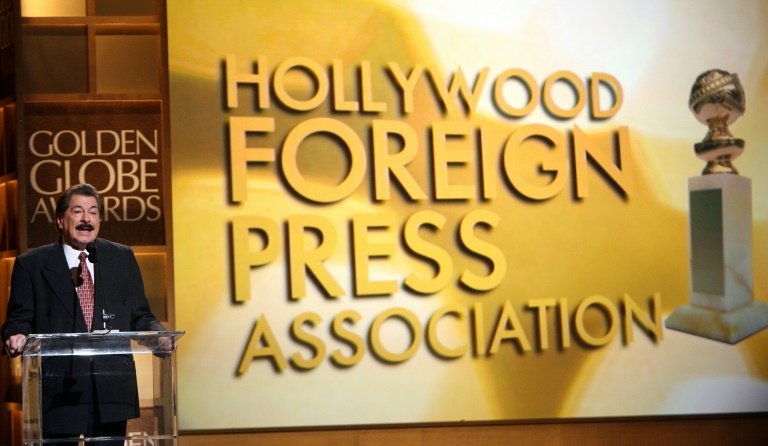 Jorge Camara, president of the Hollywood Foreign Press Association, gives a media conference to announce the Golden Globes winners in 2008 -- the gala was canceled over a strike by the Writers Guild of America / © AFP/File

It's one thing to behave badly at a party, but it's a worse offense to spoil everyone's fun by canceling the event in its entirety.

The Hollywood Foreign Press Association shelved the Golden Globes during the Writers Guild of America strike in 2008 after the Screen Actors Guild said its members wouldn't cross picket lines outside the ceremony.

With the threat of an empty red carpet, the awards were replaced with a dull televised press conference announcing the winners.

Even the pandemic of the past year has not forced a cancellation...