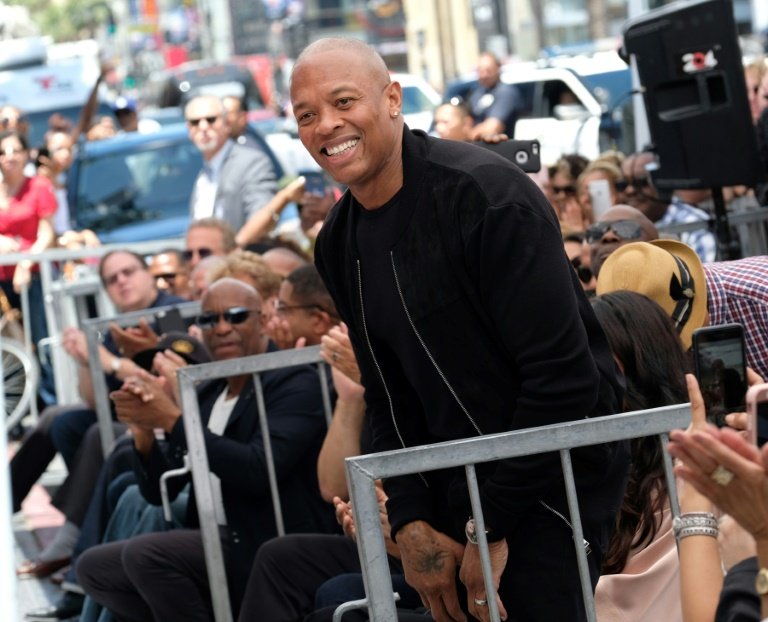 Rapper and legendary producer Dr. Dre posted that he was "doing great" late Tuesday after being hospitalized with a possible brain aneurysm.

"I'm doing great and getting excellent care from my medical team," the music mogul posted on Instagram as reports swirled over his condition.

"I will be out of the hospital and back home soon. Shout out to all the great medical professionals at Cedars. One Love!!" Dre said, thanking his well-wishers.

The 55-year-old rapper born Andre Young is among hip hop's most influential figures, having risen to commercial fame with the groundbreaking gangsta rap pioneers N.W.A. before crafting the quintessentially West Coast G-Funk sound.

The master behind the careers of greats including Snoop Dogg and Eminem became a self-proclaimed billionaire after co-founding Beats Electronics, an audio products company purchased by Apple in 2014.

News of Dre's hospitalization triggered an outpouring of concern on social media including from fellow rappers, with N.W.A. co-founder Ice Cube, tweeting: "Send your love and prayers to the homie Dr. Dre."

"GET WELL DR DRE WE NEED U CUZ," wrote Snoop Dogg on Instagram.

His trip to the hospital comes amid a mushrooming Covid-19 crisis in the Los Angeles area as well as Dre's high-profile divorce proceedings with his longtime partner Nicole Young.

LL Cool J, a rapper who came up in the same era as Dre, tweeted that the music magnate was "recovering nicely."