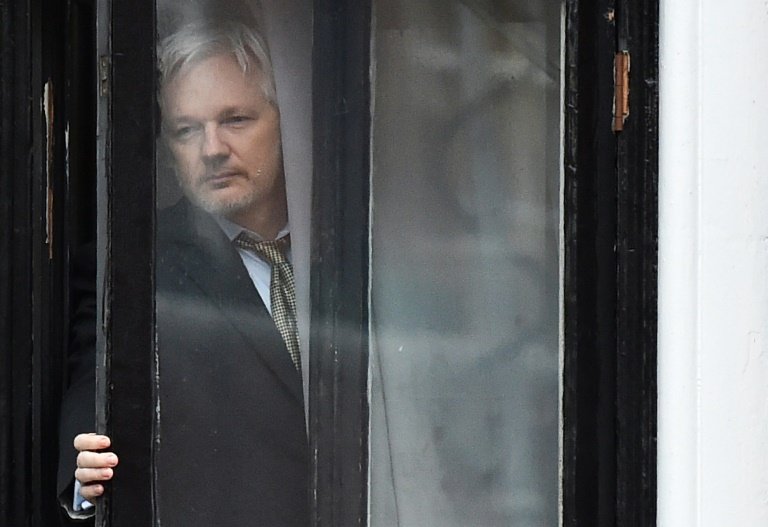 The legal controversies surrounding WikiLeaks founder Julian Assange are now in their second decade and the divisions between his supporters and critics remain as intractable as ever.

For some, the Australian national, now 50, is a fearless campaigner for press freedom. For others, he was reckless with classified information, possibly endangering sources.

Assange is the figurehead of the whistleblowing website that exposed government secrets worldwide, notably the explosive leak of US military and diplomatic files related to the wars in Iraq and Afghanistan.

He has spent most of the past decade in custody or holed up in Ecuador's London embassy, trying to avoid extradition -- first to Sweden to answer allegations of rape, and then to the United States.

Born in Townsville, Queensland, in 1971, Assange has described a peripatetic childhood and claims to have attended 37 schools before settling in Melbourne.

As a teenager, he discovered a talent for computer hacking, which soon brought him to the attention of Australian police. 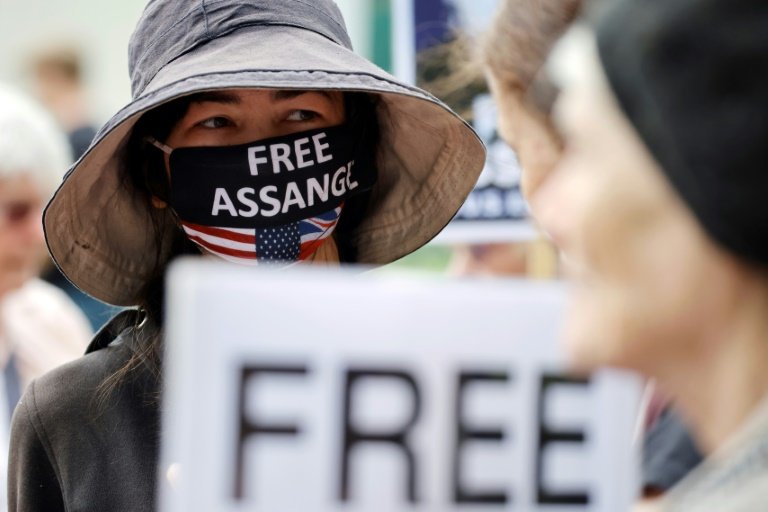 Assange has been held at Belmarsh high security prison in southeast London, despite his extradition being blocked, as he is deemed a flight risk / © AFP

He admitted most of the charges levelled against him, for which he paid a fine.

Assange launched WikiLeaks in 2006 with a group of like-minded activists and IT experts.

"We are creating a new standard for a free press," Assange told AFP in an interview in August 2010. 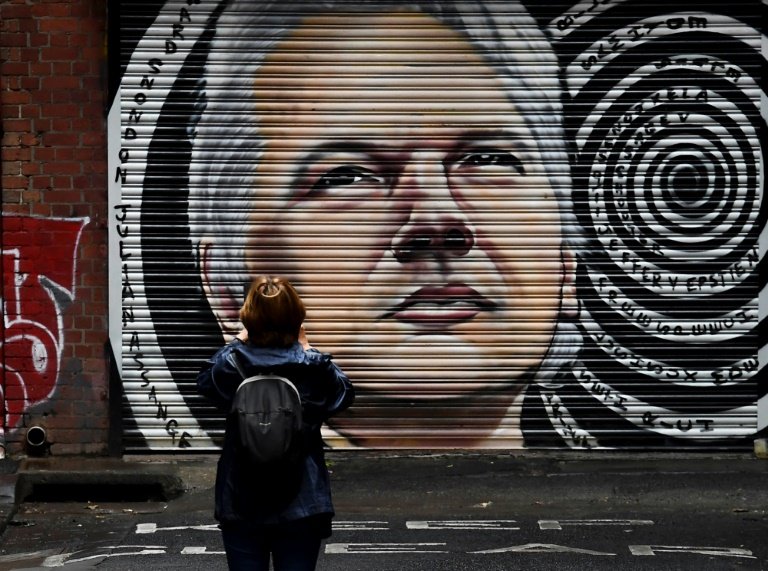 Assange's case has become a cause celebre for media freedom but opponents see him as reckless, alleging he put lives at risk by publishing classified information / © AFP

His current legal saga began in 2010, soon after he published revelations from classified documents about US military campaigns in Iraq and Afghanistan, and rape allegations in Sweden, which he consistently denied.

He was in Britain when Sweden sought his extradition, which he was able to dodge when Ecuador granted him political asylum and allowed him to live in its London embassy.

For seven years, Assange lived in a small apartment in the embassy, exercising on a treadmill and using a sun lamp to make up for the lack of natural light in a situation he compared to living in a space station.

His protracted stay in the mission ended, however, after a new government in Quito turned him over to British police in April 2019. He was arrested for jumping bail and jailed.

Swedish prosecutors had dropped the rape investigation, saying in 2019 that despite a "credible" account from the alleged victim there was insufficient evidence to proceed.

But as Assange had feared, it was then revealed that Washington was charging him with violating the US Espionage Act over the 2010 leaks.

His supporters, including the Chinese dissident artist Ai Weiwei and the fashion designer Vivienne Westwood, claim the charges are politically motivated.

They have repeatedly raised concerns about the physical and mental toll of his prolonged incarceration. 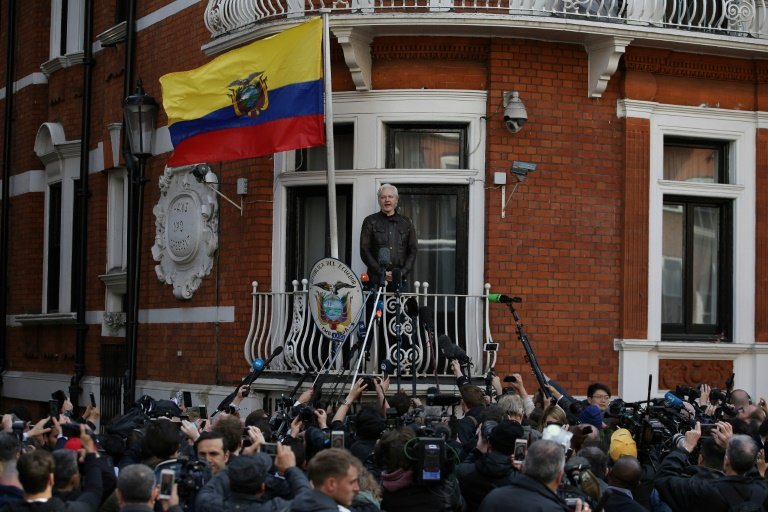 Nils Melzer, the UN special rapporteur on torture, has condemned the conditions at London's Belmarsh Prison where Assange is being held, saying the "progressively severe suffering inflicted" on him is tantamount to torture.

In January, a judge blocked his extradition on the grounds his mental health could deteriorate drastically if he was sent to the United States, and he could take his own life.

Assange was initially supported by human rights groups and newspapers that once worked with him to edit and publish the US war logs. 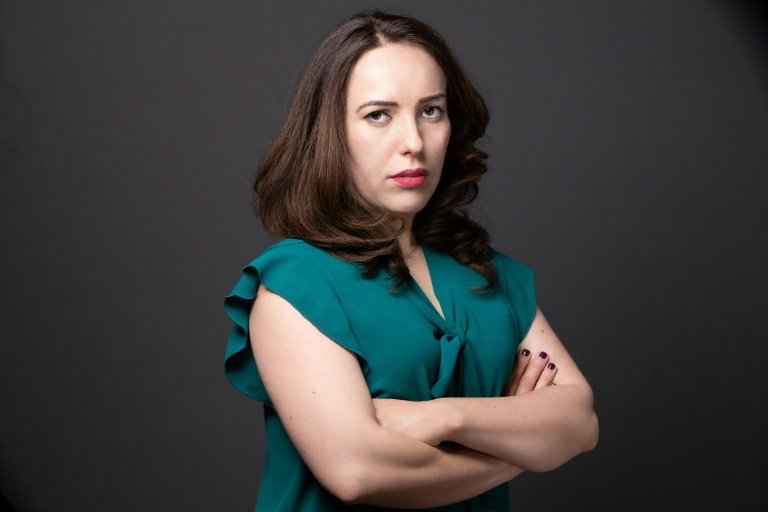 Assange's fiancee Stella Moris, the mother of his two young boys, has been leading the campaign for his release / © AFP

They included a leaked video showing a US military Apache helicopter firing on and killing two journalists and several Iraqi civilians on a Baghdad street in 2007.

But many were horrified when WikiLeaks dumped unredacted documents online, including the names of informants, and Assange fell out spectacularly with his media partners.

US lawyers have conceded that while they were "aware" of sources who disappeared after WikiLeaks published their names, it "can't prove that their disappearance was the result of being outed by WikiLeaks".

Special prosecutor Robert Mueller's probe into interference in the 2016 US presidential election won by Donald Trump found that Russians "appeared" to have hacked Democrat Hillary Clinton's campaign, and then "publicly disseminated those materials through various intermediaries, including WikiLeaks".

But Assange's lawyer asserted in one court hearing that Trump had promised a pardon if his client testified that Russia did not provide the emails that so damaged Clinton.

Trump has angrily rejected allegations that his campaign colluded with the Kremlin -- claims found to be baseless by the Mueller investigation.

Assange is the father of two small boys with his partner and fiancee Stella Moris, a South Africa-born lawyer.