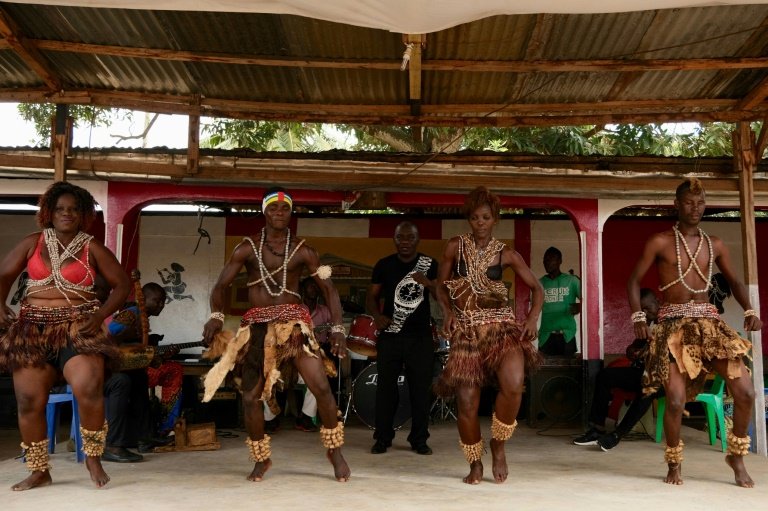 The "motenguene" is an old music and dance style, handed down by the Pygmies / © AFP

The jangle of guitars and throb of the bass push the speakers to their limits as Chouchou and his band, Zokela, take the stage at a dance bar in Bangui, capital of the Central African Republic (CAR).

Urged on by Chouchou, an audience enlivened by lashings of warm beer gets to its feet and the place starts to rock.

Dancers shake their hips, kick high in the air and leap to the beat of the "motenguene" -- an old music and dance style handed down by the Pygmies.

Its name translates into "the dance of the caterpillars," which Pygmies gather for food in ancestral forests in the southwest.

It is one of four such traditions in the CAR, along with the "bird dance" from the north, the "fish dance" of the southeast and the "savannah dance" of central regions.

The motenguene is among just a handful of homemade forms which still survive in a local music market swamped by imported sounds.

But for Chouchou and his band, motenguene is more than music.

They are on a quest to revive a rare cultural heritage -- and help mend a nation scarred by conflict and division.

Dan One, a young rap musician, describes motenguene as "that traditional thing."

"We tend to draw on Western music or on west African music," he said. "Young people copy other countries but they don't know how to promote their traditional culture."

Zokela have been trying to revamp motenguene's image for nearly 30 years.

In their shows, traditional bead necklaces and antelope skins are usually swapped for city-slicker clothes, while the kora -- a delicate, long-necked harp lute favoured in much of West Africa -- has given way to the electric guitar.

"We are using this dance to distinguish ourselves a bit from our brothers in Congo, Ivory Coast and Cameroon," Saint-Pierre Dibaba Alagomme, the founder of Zokela, tells AFP. 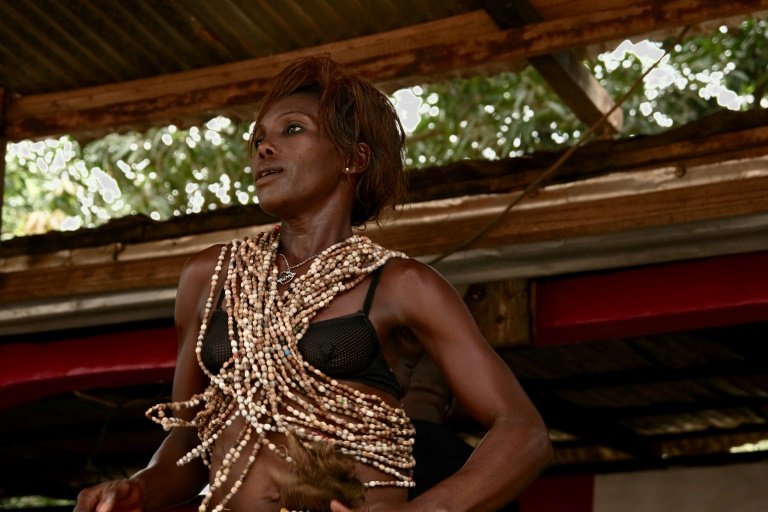 Underneath the gloss of national pride is hope that the CAR, after decades of violence, corruption and nepotism, can find common roots in culture.

In 2013, a coalition of armed groups from the Muslim minority ousted president Francois Bozize, plunging the country into a maelstrom of communal bloodshed.

Violence between Muslims and Christians claimed thousands of lives, on top of older grievances in a nation beset by deep-rooted clan rivalry.

"The crisis that we're going through today in the Central African Republic is primarily a cultural crisis," argues Yvon Eka, a promoter in Bangui and motenguene fan.

"People in the north don't have the same culture as those in the centre. Everyone has their own turf and wants to defend it. Unfamiliarity with someone else's culture breeds mistrust," he adds.

Yet motenguene music could help "to create bonds among the South, the North, the East and the West," Eka suggests.

"Culture is the identity of a country." 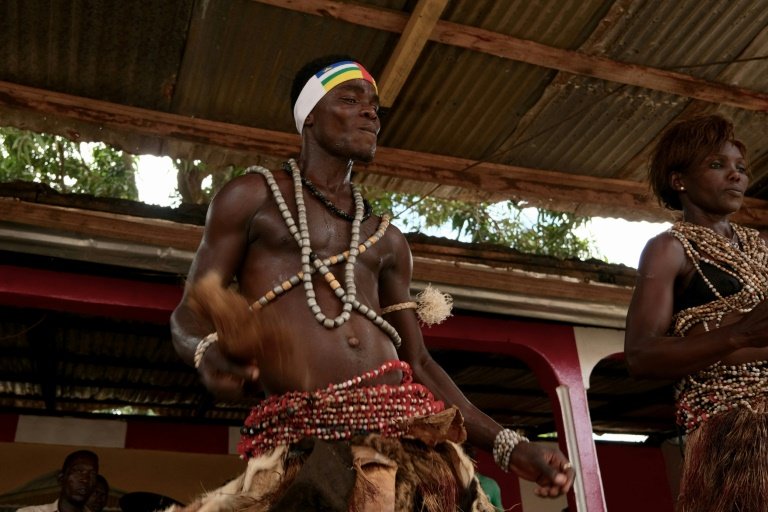 The Central African Republic has no professional record industry, making it difficult for Zokela and other homegrown musicians / © AFP

Locally known musicians including RV Texas and Muziki try to revive the popularity of the motenguene by adapting it to today's tastes, and Zokela and others have toured abroad several times.

And like their peers, the musicians have run up against every conceivable obstacle in their careers.

Three civil wars between 2003 and 2013 severely damaged the social fabric of the country, but the biggest problem for emerging artists is a desperate lack of resources.

The CAR has no professional record industry and musicians must make do with the meagre fees from playing clubs and private functions such as weddings.

These events bring an average income equivalent to 75 euros (about $90) to be shared by 12 to 15 people, in a country where the average pay is roughly 27 euros a month.

Music producers prepared to risk investment at a loss are few and far between.

Recordings cut in such local studios as exist are largely too amateur to be considered for export.

"In the Central African Republic, it's not easy. We don't have good training for technicians and the musicians don't know their job very well, which leads to production difficulties," says Mermoz Tetto, 27, a sound engineer and composer.

In 1985, the national office for authors' rights, Bucada, was founded, but it remains an empty shell to this day. 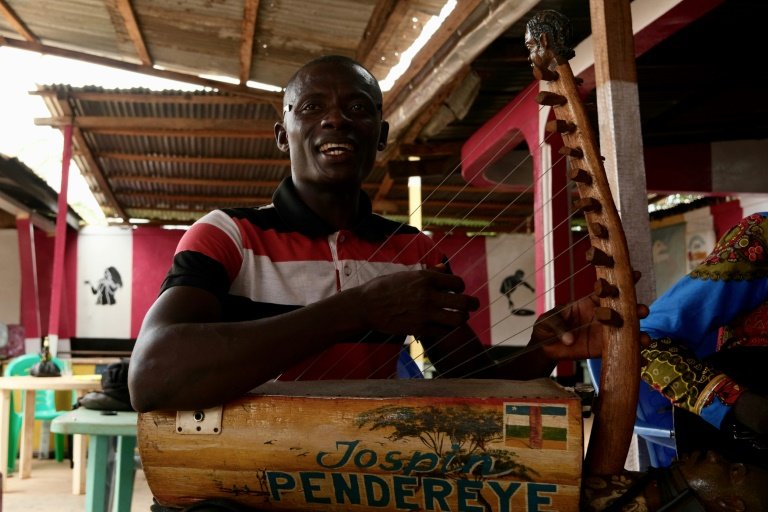 "The creative spirit is there, but you still need a minimum of awareness for artists to understand their rights and duties," Eka adds.

This year, however, the balance has begun to tilt in favour of change.

The government has drawn up a national cultural policy with the help of the International Organisation of La Francophonie, an 88-member community of nations with a shared French-speaking heritage.

"We started with the realisation that the public consumes a lot more products from abroad, because there is no promotion of Central African culture as such," says Philippe Bokoula, director general of the ministry of arts and culture.

In July, a law was passed to make the Bucada operational.

"The major part of the finance will come from the state, while we spread awareness among the radio stations and consumers and draw up charts with a scale of tariffs," Bokoula says.

Yet, the initiative -- awaited for decades -- remains in limbo, pending the publication of a government decree to make it operational.

Performing artists and their fans say they are not holding their breath.

"The last time a law was passed, we waited 15 years for the decree," Eka observes.