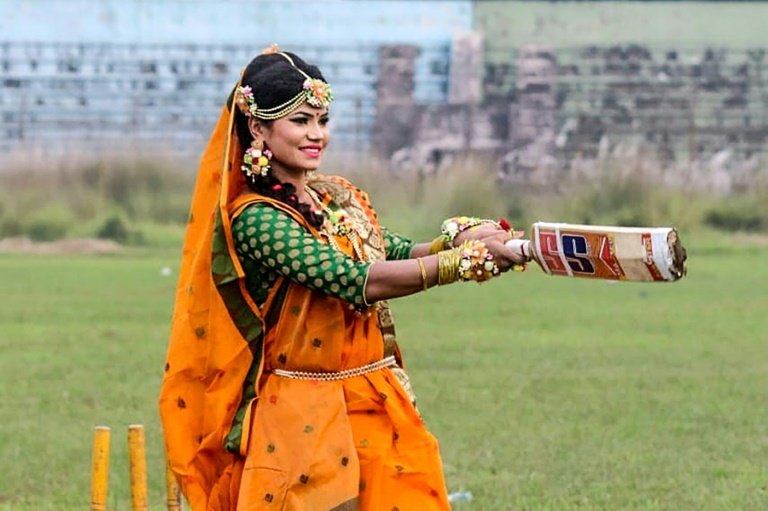 One of Bangladesh's top women cricketers has hit critics for six after being accused of disrespecting national culture by posing for photos in full wedding attire... and a bat.

Pictures of Sanjida Islam wielding a cricket bat while dressed in an orange sari and wearing dozens of bangles went viral after she posted them on social media last week.

The International Cricket Council -- the sport's governing body -- retweeted the pictures to hundreds of thousands of worldwide followers with a tick against a wedding-ceremony checklist reading: "Dress, jewellery, cricket bat."

But some in her Muslim-majority home country said she had gone too far.

Others called for "strict punishment". 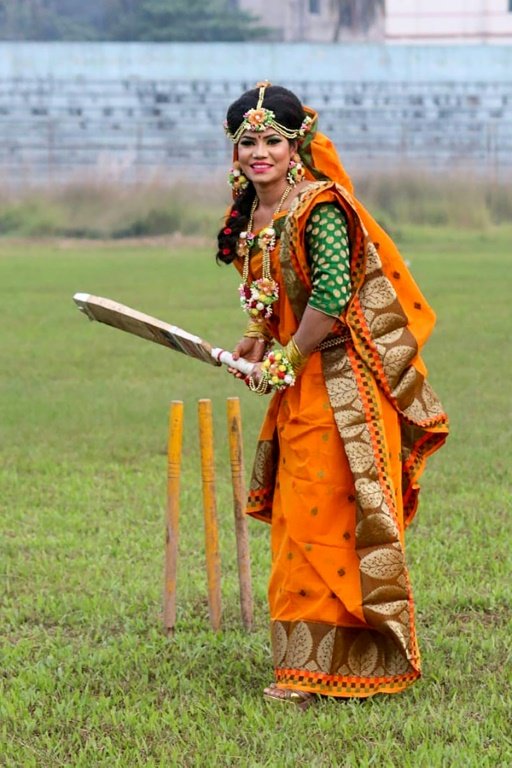 Most people, however, loved the impromptu photoshoot.

"I did not plan to pose with a bat," said Sanjida, who went to the stadium with groom Mim Mosaddeak -- who plays for Rangpur in the Bangladesh championship -- the day before their formal vows.

"I saw some kids playing; I just could not resist ... my teammates captured the moment beautifully.

"I shared the photos casually on Facebook and Instagram. I had no idea they would go viral," she told AFP.