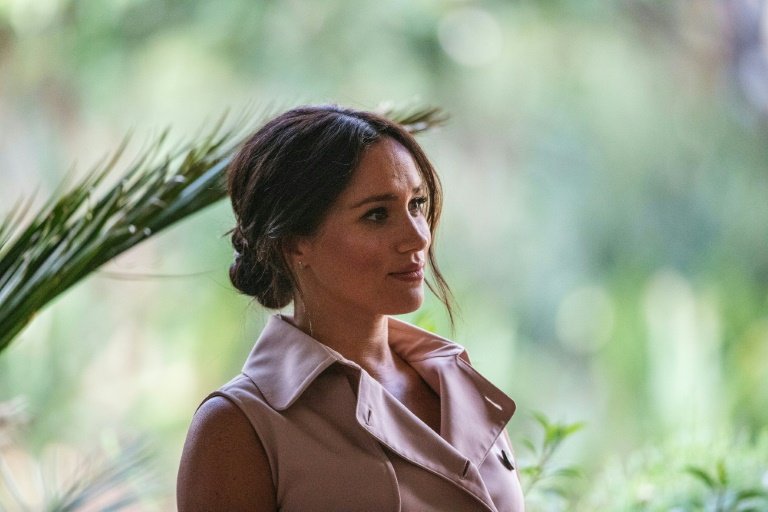 Meghan Markle, seen in Johannesburg in October 2019, urged Americans to vote in what she says are crucial upcoming elections / © AFP/File

US President Donald Trump and Meghan Markle have previous beef and these new comments are the latest in traded insults.

President Donald Trump, seemingly stung by Meghan Markle's recent comments about the upcoming US elections, slammed the actress on Wednesday, saying he was "not a fan" and wishing her husband Prince Harry an ironic "good luck."

Markle, the former "Suits" star and current Duchess of Sussex, had urged Americans to vote during an ABC primetime special Tuesday, telling viewers: "Every four years, we're told, 'This is the most important election of our lifetime.' But this one is."

When asked about the actress's recent comments, Trump told reporters: "I'm not a fan of hers" before adding: "I wish a lot of luck to Harry, because he's going to need it."

Harry, who appeared alongside Markle in their first joint TV appearance since leaving Britain, added: "As we approach this November, it's vital that we reject hate speech, misinformation and online negativity."

The couple quit frontline British royal duties earlier this year and recently moved to California with their one-year-old son, Archie.

"When we vote, our values are put into action, and our voices are heard," Markle said in the special revealing Time magazine's list of the 100 most influential people of 2020.

Markle and Harry have spoken of their desire to "do something of meaning, to do something that matters," in California, where they plan to launch a wide-ranging non-profit organization.