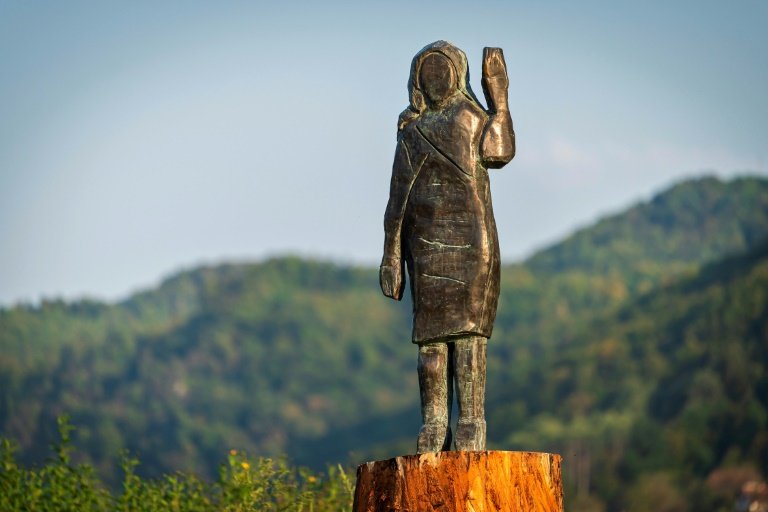 The bronze statue of Melania Trump was unveiled near her , hometown of Sevnica / © AFP

A field in Slovenia near the hometown of US First Lady Melania Trump on Tuesday became the site for the latest artistic homage to Melania to grace her homeland.

A bronze life-sized statue of her by American conceptual artist Brad Downey was unveiled near the town of Sevnica, after the previous one was burnt down by unknown arsonists in July.

Artworks inspired by the Trumps have previously aroused strong feelings in Slovenia. 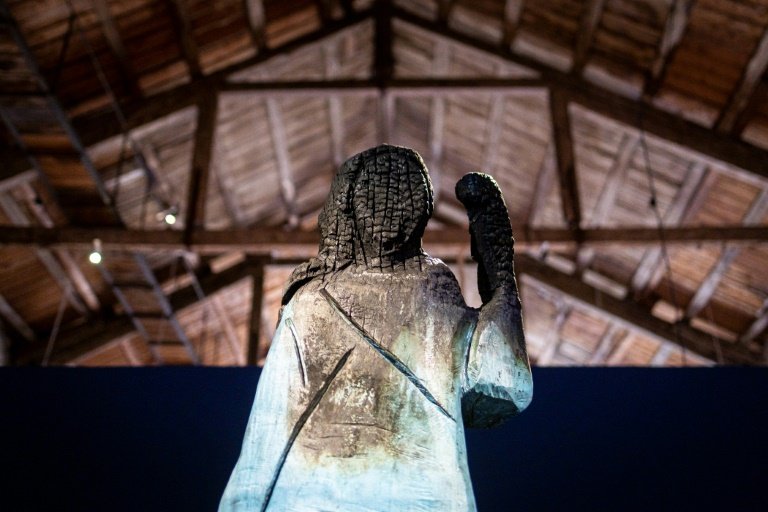 A wooden statue of her husband US President Donald Trump in the village of Sela pri Kamniku -- which was intended as a criticism of populist politics -- was also burnt down in January.

In contrast to the previous Melania statue, which was carved out of a tree and featured a blue dress and heels, the new bronze version is monochrome. 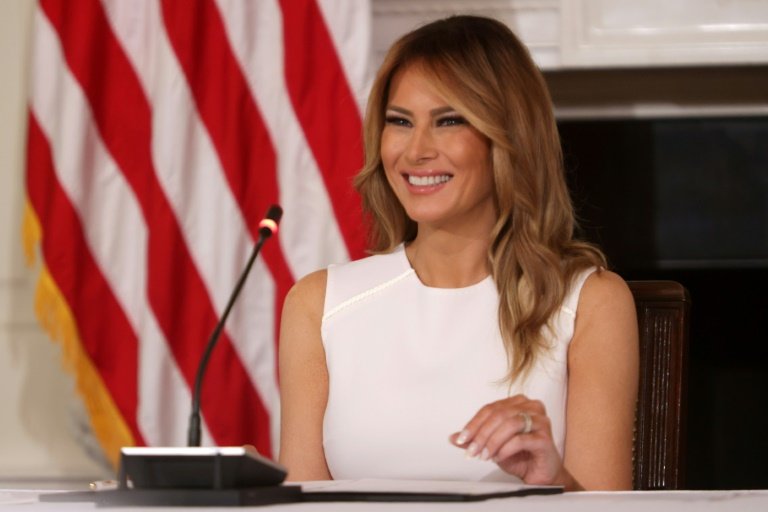 Downey told AFP he wanted his latest work to serve as "an anti-monument, anti-propaganda".

He describes it as a "caricature" but denies that he is seeking self-promotion by unveiling the new statue in the run-up to November's US presidential election.

He does admit some concern that he will end up promoting Trump's campaign, but insists his work is meant as a critique of Trump's anti-immigrant politics, alluding to the fact his own wife is an immigrant to the US.

The statue was made with a mould of the original, which was carved with a chainsaw last year by a local artisan named Ales Zupevc.

Downey commissioned the work after finding out Zupevc was the same age and from the same town as the US First Lady.

"I like it, it's a perfect copy!" Zupevc told AFP before climbing onto the tree stump on which the new statue stands, to pose for locals and for the few reporters invited to the modest unveiling ceremony.

Those present enjoyed a "Melania cake" now produced by a Sevnica bakery, one of a range of Slovenian products devoted to the US First Lady produced which includes Melania honey and even Melania slippers.

As for the locals, those who came to the unveiling were enthusiastic.

"Our whole community, all the houses you see around here, we are all very happy with it and with how it looks," one local mother in her 30s told AFP, without disclosing her name.

Whether all Slovenians take so enthusiastically to the latest addition to the country's canon of Trump family statues remains to be seen.