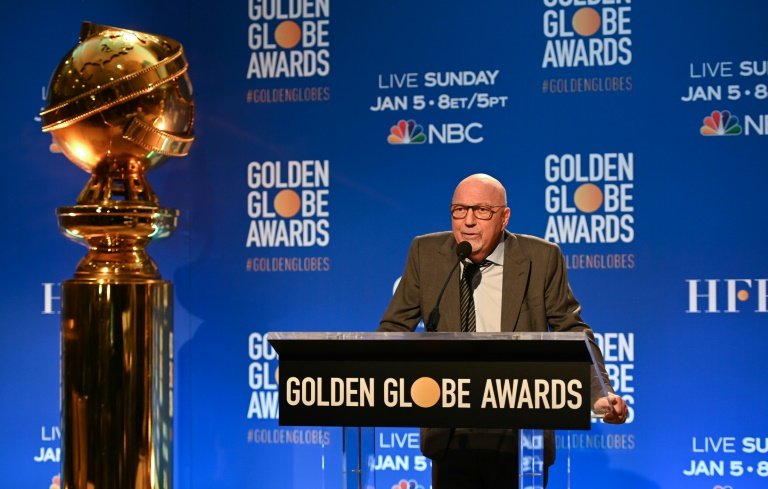 The exclusive group of film journalists that awards the Golden Globes was accused Monday of sabotaging non-members while gorging on lavish perks and unparalleled access to Hollywood stars.

"All year long, HFPA members enjoy all-expenses-paid trips to film festivals around the world where the studios treat them lavishly and accommodate their every desire," said the suit brought by Norwegian journalist Kjersti Flaa.

"Qualified applicants for admission to the HFPA are virtually always rejected because the majority of its 87 members are unwilling to share or dilute the enormous economic benefits they receive as members," it adds.

The HFPA wields considerable power due to its annual Golden Globes -- one of Tinseltown's biggest and glitziest award shows, which is seen as a key step to success at the all-important Oscars.

Yet its membership -- which exclusively decides who walks away with the coveted Globes each year -- is shrouded in mystery.

Though some members work for well-respected foreign media outlets, many are freelancers writing for obscure publications.

The lawsuit details instances of members being wined and dined by Hollywood studios, including a Disney press trip to a Singapore five-star hotel last year.

"The studios, of course, resent having to lavish enormous sums of money on, and being required to cater to, the desires of a few dozen aging journalists who are regularly heard snoring through screenings, but given the importance of the Golden Globes, they see no way to end the farce," says the lawsuit.

Flaa, the plaintiff, applied for membership in 2018 and last year, but was rejected both times.

In her lawsuit, she accuses rival Scandinavian journalists of blocking her entry even though she is qualified to join according to HFPA criteria.

Any foreign journalist seeking entry must be sponsored by two members, and a newcomer's application can be rejected if one member of the association vetoes it.

The HFPA, which has yet to be served with the complaint, denied the allegations and accused Flaa of "ongoing attempts to shake down the HFPA."

"The HFPA has refused to pay ransom, telling Ms Flaa that membership was not gained through intimidation," the group said in a statement to AFP.

"Ms Flaa and her attorney are now asking a court to order her into the organization and pay her.

"The HFPA takes seriously its obligations as an organization and its dedication to foreign journalism and philanthropy, and it will vigorously defend against these baseless claims."