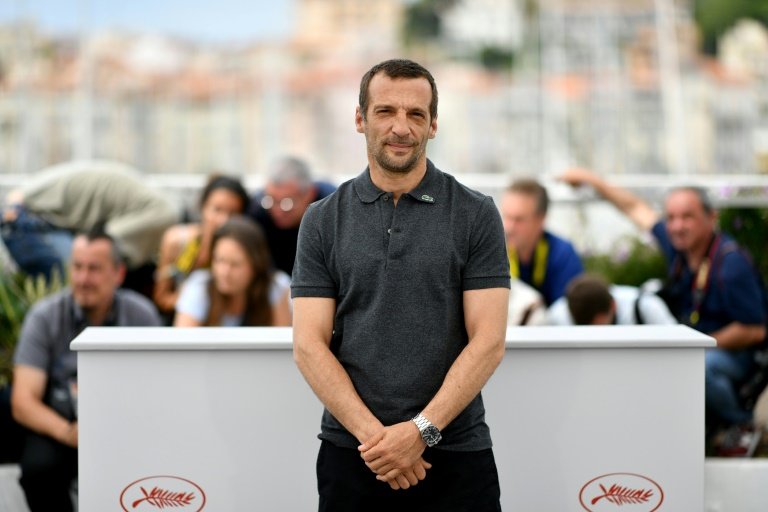 You can forgive Mathieu Kassovitz feeling a sense of deja vu.

His powerful 1995 film "La Haine" (Hate) lifted the lid on the police racism in the poor and seething suburbs of Paris.

A quarter of a century on -- and despite the 2005 riots sparked by heavy-handed policing -- lessons remain unlearned.

The headlines are again dominated, both in France and elsewhere, by police brutality and the Black Lives Matter movement.

"So far so good," said the actor and director with acid irony, repeating the film's most famous line that a man repeats to himself as he falls from a 50-storey building.

"But the important thing is not the fall, it's the landing..."

Kassovitz is re-releasing the gritty black-and-white film about three young men from the high-rises -- which launched the career of Vincent Cassel -- next month in France as the country grapples with another spate of police brutality cases.

It blazed a path for films like "Les Miserables", which covered similar ground and was nominated for a best foreign language Oscar this year, as well as a whole French sub-genre of "banlieue" movies.

Indeed the movie is so "part of people's lives" and French cultural identity in general, that a musical version of the story will hit the stage next year.

Yet the wrongs it took on with what Kassovitz calls a "fierce and hard realism" seem as unresolved as ever.

"It's extraordinary to be able to make something that lasts, even if the problems it confronted are still as sharp," he said.

The banlieues are just as restive and excluded as they were for the film's three highly symbolic protagonists: one Jewish, one North African and the other black, he insisted.

Not that the actor has given up the fight. He regularly engages in bareknuckle Twitter combat with the French police and has been a vocal supporter of Assa Traore, who has led a four-year campaign for justice for her brother Adama, a young black man who died after being pinned to the ground by the combined weight of three officers during a routine identity check.

Traore has become something of a French George Floyd, with thousands of people taking to the streets recently to protest the findings of an inquiry that seemed to clear the police.

"There will always be police brutality," said Kassovitz.

"We should be aware of that. We have to remind ourselves it exists. We also have to learn our history and at a certain moment say, 'That's enough.'"

Beyond its clash between white police and the alienated children of immigrants, "La Haine" struck a universal chord, Kassovitz said.

"We succeeded in making a film about society," he said.

Hailed as an insight into the anger of young people growing up in often poor and neglected estates that ring most French cities, "La Haine" won him best director at the Cannes film festival.

At the time "people knew nothing about them", Kassovitz recalled. "There was no Internet and not as much media as there is now.

"If you wanted to get to know the banlieue you either had to go there or listen to what was being said about them on the state television channel."

Which is why rather than a fictional story, Kassovitz sees "La Haine" more as "cinematic reportage".

"It is not over and we are still in this shit. That's why despite everything it's more important to tell a story about society than it is to make a love story," he told AFP.

Kassovitz, who is about to turn 53, has spent the last few years as the star of the hit French spy series, "The Bureau", playing a fictional member of the country's intelligence service codenamed Malotru (which means lout in French).

A rebel working within the establishment, the role seems almost tailor-made.

Another season could hits screens next year or the year after "if we are not too stupid", he added, referring to the coronavirus.

But Kassovitz does not rule out producing and director more films.

"Let's see," he said. "Cinema has changed a lot and I am a little bit of a dinosaur.

"The problem is when you make a film that endures like this is, is that you know that you are not going to something better."