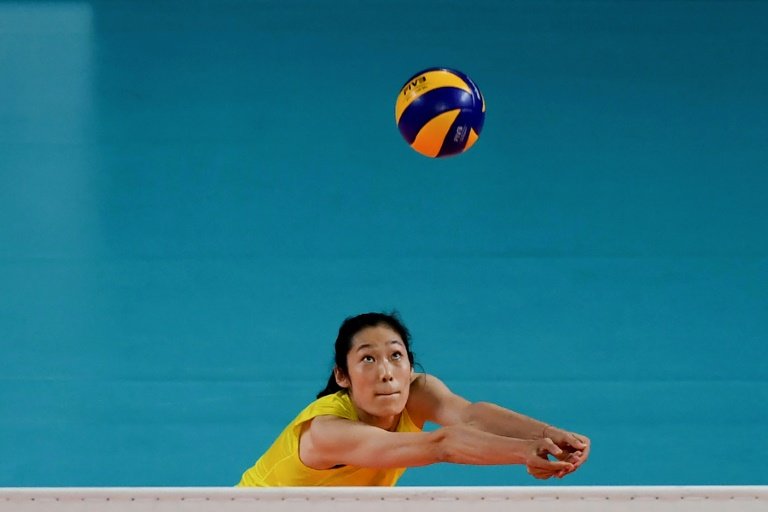 Zhu Ting is one of China's biggest sports stars / © AFP/File

The 25-year-old farmer's daughter has emerged from a poor village life to become a totem of the sporting ambitions of the world's most populous country.

As captain and figurehead of China's women's volleyball team, the reigning Olympic champions, Zhu is one of the country's biggest stars.

State television once feted her as "an invincible and dominant superhero" and she is held up by Chinese authorities as a shining example of what can be achieved by hard work and dedication to her country.

Her stature with China's ruling Communist Party is such that she was present at its once-a-year congress last month in Beijing.

Underlining Zhu's broader popularity, a nurse fighting coronavirus at the epicentre city of Wuhan in March posted a photograph of herself wearing a white protective suit with a picture of the volleyball star drawn on it.

Also scribbled were the words: "Proud that I was born in the era of Zhu Ting."

Zhu, named MVP at the Rio 2016 Olympics as she dragged China to gold, has earned numerous adoring nicknames down the years. Many fans call her simply "Queen".

She is the most prominent sportswoman to emerge in China since Grand Slam-winning tennis player Li Na, with a rags-to-riches life story that has played prominently in the country's patriotic press.

Despite the attention piled on Zhu, Bai Junhong, an editor of an unofficial online fans' group, describes her as "low-key". 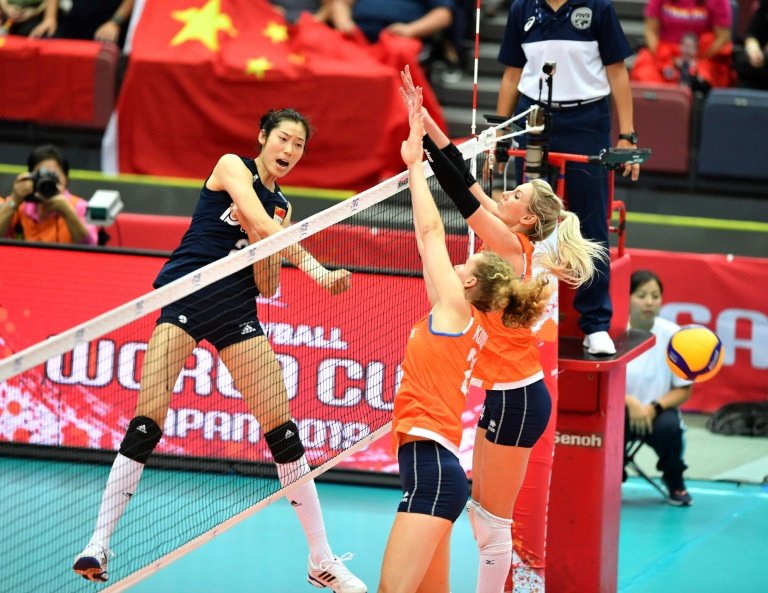 Despite her success, Zhu is described as 'low-key' / © AFP/File

She is not the type to boast, Bai says, and does not post often on Weibo -- hence why the fan group has 5.2 million followers on the Twitter-like social media platform, compared to Zhu's 4.1 millon.

Bai tells a story of how when Zhu learnt that a fan was terminally ill, she contacted the supporter through social media and sent a signed gift.

"She is a role model -- willing to learn, has the courage to try anything and can steel herself to face difficulties when she encounters them," the 32-year-old Bai said.

"It is a perfect interpretation of the spirit of the women's volleyball team that the Motherland is supreme, united, tenacious, hard-working and never fails."

Zhu hails from a village in the central province of Henan, her parents are farmers and she is one of five daughters.

"When she was a little girl our family was so poor that we could not afford a photo of her," her father Zhu Anliang told state media after her heroics in Rio, where she was the tournament top-scorer with 179 points.

All of Zhudalou village has benefited from Zhu's success with local officials replacing a dirt path to the entrance with a concrete one.

Villagers branded it "Zhu Ting road", according to the state-run Global Times, which called Zhudalou "an obscure and poverty-stricken place".

After swapping village life for a state-run sports school -- where the young Zhu cried for her parents at the outset -- she made her debut for China in 2013.

Following the Rio Olympics, she moved to Turkey to play for VakifBank and reportedly signed a $1.2 million contract, making her one of the highest-paid players in volleyball.

In January last year, Under Armour added Zhu to its list of athletes -- joining Tom Brady and Stephen Curry -- and said she was "a face of Asia-Pacific" for the US brand. 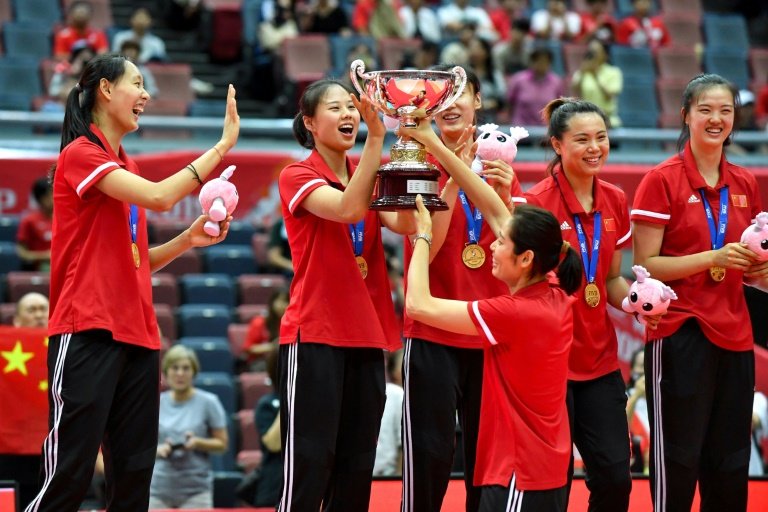 She returned to China to play for Tianjin in October last year, in preparation for helping her country defend their crown at the Tokyo 2020 Olympics.

The Games have been moved to summer 2021 because of coronavirus.

It is a measure of her humble personality that each time praise comes her way, Zhu deflects it away from herself.

"Me being the captain is just an idea to the public, but within the team, I'm not really 'leading' my team-mates," Zhu said in an interview published Friday.

"They don't call me captain, they call me Zhu."