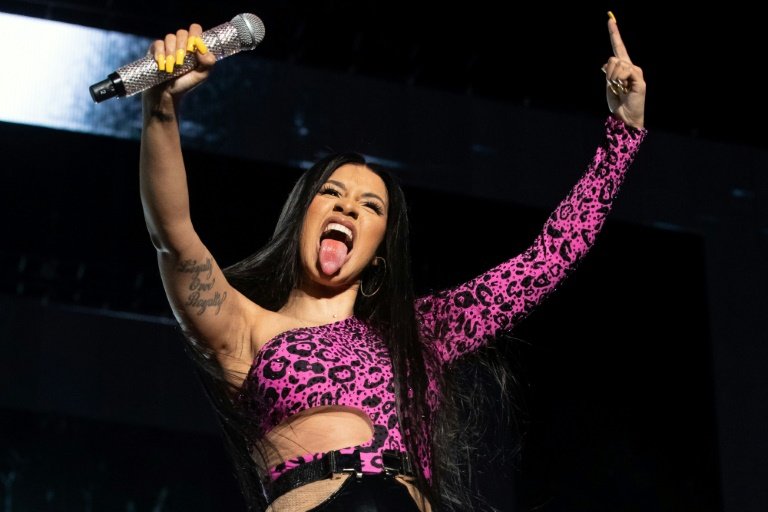 Warner Music Group, one of the globe's "big three" recording companies, is set to proceed with its initial public offering valuing the company up to $13.3 billion.

Evidence of streaming's boon to the once beleaguered recording industry, the closely watched listing could come as soon as Wednesday, according to US media reports.

The debut planned on the Nasdaq comes less than a decade after Warner was purchased for $3.3 billion in 2011 by Access Industries, a group of investors headed by billionaire Len Blavatnik.

Warner Music -- home of Cardi B and Ed Sheeran as well as lucrative back catalogues from the likes of Madonna -- hopes to sell 70 million shares at between $23 and $26 apiece, which would value the company at $11.7 billion to $13.3 billion.

Access will maintain its majority stake and collect proceeds from the sale.

Warner had initially announced IPO plans in February before postponing them over the coronavirus pandemic, still considered a risk factor to the company's business.

The infection's spread dealt the music industry a major blow especially to live performances, with a Goldman Sachs report projecting a 25 percent drop in global revenue though forecasting a brighter outlook for 2021.

According to a New York Times report, Warner executives have told employees to participate in the blackout day -- but the IPO will go on.

Warner owns and operates some of the globe's most successful labels, including Atlantic Records, Elektra Records, Warner Records and Parlophone.

In 1929 the film mogul Jack Warner -- a notoriously hard-edged executive who inspired fear in his employees but gained a reputation for shrewd instinct as head of Warner Bros. Studios -- founded the Music Publishers Holding Company to provide cheap access to music for his films.

But it wasn't until 1957 when the film studio's contracted clean-cut heartthrob Tab Hunter jumped onto the top music charts with the hit "Young Love" that the studio decided to establish an official music arm: Warner Bros. Records.

In 1963 the company acquired Reprise Records, a label founded by Frank Sinatra who desired more control over his music.

The company in the 1960s nabbed the storied Atlantic Records -- a top brand famous for producing landmark soul recordings of Aretha Franklin and Otis Redding -- after Seven Arts Productions purchased Warner Bros in 1967.

It was Atlantic and its subsidiaries that ushered in Warner's rise to power, bringing evergreen catalogues including that of Ray Charles.

- The artist formally known as Prince -

In 1969 Kinney National Company acquired the Warner-Seven group and scooped up Elektra Records -- bringing in top acts like The Doors -- and later David Geffen's Asylum Records, which brought the Eagles and Joni Mitchell into the fold.

The Pretenders, the Ramones, the Talking Heads and Madonna all came in as part of the subsidiary Sire Records, as Warner Bros. signed Prince -- poising the company to all but own the eighties.

But it suffered a number of controversies in the 1990s, including a public spar with Prince over artistic freedom as well as fury over the song "Cop Killer" from the heavy metal/rap group Body Count, led by Ice-T, widely denounced including by then president George W. Bush.

Internal power struggles also marred the label with a number of major executive departures, leading to spats including a lawsuit from Metallica over the shake-up.

The company dropped Interscope, the label behind the "Cop Killer" controversy that also saw disputes with Snoop Dogg and Dr. Dre.

It was a boon for rivals: Interscope was scooped up by rival MCA Inc -- now known as Universal Music Group, today the largest record company in the world.

Suffering after the dot-com crash and a CD price fixing scandal, Time Warner spun off Warner Music Group in 2004 to a group of investors for $2.6 billion. It went private in 2011 after the Blavatnik conglomerate's purchase.

But today it's riding the streaming wave, a major revenue source for record companies and publishers even as artists complain of measly royalties.

Warner Music in April saw a 12 percent jump in streaming revenue. In its last fiscal year the company reported $4.5 billion in revenue, up from $3 billion in 2015.