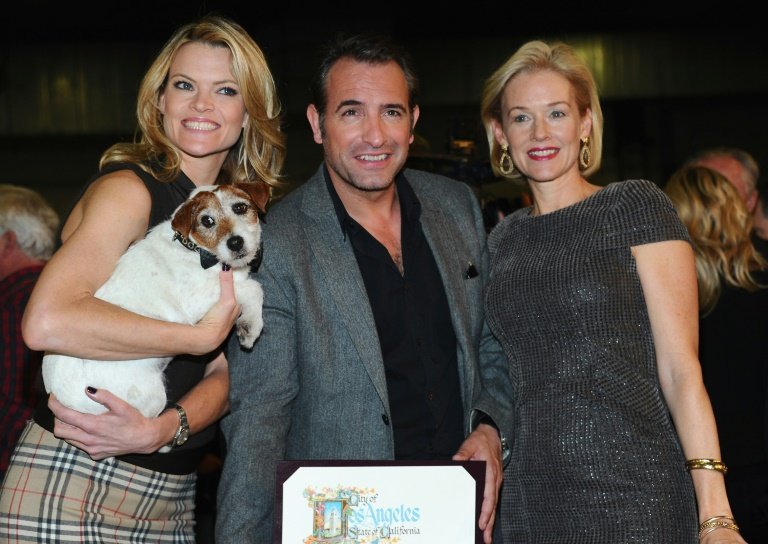 Uggie the adorable terrier from the Oscar-winning film "The Artist" was posthumously awarded the Palm Dog of Palm Dogs Friday for the best canine performance ever at the Cannes film festival.

With the film world in mourning after Cannes was cancelled because of the coronavirus, the ceremony was conducted virtually, with Dash -- Uggie's old friend and understudy, who also appeared in the 2011 silent comedy -- accepting the diamante-encrusted collar on his behalf.

Uggie passed away five years ago aged 13 but not before charming the world after making his first big splash at Cannes. 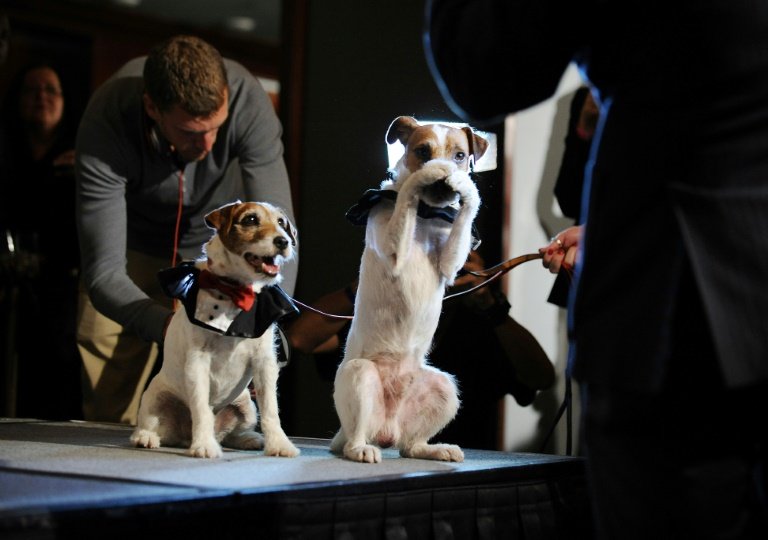 The Palm Dog is the doggie version of the festival's top prize, the Palme d'Or, and almost as sought after, with Quentin Tarantino, Noah Baumbach and Jim Jarsmusch among a galaxy of top-dog directors who have emerged from the pack with the highly-prized collar between their teeth.

Cannes would have reached its climax this weekend had the coronavirus not struck, completely overturning the movie calendar and now even calling the Oscars into question.

Palm Dog founder Toby Rose told AFP that he decided to honour Uggie not just for being the greatest Hollywood hound in the Palm Dog's two-decade history, but for proudly wearing the collar on his worldwide publicity tour for the film.

"Every single year a journalist will pose the question, 'Is there going to be a year with (films with) no dogs?" We been doing this 19, coming on 20 years and dogs and directors never fail to come up with the goods," he added.

Indeed Tarantino admitted that he had his eye on the collar last year for "my wonderful actress Brandy", a pit bull who liked to chomp cans of tinned rat and who savaged the baddies in the gory final scene of "Once Upon A Time... In Hollywood".

"I'm not going to give this to her -- it'll go on my mantelpiece," he proudly told AFP after the dog who very nearly upstaged Brad Pitt won the award. 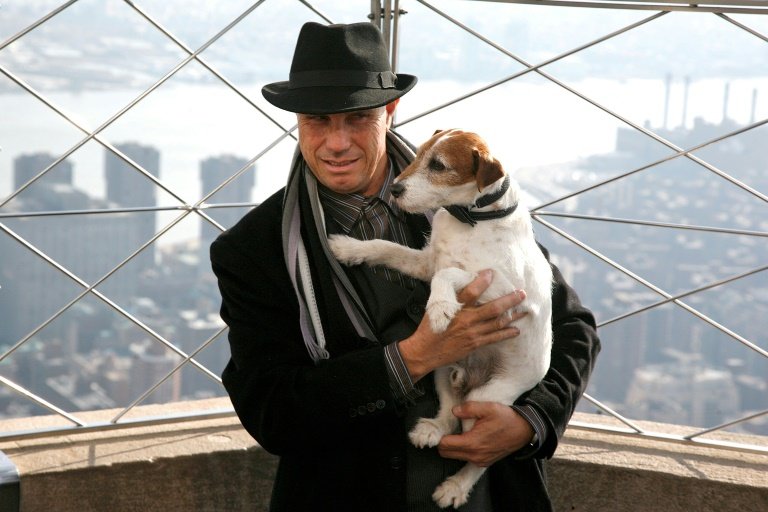 Uggie's trainer Omar Von Muller, who also worked on "Once Upon a Time in Hollywood", said winning the Palm Dog was the launchpad for "The Artist" and its fairytale Oscar success.

"At the time we really didn't know how the movie would do and that's when the whole thing started going everywhere," he told AFP from his home north of Los Angeles, which is festooned with portraits of Uggie.

"Uggie was a very, very special friend. He was a family member... He loved to work and the attention he got on set. He will be in our hearts forever," Von Muller said.

"Things like the Palm Dog are very important for us because it recognises the work" dog trainers do, he said.

Van Muller said they were no secrets to training dogs other than having heart and passion and making sure the dogs "enjoy what they're doing without ever being pressured... It starts very slowly, with a lot of patience and a lot love for the dogs."

Rose said the Palm Dog has since expanded its scope with its "Dogmanitarian" prize, honouring among others the British social realist master Ken Loach, who has made three-legged dogs a fixture in his films.

"It represents the underdog," for which Loach has fought throughout his long career, Rose said.

"Ken was so fabulously embracing of the idea and even told us about the castings," he told AFP.

Can you imagine, Rose joked, "having to say to a three-legged dog, 'Sorry you ain't got the role.'"