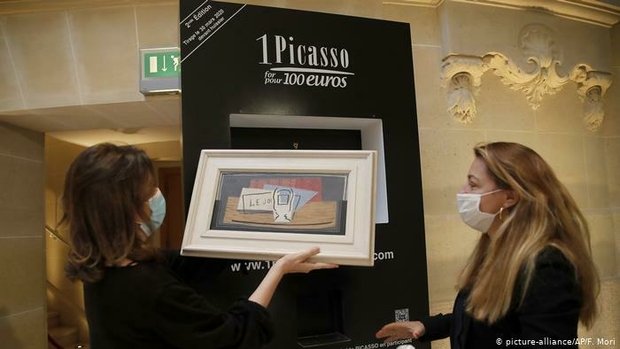 "Nature Morte" by Pablo Picasso has changed owners, and that for merely 100 euros.

The painting from 1921, which has an estimated value of 1 million euros, was auctioned in Paris in a very unusual manner: the original painting for a winning lottery ticket worth 100 euros.

The auction was part of a campaign to raise money for support projects in Africa. The special offer was met with a lot of interest, with over 51,000 lottery tickets being sold, meaning that 5.1 million euros could be raised in total.

The previous owner of "Nature Morte", art collector David Nahmand, will be fully compensated for the painting. The rest of the money will then be used to give over 200,000 people access to potable water in Madagascar, Cameroon, and Morocco.

Lucky winner of the lottery was an Italian Woman, who had received her ticket as a gift.