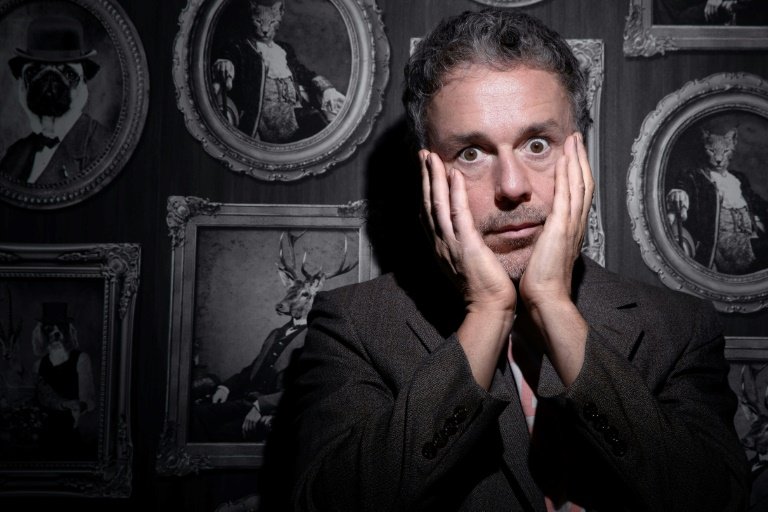 Not wanting to be cynical: British singer-songwriger Baxter Dury / © AFP/File

To release or not to release? That is the question haunting the music industry as the coronavirus casts doubt over a slew of forthcoming albums.

The Canadian hit-machine Weeknd held his nerve and dropped the 14-track "After Hours" Friday, with the cult British artist Baxter Dury also going ahead even though he admitted that "it's terrible timing".

The Weeknd's new album for Universal had been heavily trailed on his YouTube channel, which has 17.7 million subscribers.

The album's dark theme was set by a short film of the same name in which the singer, his face bleeding and beaten, wanders an eerily empty city.

Swept up in a kind of unseen panic, the claustrophobic atmosphere is bizarrely prophetic of a world that is now either in lockdown, or fast approaching it, because of the virus.

Not that the three-time Grammy winner is immune to what is going on around him now. The streaming king recently tweeted a video of a quarantined DJ playing one of his songs on a balcony in Italy, the country worst affected by the epidemic.

But you have to feel for Bob Geldof, who had just released The Boomtown Rats' first album in 36 years, only for it and the accompanying book and documentary about the Dublin punk band with which he made his name, to be swallowed up in the chaos.

"It is what it is," the Live Aid founder told AFP, declaring that with "the world in the state it's in and... that vulgar fool Trump" in the White House, it was time to "make noise".

Geldof, 68, described with glee how paranoia spreads. "I put on my mask on the Eurostar train to Paris. Everyone started looking at each other suspiciously and before you knew it they were all in masks," he said.

Dury -- son of the punk icon Ian Dury of "Sex & Drugs & Rock & Roll" fame -- was also grinning and bearing the release of his "The Night Chancers", a fitting soundtrack for urban solitude, despite the widening global shutdown.

The songwriter said he didn't want to be seen as cynical. "I don't want to be the guy who's trying to sell records right now," he told AFP. "You have to be sensitive to what's going on." 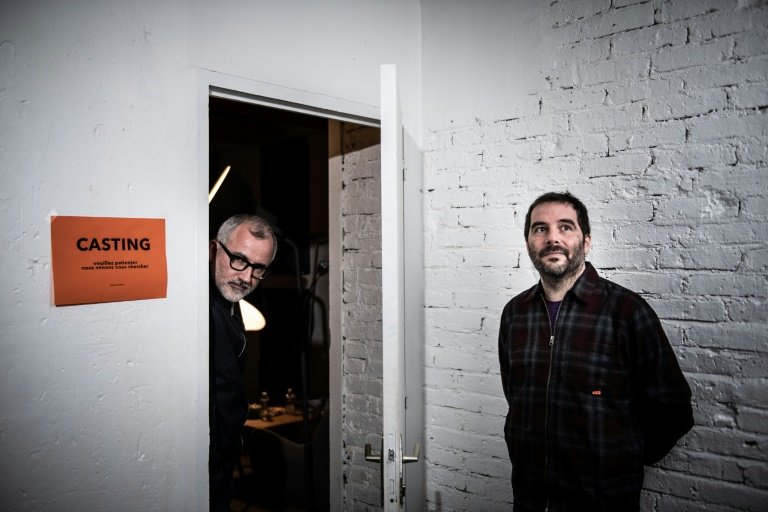 "It took us 10 years to make this album": Folk duo Julien Garnier (left) and Julien Gaulier from Hey Hey My My / © AFP/File

As for touring the album, he said "I think we will have to wait six months before having another concert. No one really knows."

For now, Dury is hunkering down in his London apartment trying not to "go stir crazy" and helping his son study for exams.

Other musicians, however, have preferred to postpone their releases, including French singer Thomas Dutronc, who has Iggy Pop, jazz diva Diana Krall and ZZ Top stalwart Billy Gibbons on his new album "Frenchy".

After saying he was putting it back to June, Dutronc posted a video to Twitter looking rather down in the mouth, warning fans to take the virus seriously.

"Be careful, think of yourself carrying the virus and look out for people you love and for the old folk," said the son of Gallic music legend, Jacques Dutronc.

But the folk-pop duo Hey Hey My My went ahead with their "British Hawaii" despite wondering whether "our music would appear totally futile with all that is happening now," singer Julien Gaulier told AFP.

"Is it indecent to bring out a record now?" he asked, saying he hoped people might find a modicum of comfort in their contemplative melodies "played with real instruments".

"It took us ten years to do this album -- after our last one, maybe our absence wasn't much noticed -- so we weren't going to leave it sitting in cardboard boxes," he joked.