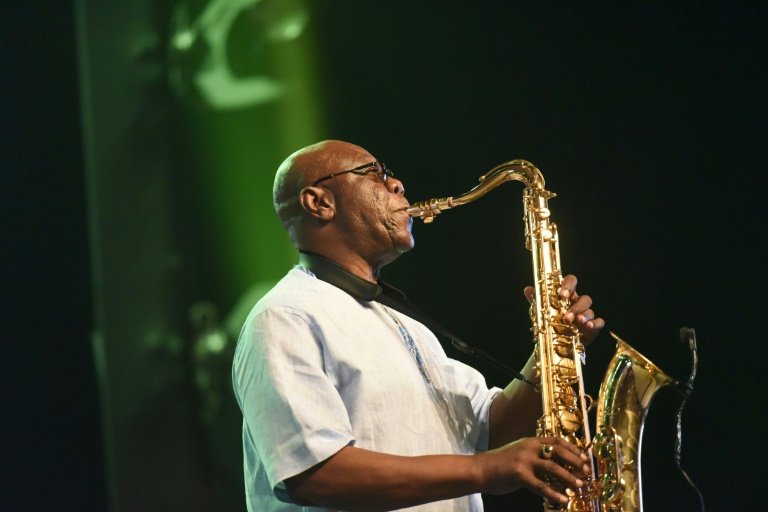 Emmanuel N'Djoke Dibango, known as Manu Dibango, is being treated in hospital for COVID-19 / © AFP/File

The 86-year-old Cameroonian star, best known for the 1972 hit "Soul Makossa", is being treated in a French hospital, according to reports.

"Manu Dibango is resting well and calmly recovering," a statement on his Facebook page said.

"He kindly asks to respect his privacy. He can't wait to meet you again soon, and in these troubled times we all go through, wants you to take very good care of yourselves," it added.

The saxophonist was one of the pioneers of Afro jazz, with his own style also fusing funk with traditional Cameroonian music.

His biggest hit was the B side of a song to support the Cameroon football team in the African Cup of Nations but was picked up and popularised by New York DJs.

In 2009 he accused the "king of pop", Michael Jackson, of borrowing one of his hooks for two songs on his legendary "Thriller" album.

Jackson later settled out of court.