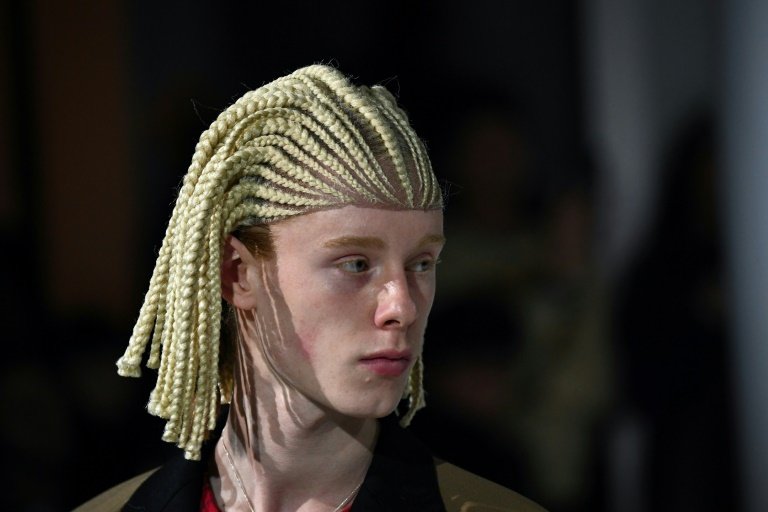 Offensive or an homage? One of the 'cornrow' wigs worn by white models at the Paris Comme des Garcons show / © AFP

Japanese fashion brand Comme des Garcons was at the centre of a cultural appropriation row Sunday after it sent out white models in what appeared to be cornrow wigs at its Paris men's fashion week show.

The self-appointed fashion watchdog Diet Prada -- which has a record of pulling up labels on racial insensitivity including the notorious Gucci "blackface" jumper - accused the cult brand of "taking a step back".

Comme des Garcons was criticised in 2018 for reportedly not using a black model for more than 20 years.

Diet Prada, which has 1.7 million followers on Instagram and uses the platform to regularly chide labels, said even those taking part in the show seemed embarrassed.

"The look on the models' faces says it all," it claimed.

While the brand itself has remained tight-lipped, the French hair stylist responsible for the look took to Instagram to defend it. 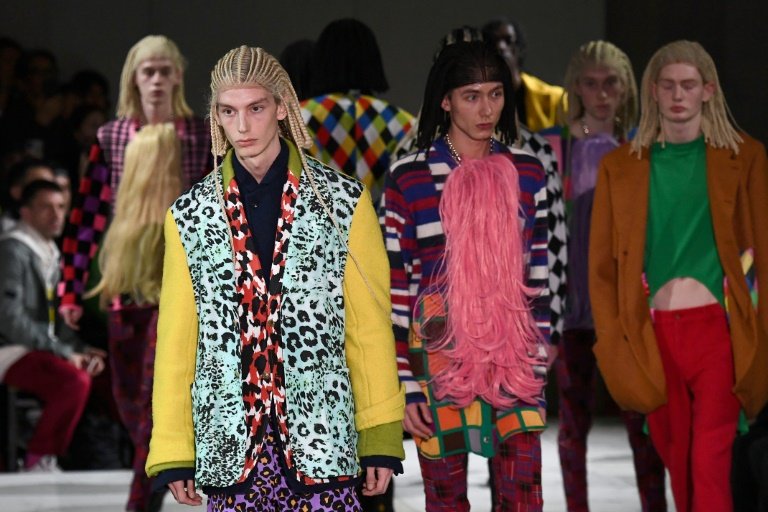 Fright wigs: Many Instagram users were offended by the Comme des Garcons hairstyle, accusing the brand of cultural appropriation / © AFP

Julien Dys said it was meant as a reference to the ancient Egyptians and not cornrows.

"My inspiration for the Comme des Garcons show was an Egyptian prince, a look I found truly beautiful and inspirational," he wrote.

"Never was it my intention to hurt or offend anyone, ever. If I did I deeply apologise," he added.

One black model in the Paris show Saturday also wore one of the wigs, while two others had their hair in short dreadlocks.

While several black Instagram users supported Comme des Garcons, they also urged the label to "use more African men" with their natural hair.

Many more, however, were offended, with the black supermodel Adwoa Aboah commenting, "Are we surprised?"