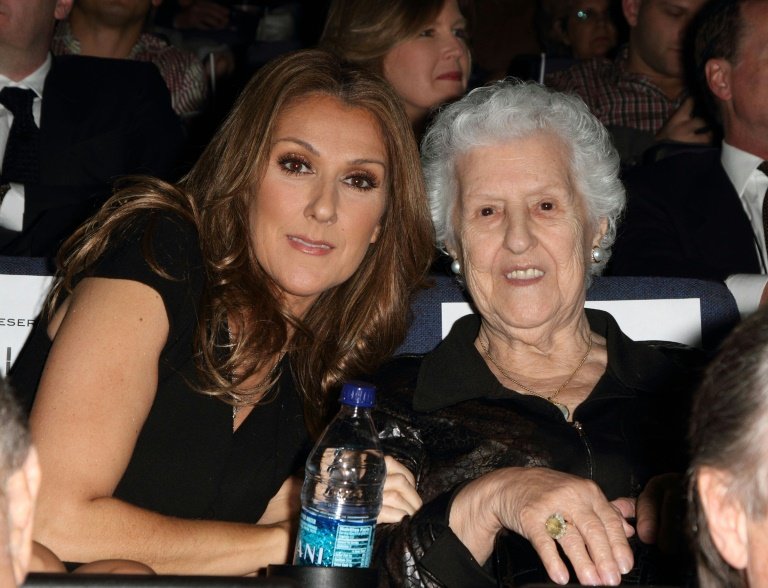 Celine Dion and her mother Theree, who has died at the age of 92 / © GETTY IMAGES NORTH AMERICA/AFP/File

Therese Dion, the mother of "Titanic" singer Celine and affectionately known as "Maman Dion" has died at the age of 92, the performer said Friday.

"Maman, we love you so much… We dedicate tonight’s show to you and I’ll sing to you with all my heart," said the singer, who was to perform later in Miami.

The star also posted on social media an old black and white family photo showing the matriach surrounded by her husband and their 14 children.

Therese Dion was the wife of Adhemar Dion, who died after a long illness in 2003, and the mother of 14 children, the youngest of whom, Celine, has sold almost 250 million albums.

She launched her 12-year-old daughter's career when she sent a cassette recording of her singing to Canadian music producer Rene Angelil in January 1981. He was impressed by her voice, and took her on. They later married, in 1994.

Therese Dion hosted a cooking show on television for many years, launching her own line of dishes called "Pates de Maman Dion".

She also launched a foundation to provide school clothes and supplies to underprivileged children in Quebec.

Quebec Premier Francois Legault paid tribute to "a remarkable woman, so generous, so loving, who devoted her entire life to the well-being of her family."

"Our greater Quebec family weeps at her departure," he added.

"We have only one mom, and the one who raised and supported one of the biggest voices in the world died. All my condolences to the Dion family," Canada's heritage minister Steven Guilbeault said.

A grandmother of 32, Dion had 48 great-grandchildren and was great-great-grandmother to six others, the Canadian channel TVA said.

Celine Dion is currently on her first international tour in a decade, promoting her album "Courage."