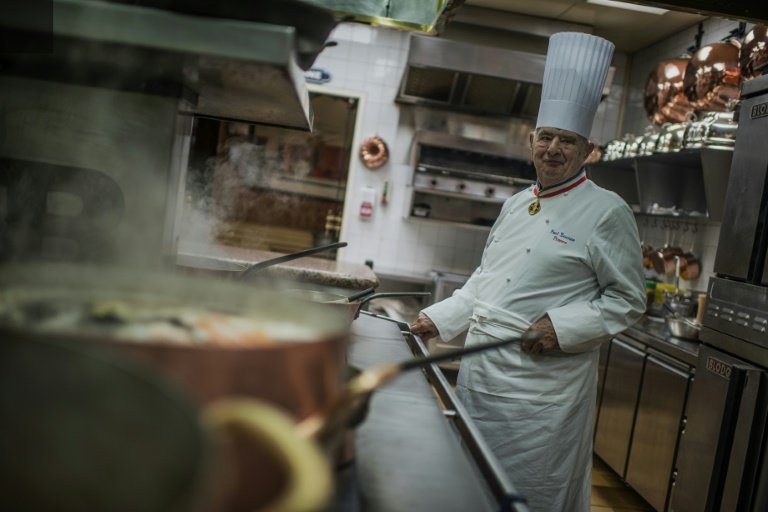 Even before Bocuse's death, some critics had commented that the restaurant was no longer quite up to scratch / © AFP/File

Two years after the death of renowned French chef Paul Bocuse, the Michelin Guide has stripped his flagship restaurant of the coveted three-star ranking it held for half a century, prompting anger and dismay from his culinary peers.

The Auberge du Pont de Collonges, near food-obsessed Lyon in southeast France, was the oldest three-starred restaurant in the world, having held the accolade since 1965.

The Michelin Guide told AFP on Friday that the establishment "remained excellent but no longer at the level of three stars" and will have only two in the 2020 edition of the famous red book dubbed the "bible" of French cuisine.

Bocuse's family and restaurant team said they were "upset" by the decision, and celebrity chef Marc Veyrat, who recently sued the Michelin Guide over a lost third star, described the move as "pathetic".

The chef's son Jerome Bocuse told RTL it was a "heavy blow" the consequences of which would be "difficult to measure".

Even President Emmanuel Macron weighed in, telling RTL: "I want to spare a thought for what his family represents, for all those he trained, and that cannot take away from the unique role of Paul Bocuse in French gastronomy."

The Bocuse d'Or organisation, which manages the annual cooking competition he created, also greeted the announcement with "sadness" and expressed its "unwavering support" for the restaurant.

"Monsieur Paul", as Bocuse was known, died aged 91 on January 20, 2018, after a long battle with Parkinson's disease.

Nicknamed the "pope" of French cuisine, he was one of the country's most celebrated chefs, helping shake up the food world in the 1970s with the lighter fare of the Nouvelle Cuisine revolution, and introduce the notion of culinary celebrity.

Even before Bocuse's death, some critics had commented that the restaurant was no longer quite up to scratch.

But Michelin's decision, a year after controversially stripping Veyrat of his third star, immediately stirred discontent.

Food critic Perico Legasse told BFM news channel the guide had committed an "irreparable" error in what he called its quest to create media hype.

Veyrat said he had "lost faith" in a new generation of Michelin editors he accuses of trying to make a name for themselves by taking down the giants of French cuisine. 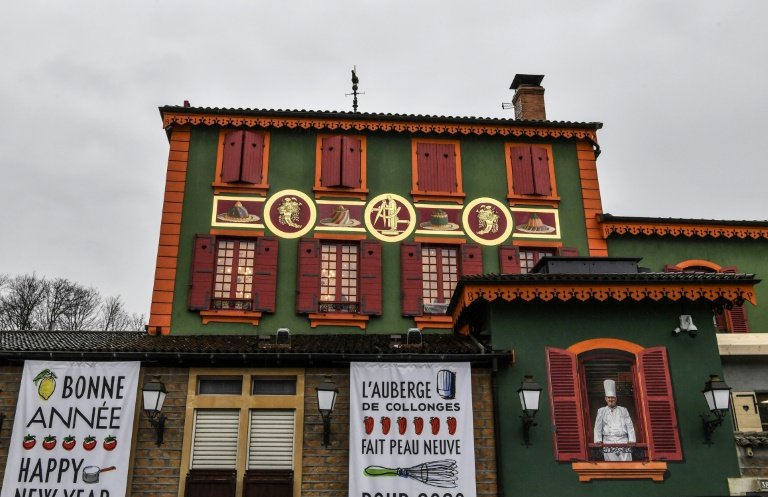 "I am sad for the team that took up the torch at Collonges," tweeted three-starred chef Georges Blanc, while Lyon Mayor Gerard Collomb spoke of his "immense disappointment".

Two other Lyon restaurants each lost a Michelin star in 2019.

The setback for the Auberge du Pont de Collonges comes despite efforts to modernise its look and menu, pursuing a philosophy management describes as "tradition in motion".

"The chefs have reworked the dishes. They have been refining them for more than a year, evolving them while retaining their original DNA and taste," manager Vincent Le Roux recently told a regional newspaper.

The restaurant is scheduled to reopen on January 24 after three weeks of renovations.

Bocuse was himself a devotee of traditional cuisine. "I love butter, cream, wine" he once said, "not peas cut into quarters".

Gastronomy publication Atabula was a lone voice in supporting the Michelin move, which it described as a much-needed "revolution" in an industry held back by decades of inertia. 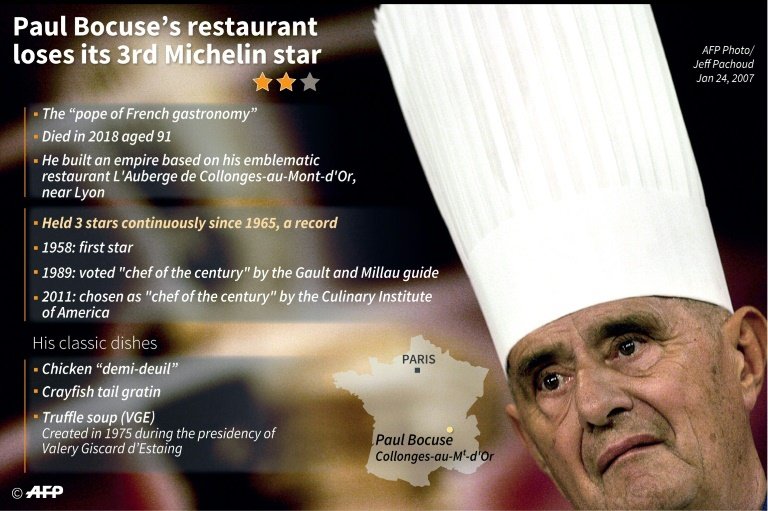 According to Michelin, restaurants are selected on four criteria: the quality of the products, the expertise of the chef, the originality of the dishes and consistency throughout the meal and across seasons.

But critics say the process has rendered Michelin stars untenable as more and more diners baulk at spending a fortune on a meal.

A handful of French restaurateurs have in recent years relinquished their prized three-star status because of the stress of being judged by Michelin inspectors.

The 2003 suicide of three-star chef Bernard Loiseau was linked, among other reasons, to speculation that his restaurant was about to lose its three-star status.