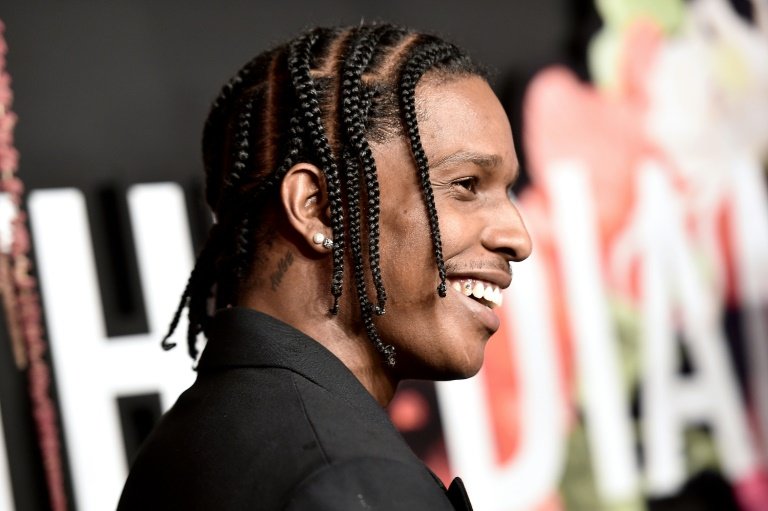 US rapper Rakim Mayers, aka A$AP Rocky, is to return to Sweden four months after he was convicted of assault there / © GETTY IMAGES NORTH AMERICA/AFP/File

New York rapper A$AP Rocky will return to Sweden for a concert, its promoter said Friday, despite an assault conviction that sparked diplomatic tensions and fan fury.

"After massive support from the Swedish fans he is returning to Stockholm for an anticipated concert," entertainment company Live Nation said in a statement.

The event is scheduled for December 11 at the Ericsson Globe arena.

The 31-year-old rapper, whose real name is Rakim Mayers, was arrested on July 3 following a street fight in Stockholm on June 30 in which he and his entourage were embroiled with a 19-year-old plaintiff.

Considered a "flight risk", Mayers was held in custody for a month while the case was investigated and throughout his trial.

But he was released after the close of proceedings on August 2, pending the verdict, and immediately returned to the United States.

In mid August the Stockholm District Court announced it had found him, along with two members of his entourage, guilty and handed them suspended sentences.

Part of the brawl was captured in a video, published by US celebrity news outlet TMZ, where the rapper can be seen throwing a young man to the ground and aiming several punches at him while he is down.

The artists claimed he acted in self-defense, saying he felt "scared" after the young man had followed and harrassed the group.

Mayers also posted videos of his own to Instagram -- purporting to show the lead up to the fight -- where the young man can be seen following the group and asking about a pair of headphones despite being asked to walk the other way.

Supporters were urged to boycott Swedish brands such as Ikea.

The case also led to diplomatic tensions after US President Donald Trump himself called for Mayers to be released.

"Give A$AP Rocky his FREEDOM. We do so much for Sweden but it doesn’t seem to work the other way around," Trump wrote in a July tweet and added the hashtag #FreeRocky.

The US president had a direct phone call with Swedish Prime Minister Stefan Lofven, who reportedly emphasised that Sweden's judiciary was independent.