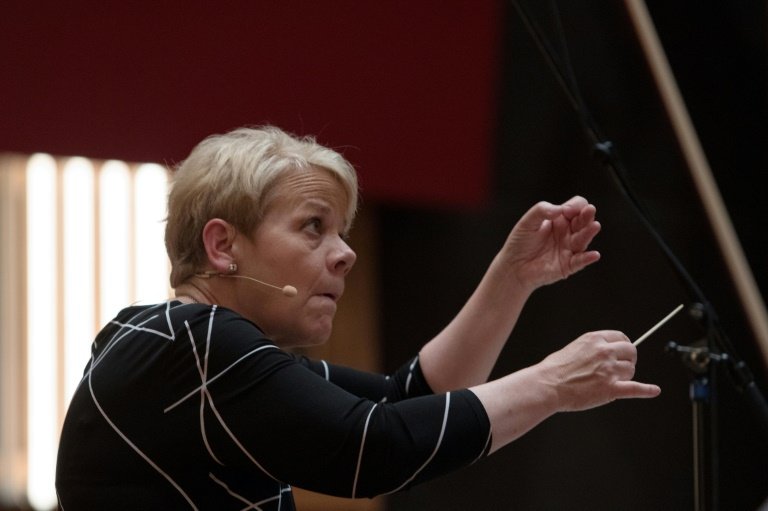 "I haven't felt this kind of welcome in a long time," Alsop told AFP after a recent rehearsal  / © AFP

When Vienna's ORF Radio Symphony Orchestra marks its 50th anniversary with a special concert on Wednesday, it will be under the baton of its new chief conductor who, for the first time in Austria, is a woman.

But industry observers see the arrival in September of US conductor Marin Alsop at the helm of the ensemble as a sign that even deeply conservative Vienna is beginning to change with the times.

The 63-year-old American -- who has previously been chief conductor of orchestras in Bournemouth in Britain, Baltimore in the United States and Sao Paolo in Brazil -- said her reception in the Austrian capital has been "very warm".

"I haven't felt this kind of welcome in a long time," she told AFP after a recent rehearsal.

Globally, only four percent of conductors are women and the situation is no different in Vienna.

The city's world-famous Vienna Philharmonic, whose New Year concert is broadcast to more than 90 countries across the globe, started admitting women only in 1997.

And men still vastly outnumber women on the podium of that orchestra's home, the legendary Musikverein concert hall.

More than half of Vienna's music students are female, but they are still a relatively rare sight in conducting classes.

In the rarefied world of conducting, sexist stereotypes -- that women lack the necessary strength and authority to lead an orchestra -- are deep-seated. 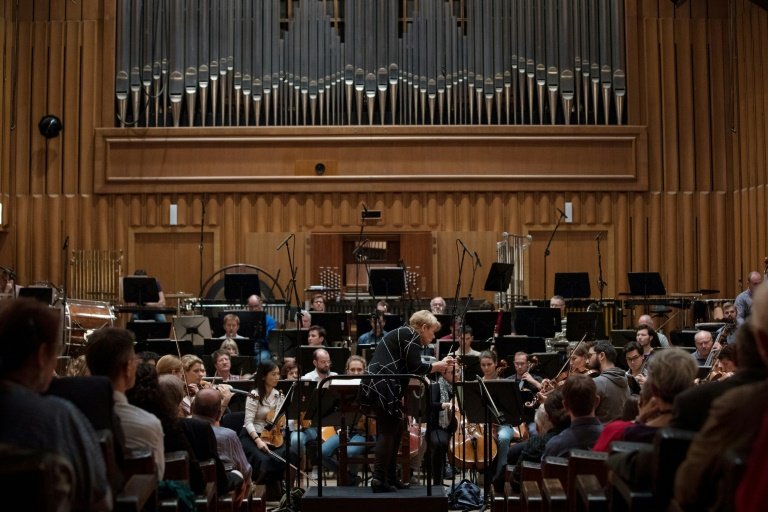 In 2017, the renowned Latvian maestro Mariss Jansons caused a storm when he said in a newspaper interview that seeing a woman on the podium was not "my cup of tea", a remark he quickly apologised for.

Alsop said that at the outset of her career concert promoters tended to hire her because they mistakenly thought her name was that of a man.

But that was not the case for the ORF Vienna Radio Symphony Orchestra.

"When Marin was suggested to me, I was electrified," the orchestra's director Christoph Becher said at a recent symposium on gender equality organised by Vienna's University of Music and Performing Arts.

"I proposed her name to my musicians and they were enthusiastic," he said.

Patricio Canete-Schreger, head of music at the city council's culture department, is convinced that Alsop's presence will help speed up change in the sector.

He noted that the music university has just appointed a woman as its head for the first time in its 200-year history and has also introduced diversity targets for its conducting programme.

"These are all excellent signs," Canete-Schreger said.

For the students, however, gender is not an issue.

"Whether you're a man or a woman, the technique in leading us doesn't change," said one young trombonist, 22-year-old Tobias Grabher.