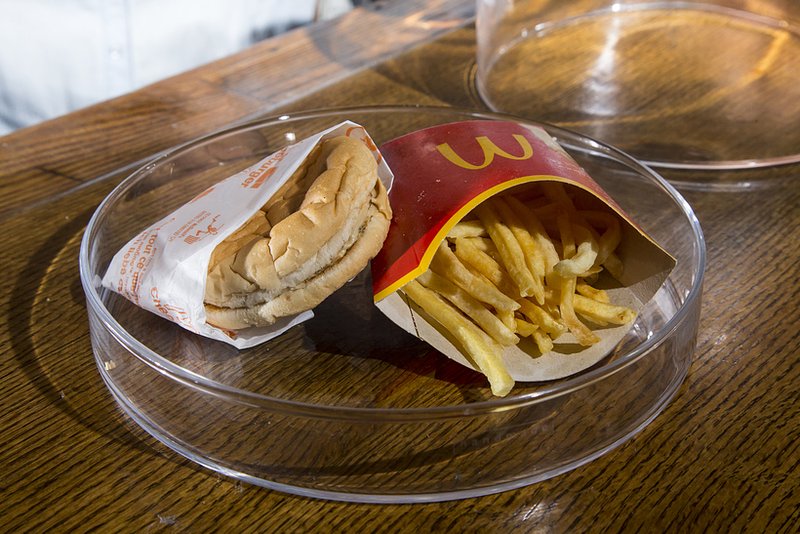 A decade after McDonald's shut down in Iceland, thousands of online users follow the live slow decay of the last order -- a seemingly indestructible burger with a side of fries protected in a glass case like a precious gem.

The American chain closed its only three branches in Iceland during the subarctic island's financial crisis in 2009, making it one of the only Western countries without a McDonald's.

On October 31 of that year, just before the restaurant's closure, Hjortur Smarason bought a menu for conservation.

"I decided to buy a last meal for its historical value since McDonald's were closing down," Smarason, who works as a communications manager for a company specialising in space tourism, told AFP on Wednesday.

"I had heard that McDonald's never decomposed so I just wanted to see if it was true or not."

He first kept the meal in his garage but then lent it to the National Museum of Iceland, after which it was moved to a hotel in the capital Reykjavik for a while.

Now the burger is on display like a work of art inside a glass case at Snotra House, a hostel in Thykkvibaer in southern Iceland.

"People from around the world... come here just to visit the burger," Sigurdur Gylfason, the owner of the establishment, told AFP.

Addressing claims that its burgers appeared immune to decay, the company said in 2013 that "in the right environment, our burgers, like most other foods, could decompose," adding that "specifically moisture" was necessary.

So with sufficient desiccation, they were "unlikely to grow mould or bacteria or decompose."

Bjorn Adalbjornsson, a senior lecturer at the University of Iceland's faculty of food science, confirmed this to AFP on Thursday, explaining that without moisture, "food will simply dry out".