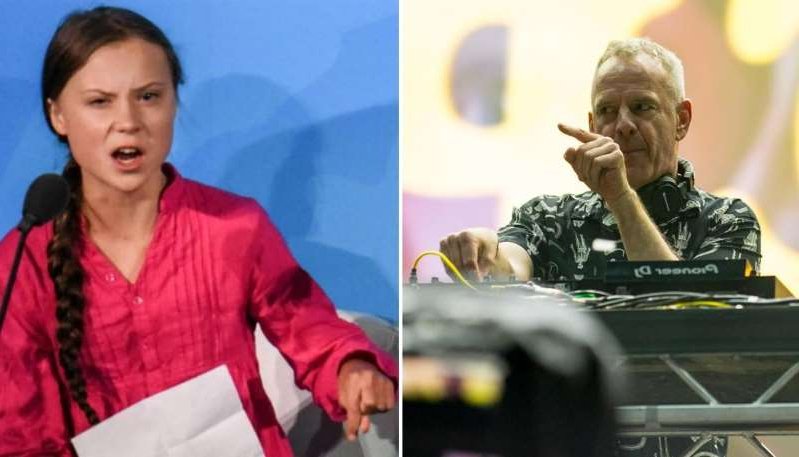 The mash up of Norman Cook's seminal 90's hit and activist Greta Thunberg's UN speech first went online last week and it seems that Fatboy Slim is a fan.

The hugely popular DJ gave it a spin at a recent live show, footage of which you can see below.

It has been brought to my attention that @FatboySlim has mixed @GretaThunberg’s speech into “right here, right now” and it’s incredible pic.twitter.com/16ZoVCG1Y7

This, of course, follows the natty splicing of Thunberg to some blistering Swedish death metal at the tail end of September.

ABBA’s Björn Ulvaeus has become the latest celebrity to back Thunberg, saying she has “superpowers” and calling out those who criticise her based on her age and looks, saying: “How can you stoop so low as to criticise the looks of a child? A young girl. The reason is of course the lack of counter-arguments.”

Thunberg is rarely out of the headlines, having been seen as the spearhead of a new movement of youth angry at the state of the planet and remains odds on favourite to garner this year's Nobel Peace Prize.