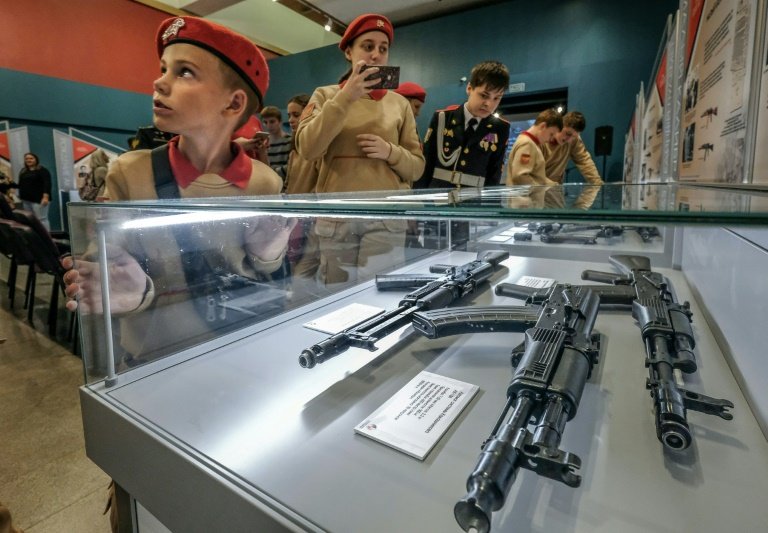 Dozens of youngsters from Russia's Youth Army have been getting up close and personal with perhaps the world's most iconic firearm as their country prepares to mark the centenary of the birth of Mikhail Kalashnikov, maker of the legendary rifle.

Dozens of cadets and youngsters from Russia's Youth Army have been getting up close and personal with perhaps the world's most iconic firearm as their country marks the centenary of the birth of Mikhail Kalashnikov, inventor of the legendary AK-47 rifle.

At Victory Museum in western Moscow, visitors including the young cadets are invited to assemble Kalashnikovs and pose for selfies at the exhibition dedicated to the ubiquitous automatic weapon.

On Sunday, the 100th anniversary of Kalashinkov's birth is to be marked by a number of events, including the museum display and a biopic. 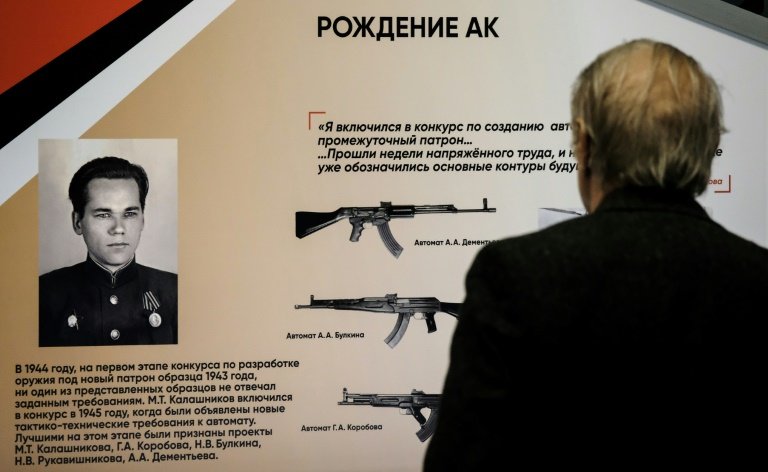 The military engineer, who died in 2013 at the age of 94, is seen in Russia as a national hero and symbol of the country's proud military past.

His assault rifle has become a weapon of choice for both guerrillas and governments the world over.

It is also a staple of military education in Russia.

Maxim, a young cadet, said he learned to put together and take apart an AK rifle at school.

"At first your fingers hurt, but then it's quite easy," he told AFP.

The exhibition, on until November 20, was put together by the Kalashnikov museum in Izhevsk, an industrial town in the Ural mountains, where the inventor worked at the Izhmash weapons factory until his retirement. 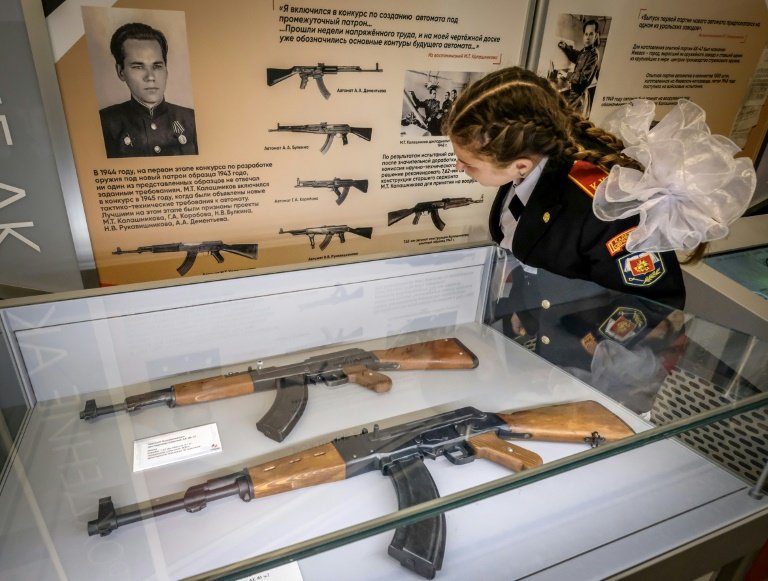 Alexander Yermakov, the museum's deputy director, said he hoped the inventor's story would inspire "the next generation of Kalashnikovs".

Kalashnikov was showered with every possible major prize in the Soviet Union, and the Kremlin in 2009 gave him the highest honour -– Hero of Russia.

In 2017, authorities unveiled a monument to Kalashnikov holding his weapon in central Moscow.

Born in a Siberian village on November 10, 1919, Kalashnikov had a tragic childhood during which his father was deported as a "kulak" (prosperous peasant) in 1930.

Wounded during a bloody battle with Nazi forces in 1941, Kalashnikov was given a leave during which he thought up the first versions of the rifle.

In 1945, a prototype was entered into a competition and the design was eventually recommended for use in the Soviet army.

It quickly became prized for its simplicity, affordability and sturdy reliability.

AK-47's name stands for "Kalashnikov's Automatic" and the year its final version was designed, 1947.

More than 100 million Kalashnikovs have been sold worldwide and about 50 armies use the AK-47 including those in Iraq and Somalia.

Although Kalashnikov said he created the rifle to "defend the fatherland's borders," Moscow first used the weapon internationally to put down riots in East Berlin in 1953 and the Hungarian Revolution of 1956, journalist C.J. Chivers wrote in his book "The Gun". 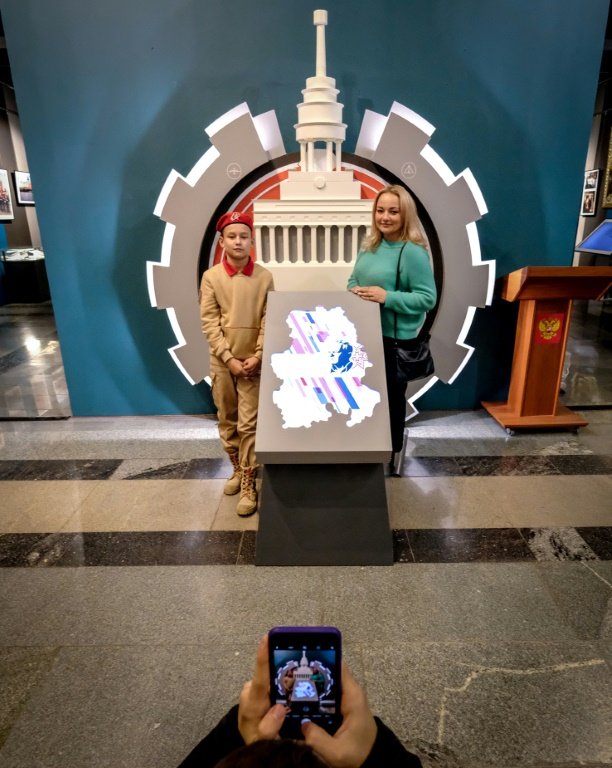 AK-47 stands for Kalashnikov's Automatic and 1947, the year its final version was designed / © AFP/File

Chivers challenged the official narrative according to which a lone maverick inventor came up with a genius design.

"The weapon was designed collectively, the culmination of work by many people over many years," Chivers wrote.

The breakup of the Soviet Union in 1991 opened the floodgates for weapons trafficking, and the AK became the preferred weapon for guerillas, dictators, street gangs and even some school shooters in the United States.

The "kalash", as the firearm is called in Russian and French, has been used in attacks in Paris, to settle scores among criminals and poach for African wildlife.

In his twilight years Kalashnikov said he was tormented by the thought that his invention had caused so many deaths.

In a letter to the Russian Patriarch, he asked if "because my rifle deprived people of life, then can it be that I... was to blame for their deaths?"

He said that he experienced "deep emotional torment" knowing that Kalashnikovs ended up in children's hands in conflict zones.

During the Soviet era, Kalashnikov's work was shrouded in secrecy.

The inventor once said that a US weapons historian managed to contact him by post in the 1970s asking for his biography, but the KGB forbade any contact. 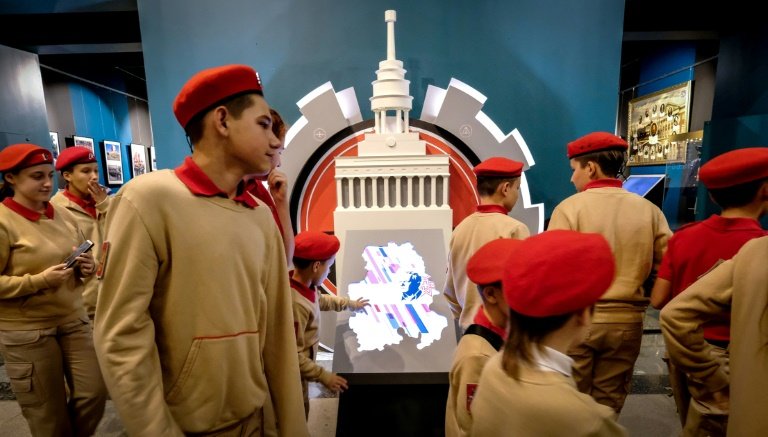 During the Soviet era, Kalashnikov's work was shrouded in secrecy / © AFP

"From my first step along the path of a designer, I was hidden and classified," he wrote in one of his books.

Nelli Kalashnikova, the inventor's daughter, grew up knowing nothing about her father's work.

She described her father as a quiet, modest man of tremendous self-restraint.

Kalashnikov became a living legend after the veil of secrecy was lifted but he barely profited financially from his inventions, and lived modestly in Izhevsk.