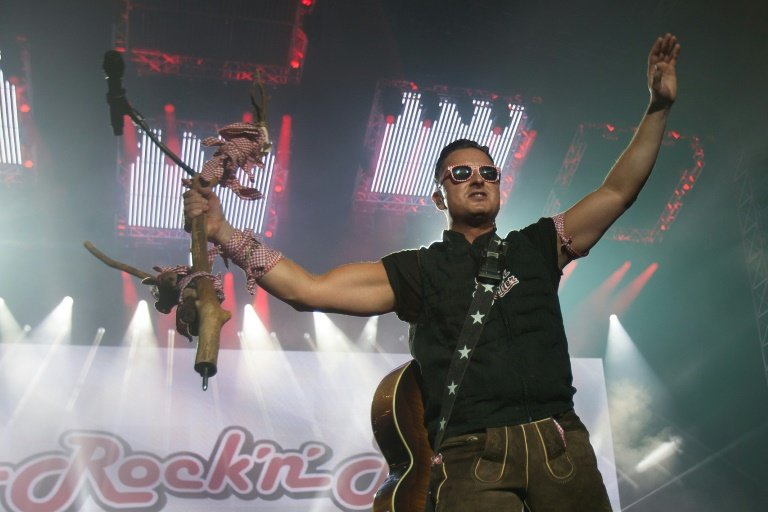 With his lederhosen and lyrics about his love for the mountains, Andreas Gabalier has become the biggest name in Austrian pop music, but recently has had to defend himself against claims of far-right sympathies.

As the political atmosphere in Austria hots up ahead of parliamentary elections on September 29, the 34-year-old pop star insists he is never "involved in politics" but does freely say his work is not "politically correct".

"In artistic circles and especially in Vienna, I'm often talked about among certain journalists," he tells AFP.

"I think it's because today there are city-dwellers who don't know my values and who don't understand them," he adds. 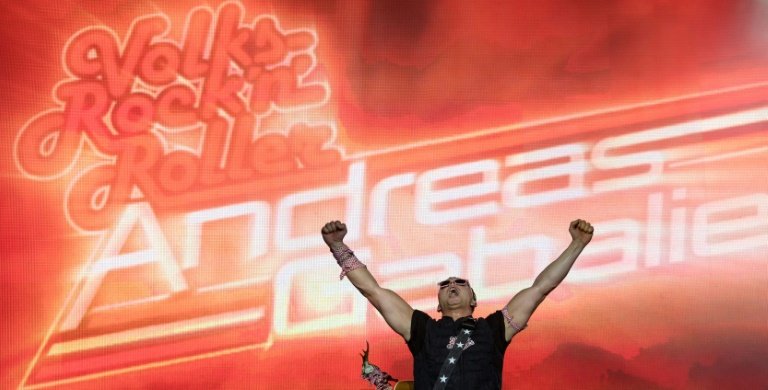 The Alpine Elvis became the first Austrian artist to fill Vienna's biggest stadium, which has a capacity of 50,000 / © AFP

He often riffs on the distinction between an idealised image of the countryside as opposed to globalised cities -- all delivered in Austrian dialect over the strains of an accordion and an electric guitar.

There is no shortage of people who share Gabalier's outlook.

Three of his albums are among the top ten bestselling records in Austrian history and one of his music videos has racked up 140 million views on YouTube -- in a country of 8.8 million people.

The Alpine Elvis has been selling out concert venues for a decade and at the end of August became the first Austrian artist to fill Vienna's biggest stadium, which has a capacity of 50,000. 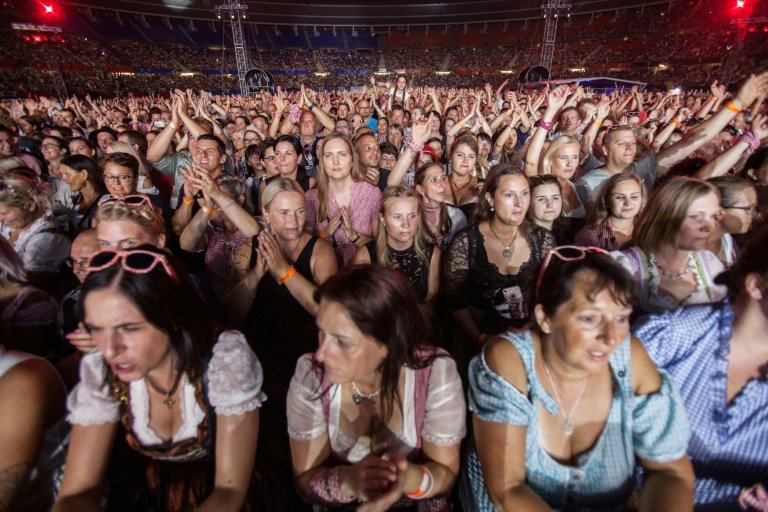 AFP was at the show, where Gabalier's bulging muscles and gelled-back black hair were framed by special effects in the red-white-red pattern of the Austrian flag.

"He represents the country well and I want us to carry on handing down our values," said Laura Bentel, who like many in the enthusiastic crowd was sporting traditional dress, in her case a dirndl.

Critics have said some of his lyrics are homophobic and he regularly expresses the view that a woman's place is in the home.

The director of Vienna's prestigious Konzerthaus has made it clear Gabalier would not be welcome to perform there, while experimental artist Soap&Skin pulled out of an awards ceremony earlier this year in protest at being put in the same category as Gabalier.

There is one prominent voice in public life that comes to his aid -- the far-right Freedom Party (FPOe), which sees him as a rare kindred spirit in the world of culture.

In May, the FPOe was ejected from its coalition with the centre-right over a corruption scandal, but the party remains around 20 percent in the polls and hopes to re-enter government after this month's vote. 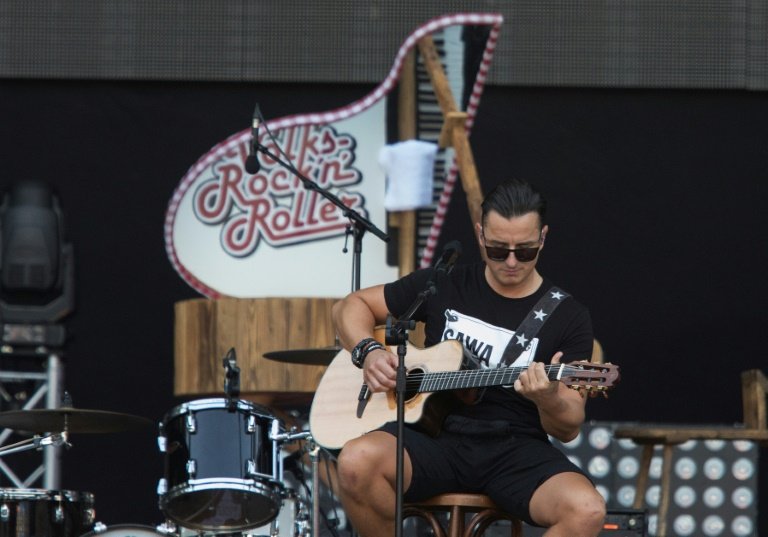 Michael Fischer, an expert on popular culture and music at the University of Fribourg, says that Gabalier 'uses the same vocabulary as right-wing populists and behaves in the same way' / © AFP

Gabalier has been wary of openly returning the favour to the FPOe.

He has only suggested support for the FPOe on social media, but quickly deleted the post in question and then clarified that he didn't back any political party.

Michael Fischer, an expert on popular culture and music at the University of Fribourg, says that Gabalier "uses the same vocabulary as right-wing populists and behaves in the same way.

"He says something scandalous and then distances himself from it."

According to the rapper Kid Pex, Gabalier's political leanings are obvious.

"He doesn't say who he votes for but everyone knows he's the musical accompaniment for the far-right in Austria."

In January the German tabloid Bild reminded its readers of one of Gabalier's previous controversies -- the cover of his 2011 album Volks Rock'n'Roller, on which he strikes a pose his critics said was reminiscent of the swastika.

He also caused a storm with lyrics about "an iron cross on a high summit", in which some heard a reference to the old German war decoration.

When confronted with these associations, Gabalier presents himself as the victim of a snobbish cultural elite which "bans heterosexual men from expressing themselves". 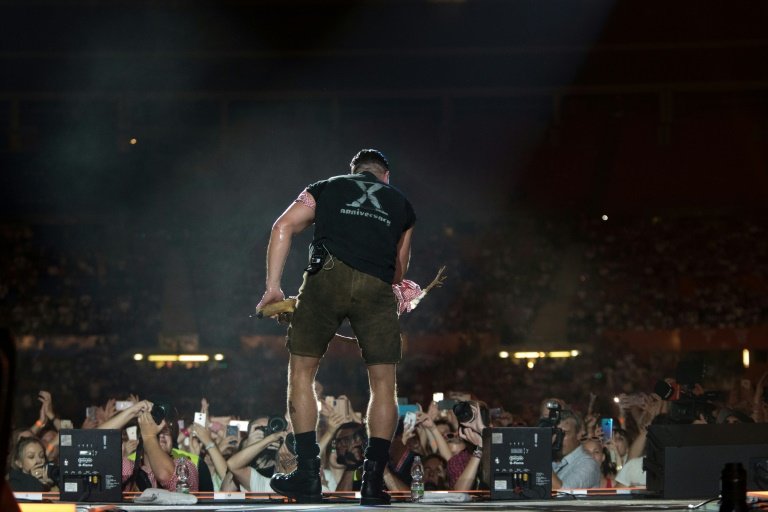 But the repeated rows haven't stopped him from collaborating with the likes of Arnold Schwarzenegger and the celebrated Russian soprano Anna Netrebko.

Indeed Gabalier has been key in the revival of the rock-tinged "Schlager" genre of German-language pop music.

Michael Fischer says that while it might repel lots of music critics, the Gabalier phenomenon is "definitely modern".

"It integrates conservative values into the heart of pop culture and rock, which had previously been regarded as progressive."