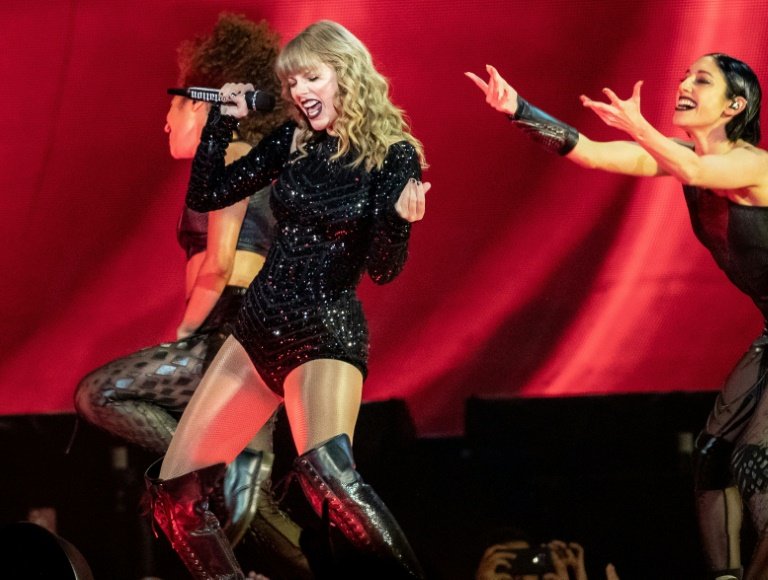 Not known for discussing politics, Taylor Swift has opened up about her dissatisfaction with Trump / © AFP/File

Taylor Swift, currently promoting the release of her latest album, has accused Donald Trump of treating his White House reign as an "autocracy," in a new political turn for the singer.

Taylor Swift, currently promoting the release of her latest album, has accused Donald Trump of treating his White House reign as an "autocracy," in a new political turn for the singer.

"We're a democracy -- at least, we're supposed to be -- where you're allowed to disagree, dissent, debate," the pop star said in snippets of an interview teased Friday by The Guardian.

Speaking about the US president, the 29-year-old said, "I really think that he thinks this is an autocracy."

In American politics, Swift said, "all the dirtiest tricks in the book were used and it worked." She described the current state of affairs as "gaslighting the American public into being like, 'If you hate the president, you hate America.'"

Swift has faced criticism in the past for shying from politics, especially in 2016 when she did not use her enormous platform to endorse a candidate in the pivotal presidential vote.

Now she says she is "remorseful" for not speaking up during that election, saying in hindsight she would have backed Hillary Clinton.

But Swift said at the time her row with Kanye West and Kim Kardashian along with her mother's cancer diagnosis had her keeping a low profile.

"I was just trying to protect my mental health -- not read the news very much, go cast my vote, tell people to vote," she said in the interview, set for full publication Saturday.

Swift spoke out last October ahead of the 2018 midterm vote, endorsing the Democrat running for US Senate in her home state of Tennessee and citing the Republican candidate's poor record on women's rights.

She told The Guardian she would "do everything I can for 2020," pointing to ongoing battles threatening a woman's right to choose the option of abortion.