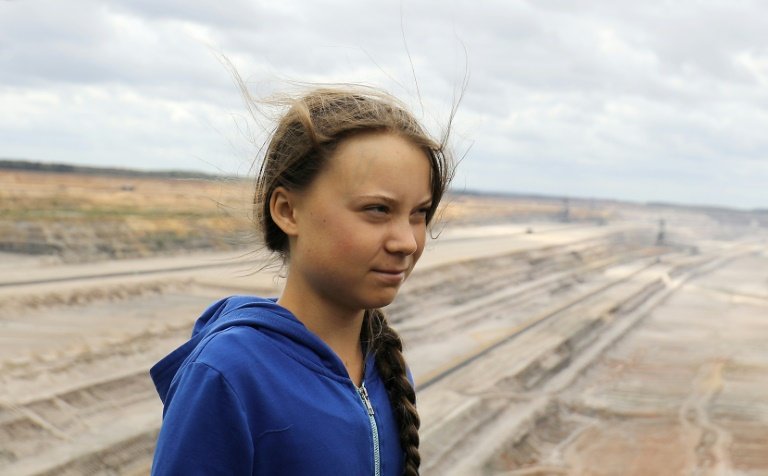 Swedish climate activist and global star Greta Thunberg understood climate change at an early age and has rallied youths around the world and parents to her cause, sparking criticism along the way.

In less than a year the now 16-year-old's humble "climate strike" has become a global movement and set her up as a potential 2019 Nobel Peace Prize laureate.

As her strict climate ethos prevents her from flying she is preparing to travel to the New York UN Climate Summit on September 23 by sailboat.

Thunberg's climate struggle began quietly in August 2018 when she skipped school for the first three weeks, and then on Fridays to spend the day outside Sweden's parliament with a sign labelled "School strike for climate".

Swedish media, at the time occupied by upcoming parliamentary elections, didn't pay much attention to the young girl's message, but only at first.

Since then Greta, most often seen wearing her hair in tightly knit braids, has diligently continued her weekly protest until recently. 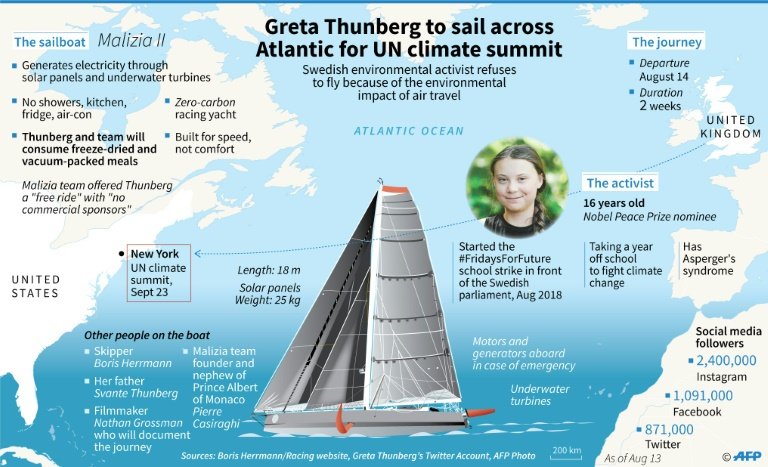 "I’m planning to continue until Sweden is in line with the Paris agreement and that might take a while," she told AFP TV in late 2018.

Her demands have attracted attention and she has been asked to address global leaders, and adorned the cover of international magazines such as Time and Vogue.

Around the world, young activists have heard the call and modelled protests of their own after Greta's, leading to both praise and criticism.

"We are after all just children. You don't have to listen to us," she said during a speech to France's National Assembly in July, responding to some of her critics, who had dismissed her as a "prophetess in shorts" and the "Justin Bieber of ecology".

It was in school, when Greta Thunberg was about "eight or nine," that her interest in climate issues was first piqued. 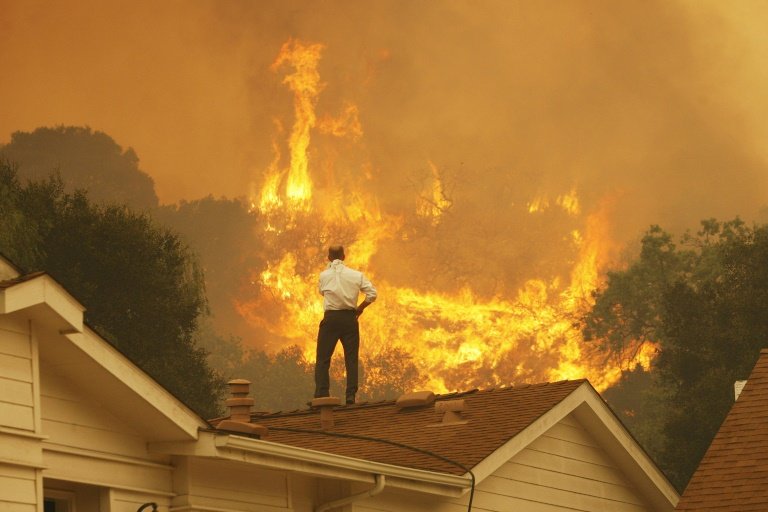 "My teachers told me that I should save paper and turn off the lights. I asked them why and they said because there’s something called climate change and global warming, caused by humans," Greta told AFP.

The notion was strange to the young girl, who felt that if that was the case, "then we would not be talking about anything else".

Since then she has stopped eating meat, drinking milk and buying new things, unless "absolutely necessary".

Greta's family, who lives in a spacious but cosy Stockholm apartment, has also made changes to their lifestyle. 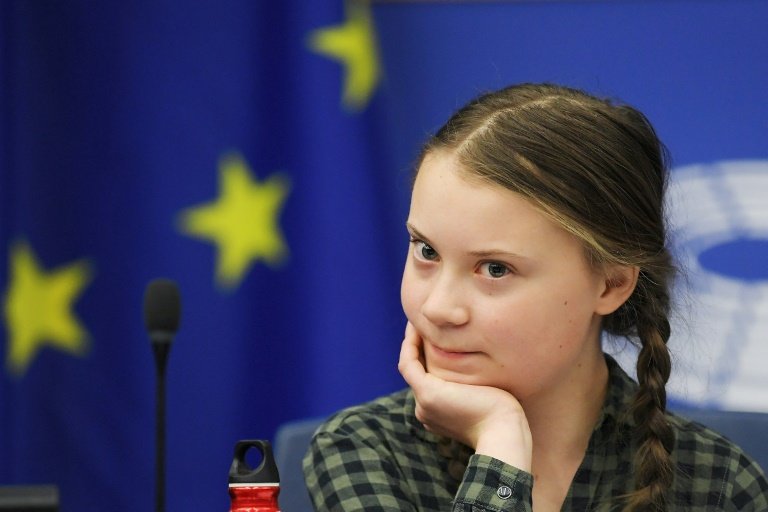 Thunberg considers her condition of Asperger syndrome a strength because "when I decide to do something, I do it without doubt" / © AFP/File

As an opera singer, her mother Malena Ernman used to travel the world, but she has bowed to her daughter's cause and given up on flights, now performing only in Nordic countries.

Her mother, father Svante Thunberg, an actor turned producer, and younger sister Beata became aware of how much the climate issue weighed on Greta's shoulders when she became depressed.

When she was 12, Greta was diagnosed with Asperger syndrome, a mild form of autism.

"My brain works a bit differently so I see the world from a different perspective," Greta explained to AFP.

"I am very direct, I say it the way it is, and when I decide to do something, I do it without doubt," she continued, adding that she considers her condition a strength. 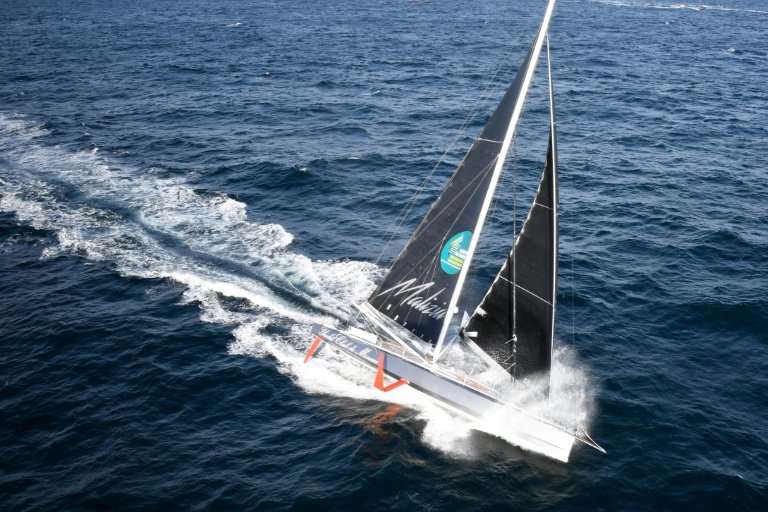 Greta, who graduated from the ninth grade in June, has had to catch up on her studies from abroad, due to her many travels.

That hasn't stopped her from getting mostly straight A's, with the exception of physical education and home economics.

"If I hadn't striked from school and travelled so much, I could have gotten an A in all subjects," she confessed to newspaper Dagens Nyheter in June.

"But it's worth it," she quickly added.

In late May, the teenage activist announced she would take a sabbatical year to visit the Americas for a series of meetings on the theme of climate change, a journey expected to last several months.

"We have to take the opportunity to act now because it may be too late in just a year," she warned in December.