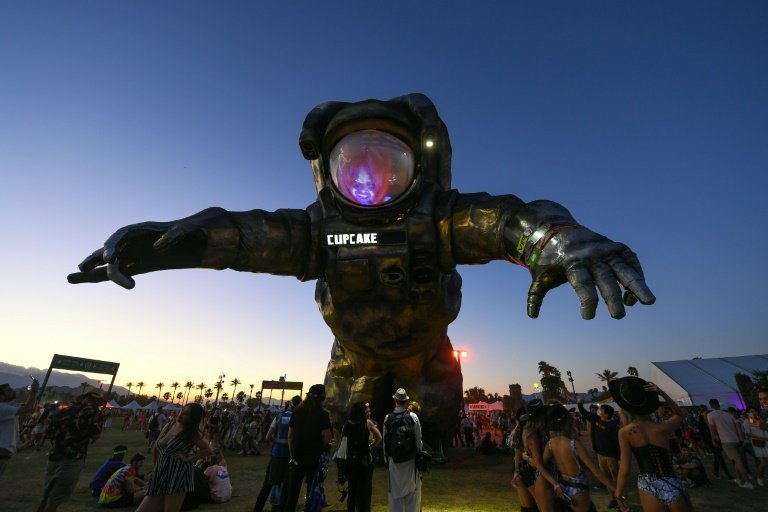 Music festival culture in recent decades has become an institutionalized part of the industry, but its first inklings began in the mid-twentieth century.

Woodstock is often heralded as a seminal moment in modern festival history, but here are some other highlights of the early days.

A three-day festival held during 1967's Summer of Love, California's Monterey Pop festival is credited with launching the stateside careers of rock legends Jimi Hendrix, Janis Joplin, and The Who.

The June 16-18 line-up for the festival held near San Francisco drew hundreds of thousands of attendees and featured 32 artists including soul star Otis Redding and Indian sitar player Ravi Shankar. 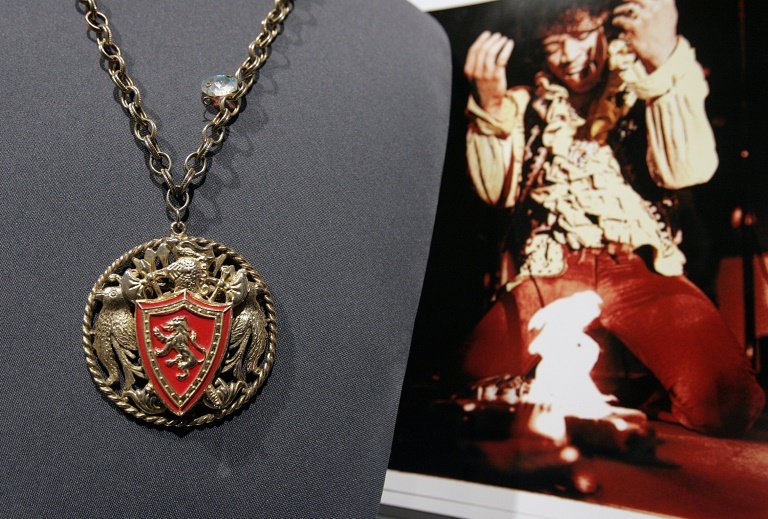 A gilt-metal necklace and enamel medallion worn by Jimi Hendrix on stage at the Monterey Pop Festival in 1967, considered one of his seminal performances / © GETTY IMAGES NORTH AMERICA/AFP/File

"Without Monterey, there would have been no Woodstock, no Coachella even. It was both a musical and cultural event that reflected everything good about '60s rock," said Bob Santelli, the founding executive director of the Grammy museum, which put on an exhibition about the event for its 50th anniversary.

Founded in 1959 as part of the already established Newport Jazz Festival to showcase the growing folk revival moment, the Newport Folk Festival is perhaps best known as the site where Bob Dylan "went electric" in 1965, upsetting folk purists of the era. 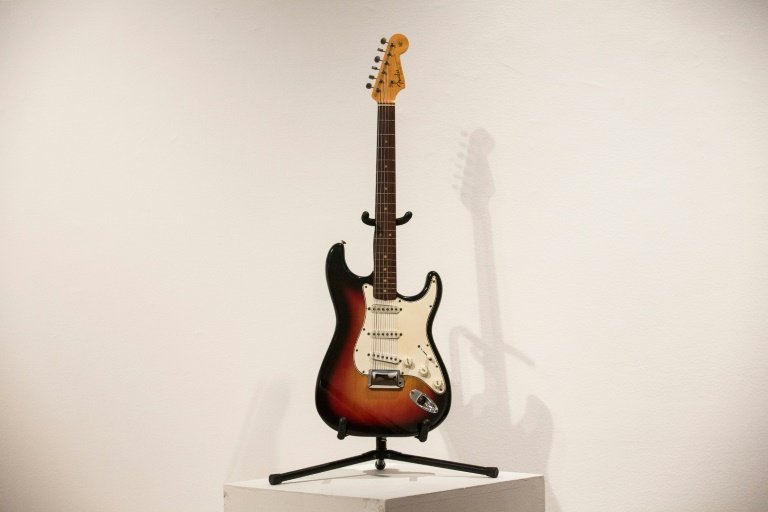 He didn't play again at the still-running festival until 2002, when he performed in a wig and fake beard.

Considered one of the first modern music festivals in the United States, the annual Newport weekend, held in the coastal eastern US state of Rhode Island, is also famous as a catalyst for politically minded songs like Pete Seeger's rendition of the spiritual "We Shall Overcome."

It's regarded as important to the 1960s civil rights movement and has more recently become a platform for climate change along with feminist activism.

First held in 1968, the Isle of Wight festival held on a British island in the English Channel exploded the following year, notably thanks to the appearance of Bob Dylan.

It was the legendary poet-musician's first scheduled public performance since he suffered a motorcycle accident three years prior.

He left for the Isle of Wight the same day that 1969's Woodstock festival began, snubbing organizers of the event in upstate New York who had hoped he'd play there, as he'd been living in the region for some time.

The Isle of Wight festival in 1970 became regarded as the largest such event of its time, with an estimated 600,000 to 700,000 attendees turning out to see stars like Jimi Hendrix, The Doors, Miles Davis, Joan Baez and Sly and the Family Stone.

Like Woodstock, it became a free event after sheer numbers made it impossible to hold back crowds.

The chaos led to a British law preventing crowds of more than 5,000 people from attending an open air event on the island, but the festival was revived in 2002 and has run annually since. 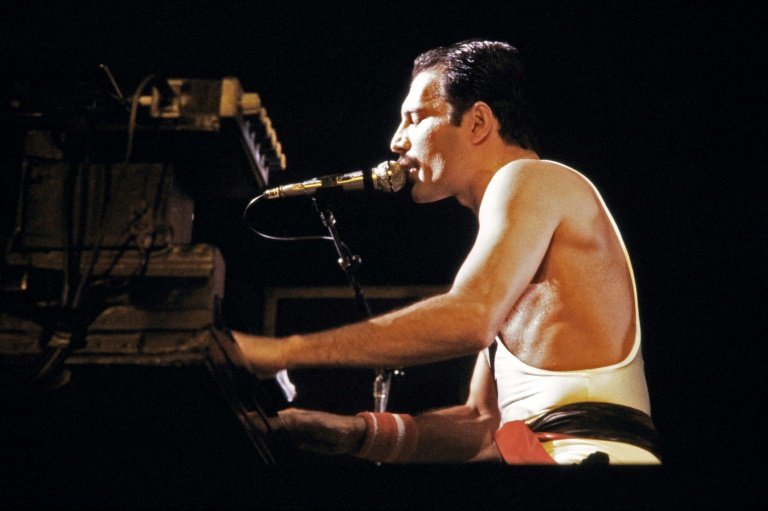 Freddie Mercury, lead singer of the rock group "Queen", show here during a concert in Paris in 1984, one year before he wowed the globe with his iconic Live Aid performance / © AFP/File

Some of the era's biggest stars including Madonna, U2, David Bowie, The Beach Boys, Santana and Eric Clapton were among those who played London's Wembley Stadium and Philadelphia's John F. Kennedy Stadium, as like-minded concerts were held worldwide including in the Soviet Union, Canada, West Germany and Yugoslavia.

More than one billion people around the world watched the live broadcast, one of the largest-scale television events of all time.

Queen's rousing set led by frontman Freddie Mercury became the stuff of legend, and is widely considered as one of the greatest live performances ever.