As if a comedian-turned-president wasn't enough, Ukraine now has a rock star as a potential political kingmaker.

Volodymyr Zelensky, the sitcom star who shocked his nation by winning the presidency in April, immediately said he was ready to start talks with Vakarchuk on forming a government coalition.

The rocker packed his party's election list with young professionals, many of them Western-educated, and banned current and former lawmakers from entering the party.

"People voted for changes and we are happy to be part of these changes," Vakarchuk told cheering supporters at Golos party headquarters after the exit polls were released.

"We are ready to take responsibility."

The singer did not stop performing during the campaign, making concert gigs an essential part of party tours across the country.

And while he only set up Golos two months before the vote, Vakarchuk has long eyed a career in politics. 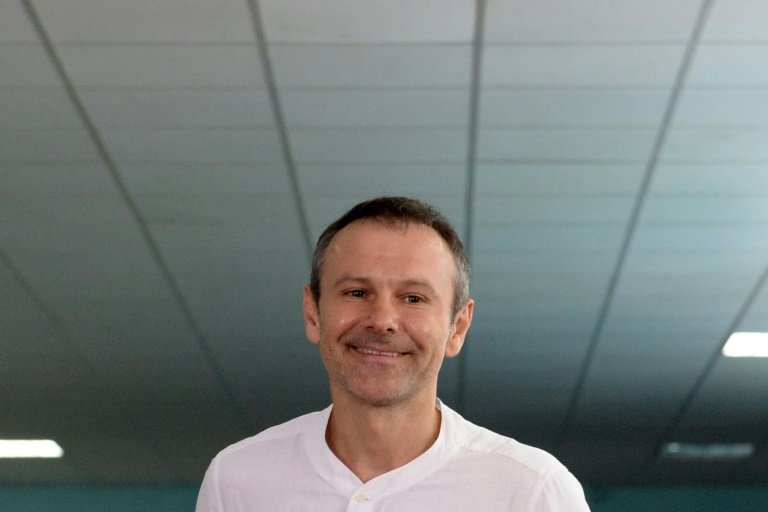 The singer was a supporter of Kiev's pro-Western Orange Revolution in 2004 and joined the bloc of then-president Viktor Yushchenko.

He won a seat in parliament in 2007, but was quickly disillusioned with politics and gave up his seat after barely a year.

In 2014 he passionately supported the Maidan revolution that eventually ousted a pro-Moscow leader, with one of his concerts in support of the protesters attended by more than 100,000 of people.

He has said that he wants Ukraine to join the European Union and NATO.

Vakarchuk was born in the town of Mukachevo close to the Hungarian border.

He followed in the footsteps of his father, a former education minister, and trained as a physicist in Lviv close to the Polish border.

While pursuing an impressive music career during which he produced nine albums, Vakarchuk also studied for a doctorate in physics.

In 2015, he took part in an international fellowship programme at Yale University and in 2018 he joined Stanford University as a visiting scholar.