Seen by many as the music of grandparents and elevators, classical is getting a facelift thanks to its fiercest star Chloe Flower, a pianist making the genre pop.

The 33-year-old artist won the internet earlier this year after a showstopping performance at the Grammys alongside rap queen Cardi B, who twerked on Liberace's crystal piano as Flower, wearing couture, theatrically struck thunderous chords.

"I was so scared. I got a fortune cookie the night before, and it was like, 'if you don't take big risk, you won't get any reward," the musician told AFP from her Manhattan apartment that boasts sweeping views, a lush sheepskin rug and another of the iconic Liberace's pianos his foundation lent her, this one encrusted in mirrored glass.

Flower betrayed none of those nerves at music's biggest night, wowing with a sparkling solo before serving up drama by staring straight at the camera -- and 22 million people -- before breaking into the bassline of Cardi B's "Money."

The Juilliard-trained artist, who has been playing since age two, became an overnight sensation, gaining tens of thousands of social media followers within hours and landing a deal with Sony Music. 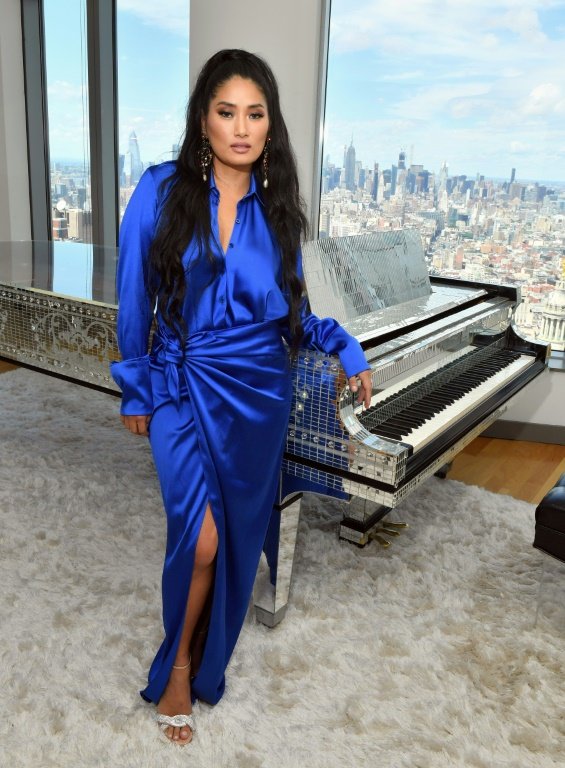 Chloe Flower, a Juilliard-trained artist who has been playing since age two, became an overnight sensation, gaining tens of thousands of social media followers within hours and landing a deal with Sony Music / © AFP

Babyface "taught me so much about the back end of music," Flower said, describing learning to use computer software to compose string arrangements and drum beats that could layer under her keys.

She has since worked with Celine Dion, Nas and 2 Chainz.

"It's kind of a road that isn't normal," she said. "It's not like there's so many classical pianist playing like a glass piano with hip hop beats, right? Or producing hip hop tracks to Bach."

But the marriage of classical and rap was natural, Flower said: "I love drums. I love beats. And I love dance."

"I always felt like there was no reason I couldn't combine the two, and as I did, I noticed that a lot of people who don't necessarily listen to classical music would text me: 'Oh my god, I was listening to the classical station because of you!" 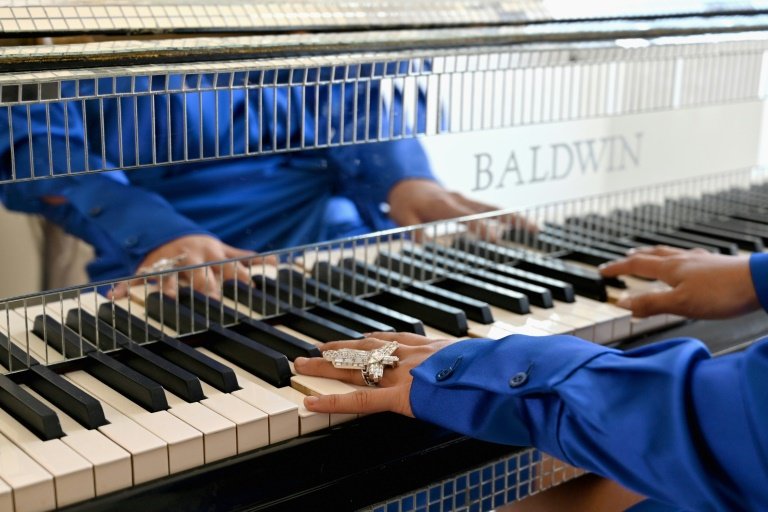 Flower describes classical music's reputation as dusty -- a friend of hers likened New York's famed Carnegie Hall as "God's waiting room," due to its elderly clientele -- as a "packaging" problem.

"What we have to do as instrumentalists and artists -- that's not exclusive to the piano, it includes the violin, the flute, and the cello -- is for all of us to really think about our music in a different way; in a modern way," she said.

She uses Instagram -- where Cardi B discovered her -- to promote her work and the genre more broadly, posting clips of herself busting out classical remixes of megahits like Ariana Grande's "Thank U, Next" and Luis Fonsi's "Despacito," as well as more traditional pieces like Frederic Chopin's Nocturnes.

As she plays, Flower whips her waist-length hair over her bold, designer outfits complete with vertiginous heels -- looks she say are a strategy to brighten classical music's appeal.

"Fashion has a huge, huge, huge role in my performance," she said, motioning to her bright blue Balenciaga wrap skirt set and shimmery Gucci chandelier earrings.

"My music is purely instrumental," she said. "So there are no lyrics -- I have to find different ways to express myself."

"My style represents my personality but also who I am as an artist."

Flower has an album forthcoming and recently released her first-ever music video, for her latest single "Get What U Get," which showcases her energetic performance style and features a cast of female dancers.

But no matter how poppy her image leans, Flower makes sure to include elements of classical music in every work she composes.

"Part of the reason why kids and adults don't understand or care about classical music is because they don't recognize it," she said. "I think that people think that without lyrics, you can't really understand the music or connect."

But "you can do it in a way that captures them and then add the element of accessibility, which for me was the drums, and it makes it almost like you can work out to it," she said.