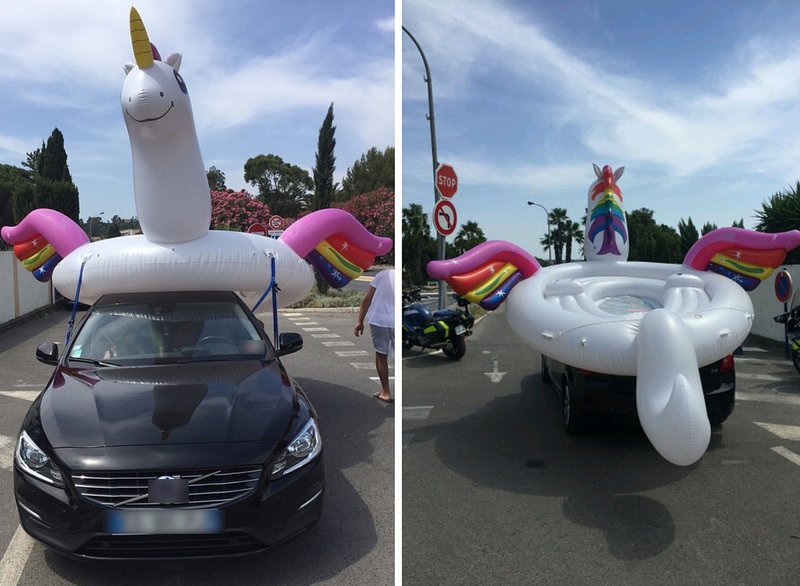 Are you going on holiday soon? Don't be like these travellers who were pulled aside in France for transporting a giant unicorn float on the roof of their car.

A group of gendarmes from the French Var area had an interesting encounter on Friday 5 July, as they came across a vehicle decked with a giant unicorn-shaped inflatable.

The cargo certainly was imposing: the float hung over both sides and the rear of the vehicle. It was noticeably attached to the car with straps connected to the side mirrors.

As the gendarmes wrote on their twitter account, the impatient driver was reprimanded for carrying a load that surpassed the dimensions of the vehicle. Finally, the holidaymakers could continue their journey after deflating the giant mythical creature.