Hollywood actor Antonio Banderas has portrayed Zorro and Pablo Picasso but he is above all the go-to actor of Oscar-winning director Pedro Almodovar, who launched his hugely successful film career in Spain in the early 1980s.

Sporting Almodovar's spiky hair and colourful clothes, he plays the movie's central character, an ageing Spanish director who is plagued by physical and psychological frailty who revisits childhood memories.

Almodovar, 69, has repeatedly said Banderas gives the "best performance of his life" in the film, which ran in competition for the Palme d’Or top prize.

And on accepting his award, Banderas dedicated it Almodovar, who has cast him in eight films and helped make him a global box office draw.

"I respect him, I admire him, I love him, he's my mentor and he's given me so much in my entire life that this award, obviously, has to be dedicated to him," he said. 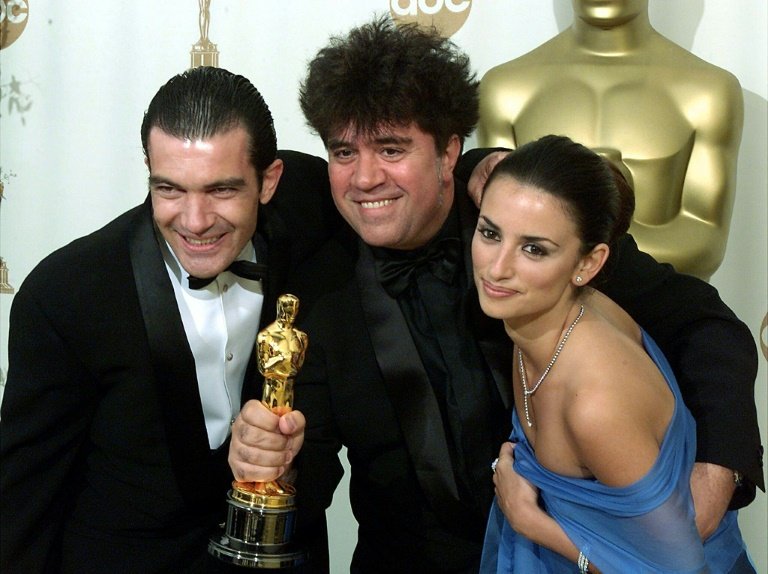 After decades in the profession, Banderas said it was "mindblowing" to have won his first major award.

"After 40 years of being a professional actor, I've been nominated for practically everything except the Oscars, and I never got on the stage," he said, citing four nominations for the Golden Globes and two for an Emmy among a string of others that never ended with an award.

"So to get up there tonight was not very good news for my cardiologist!" he quipped in a nod to the heart attack he had in 2017 after which he had three operations.

But Almodovar, too, has gone decades without winning the big Cannes.

Over the past 20 years, he has had six films in competition at Cannes but never taken home the Palme d'Or and was conspicuously absent from Saturday night's ceremony, which Banderas said added a note of sadness to his win.

"I would have loved to have Pedro here, that's the truth, but you know, this is the way this profession goes," he said, pointing again to the theme at the heart of the film: pain and glory. 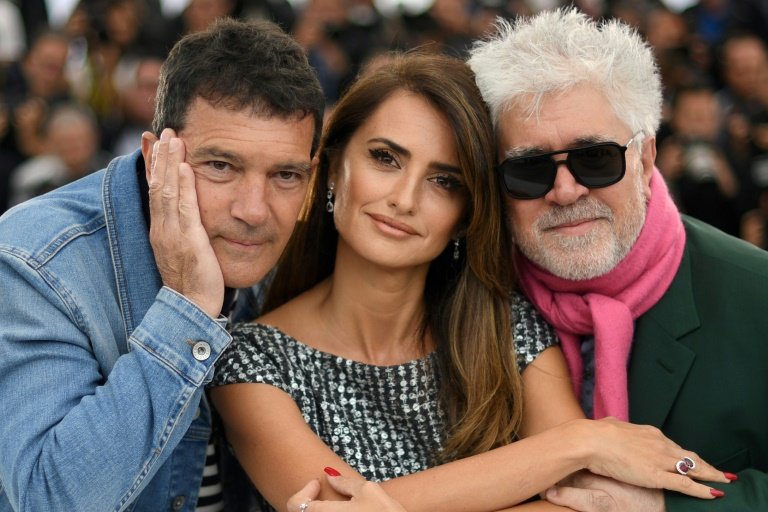 "There is a lot of sacrifice and there is pain behind being an actor or being an actress, but also there are nights of glory, and this is my night of glory."

When Banderas began his acting career he "was a passionate animal who impressed just by his presence", Almodovar told Spanish film magazine Fotogramas earlier this year.

"But now he has matured (after his health scare) and even though he is full of vitality... I can see in his face the experience of someone who knows that he could be dead", he said.

Speaking to Spain's Cadena Ser radio, Banderas said he loved the director because he had made him "reflect on a huge number of things throughout my life".

Back in 1987, Almodovar got him to play a gay killer in "Law of Desire" at a time when depicting crime in movies "was morally accepted" while two people sharing a same-sex kiss "was spurned as anathema", he said.

During the summer of 1980, Banderas said goodbye to his teacher mother and policeman father and boarded a train for Madrid where he wanted to "invent" himself. At the time, he was not quite 20.

The following year, Banderas, then an actor at the National Theatre in Madrid, was sitting in a cafe when a man approached and said: "You have a very romantic face, you should make movies."

That man was Almodovar, who went on to give him a small role in his 1982 screwball comedy "Labyrinth of Passion", which celebrated the hedonistic culture and sexual freedoms that erupted in Madrid following the death of longtime dictator Francisco Franco in 1975. 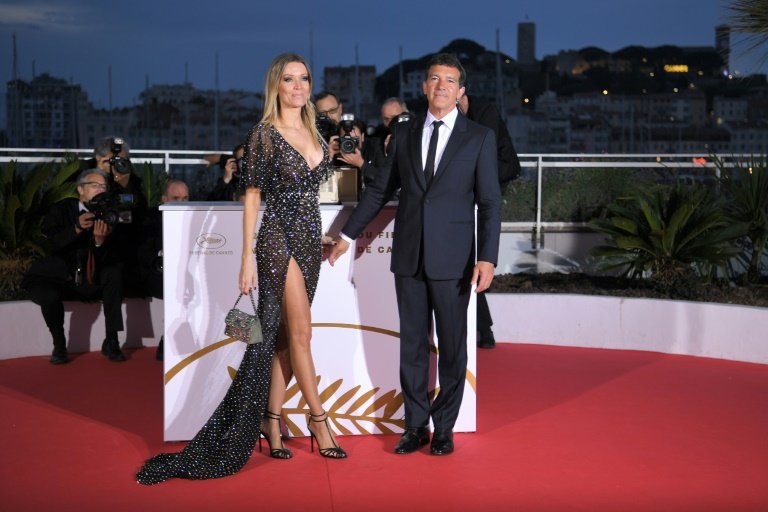 After breaking up with his wife Melanie Griffith in 2015, Antonio Banderas has been seeing Dutch-German actress Nicole Kimpel / © AFP

Despite not speaking English, he moved to the United States in the 1990s.

His first big success in English was in Jonathan Demme's 1993 film "Philadelphia" in which he played a lover of Tom Hanks' AIDS-infected lawyer.

He also starred alongside Tom Cruise in the 1994 film "Interview With the Vampire" and Anthony Hopkins in "The Mask of Zorro" four years later. He got a star on the Hollywood Walk of Fame in 2005.

Banderas's love life has been closely followed by the gossip press which said he divorced a Spanish actress in 1996 to start seeing American filmstar Melanie Griffith whom he met on the set of the 1995 romantic comedy "Too Much".

The couple, who have one daughter, divorced in 2015 after 19 years of marriage.

Since then, Banderas has been seeing Dutch-German actress Nicole Kimpel whom he reportedly met at the Cannes film festival.

Last year, he spent hours in makeup every day to play Picasso in the TV series "Genius".

Like Picasso, Banderas grew up in the southern city of Malaga, where he participates each year in one of its annual Easter processions and where he is very involved in the theatre world with hundreds of students.

Later this year, he will open a theatre there.