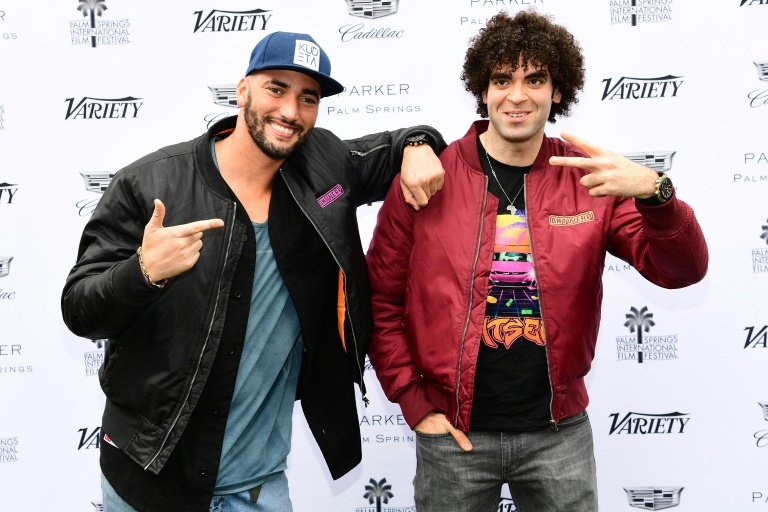 Directors Bilall Fallah (L) and Adil El Arbi, pictured in 2018, plan to make another film based on the Antwerp underworld called "Gangstas" / © GETTY/AFP/File

The directors of the new Will Smith "Bad Boys" movie are to make another Belgium crime drama after their first caused riots in the country, their producers said Wednesday.

Screenings of "Black" by hot Belgian directing duo Adil El Arbi and Bilall Fallah had to be cancelled in Brussels in 2015 when fighting broke out after underage teenagers sneaked into a cinema without tickets.

The award-winning movie, a Romeo and Juliet drama about street gangs in Brussels, was based on a children's book, but censors gave it a 16 certificate.

Frustrated youngsters began throwing things when they were told to leave the film.

El Arbi and Bilall are now to make another film based on the Antwerp underworld called "Gangstas", a follow-up to their 2018 hit "Gangsta", its producer Hendrik Verthe told Screen Daily at the Cannes film festival.

The pair are shooting "Bad Boys For Life" in Florida at the moment, the third instalment of the US action comedy franchise starring Will Smith and deals with narcotics cops in Miami.