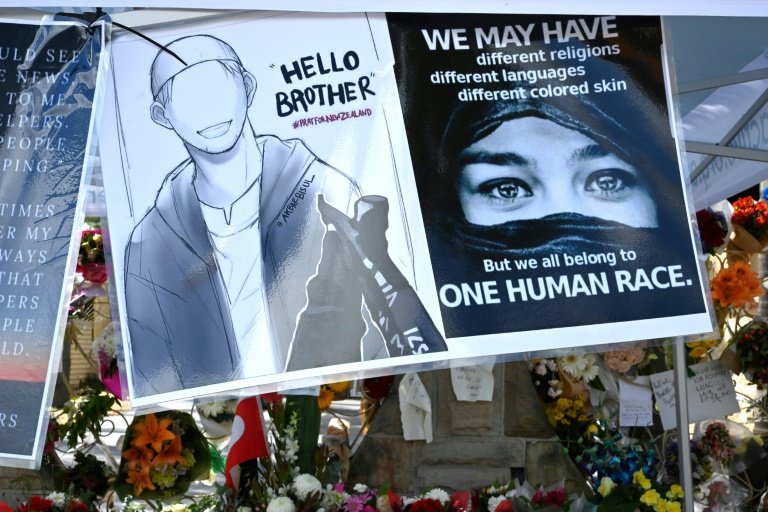 After the massacre, the welcoming words spoken by an elderly Afghan man to the gunmen as he entered the mosque echoed around the world, with "Hello brother" becoming a rallying call against hatred / © AFP/File

The New Zealand mosque massacre in which a white supremacist slaughtered 51 people is to be turned into a movie called "Hello Brother", its producer told media at Cannes on Wednesday.

The feature film, which follows a family of refugees that flees Afghanistan for the safety of Christchurch only to get caught up in the carnage, is being made by Egyptian producer Moez Masoud, he told Variety magazine.

"In Christchurch, on March 15, the world witnessed an unspeakable crime against humanity," Masoud told Variety, saying members of his team were currently in New Zealand to meet survivors and families of the victims.

"The story that 'Hello Brother' will bring to audiences is just one step in the healing process so that we might all better understand each other, and the root causes of hatred, racism, supremacy and terrorism."

The title is based on the welcoming words spoken by an elderly Afghan man as he greeted the gunman at the doors of the Al Noor mosque. He was shot dead, but his words were taken up around the world as a rallying call against hate.

News of the production was announced on the second day of the Cannes film festival, just two months after the bloodshed.

Reacting to the announcement, the Christchurch-based Muslim Association of Canterbury, which represents Islamic organisations in the region, said it had not been approached about plans to make any such film.

"We have not had any proposal such as this presented to us nor have we agreed to it," the organisation wrote on its Facebook page, although one man had visited the mosque on Tuesday with some "vague ideas" about filming something.

"We cannot stop such projects going ahead if filmmakers choose to embark on them, but the Muslim Association of Canterbury regards the dignity and privacy of our community and the dignity of those whose lives were taken as paramount," it said.

Masoud co-wrote the script and the film is being produced by his Acamedia Pictures.

Last year, "Hotel Mumbai" offered a vivid dramatisation of the 2008 siege at the Taj Mahal Palace Hotel as part of a string of attacks that killed 160, while "U - 22 July" recounted the deadly 2011 rampage in Norway by a rightwing extremist that left 77 dead.

Masoud, who is an influential Islamic scholar, produced the 2016 film "Clash" about the social and political turmoil which brought about the ousting of Egypt's former Islamist president Mohamed Morsi in 2013. The film opened the Un Certain Regard category at Cannes the same year.