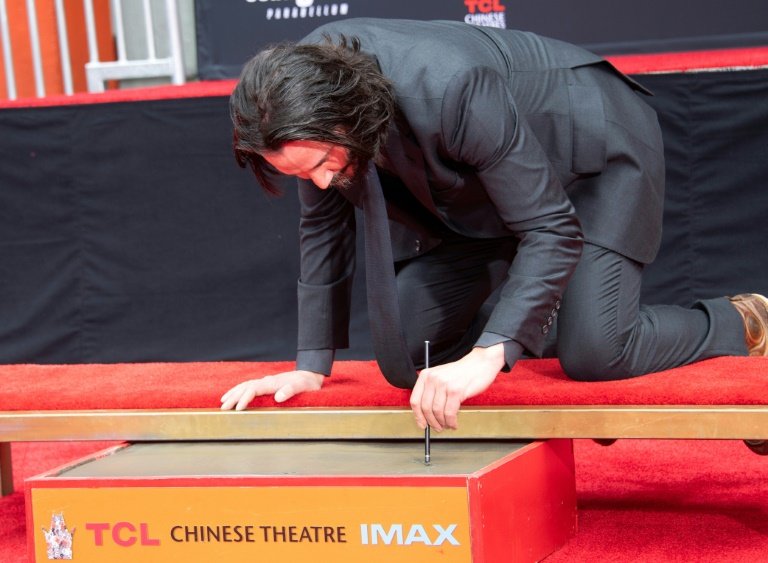 Keanu Reeves signs his name in fresh cement in front of the TCL Chinese Theatre in Los Angeles on May 14, 2019 / © AFP

Actor Keanu Reeves signed his name and sunk his hands and feet in fresh cement Tuesday in front of the TCL Chinese Theatre in Hollywood.

More than 30 years have passed since the star of "The Matrix," "Speed" and "Point Break" tried his luck by taking his car from Toronto to Hollywood to become an actor. 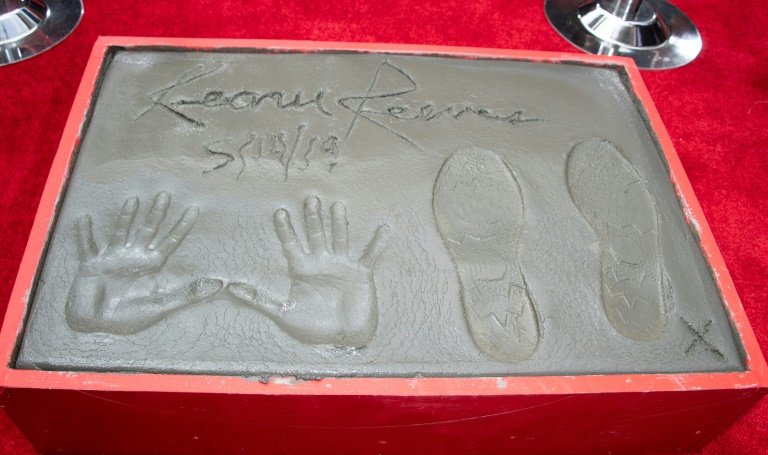 Reeves's handprints, footprints and signature are seen during a ceremony in his honor at the TCL Chinese Theatre IMAX forecourt / © AFP

"It is a great honor to be here and to be invited to this remarkable, historical, magical place," Reeves told a crowd gathered for the ceremony at the Chinese Theatre.

"To be included among all of the incredible artists who have made their mark here over the past 92 years, to be a part of this Hollywood tradition started by Sid Grauman all those years ago and which continues to this day, I thank you. Thank you very much."

Born in Lebanon's capital Beirut in 1964 but raised in New York and Toronto, Reeves left high school to become an actor. 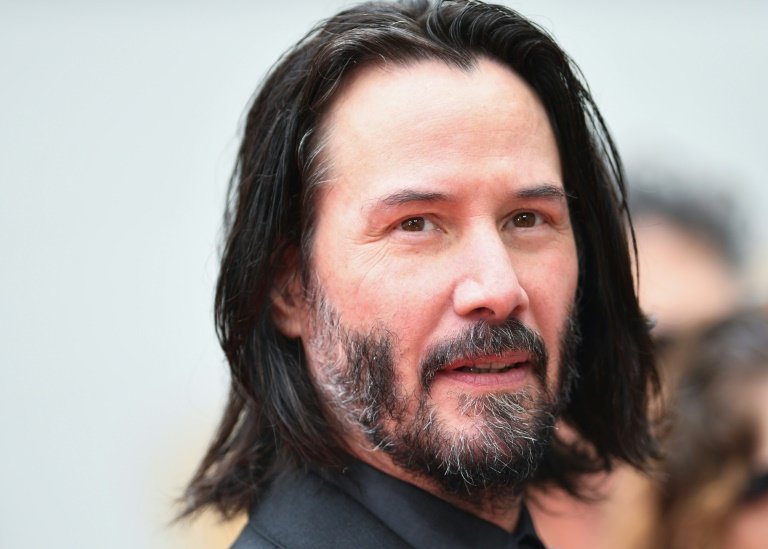 More than 30 years have passed since the star of "The Matrix," "Speed" and "Point Break" tried his luck by taking his car from Toronto to Hollywood to become an actor / © AFP

He came to Hollywood in 1986 to work on the film "Youngblood," also starring Rob Lowe.

Reeves rose to fame with "Bill & Ted's Excellent Adventure" and its sequel, but is best known for his role as Neo in "The Matrix" trilogy.

Friday will see the release of his latest starring role, in another trilogy, "John Wick: Chapter 3 – Parabellum."

Laurence Fishburne, who played the role of Reeves's mentor Morpheus in "The Matrix" and also appears in the upcoming "John Wick" film" called Reeves one of the "smartest and most intelligent men that I have ever met."

"After being in the public eye for so many years, he has somehow managed to maintain more than a little bit of mystery, which is really cool," Fishburne said at the Hollywood ceremony.

"He is a deeply sensitive and thoughtful person, and he is also a courageous and passionate artist."

Reeves' marks in front of the Chinese Theatre come after he received a star on the Hollywood Walk of Fame in 2005.