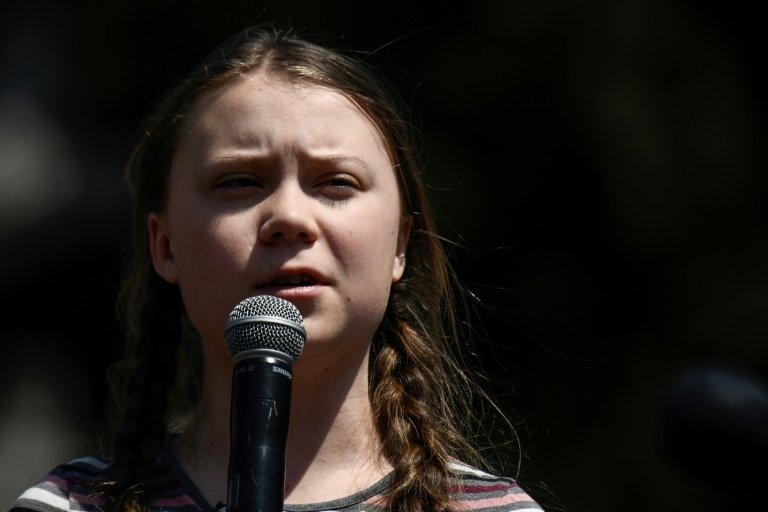 "We children are not sacrificing our education and our childhood for the adults and politicians to tell us what they consider is politically possible in the society they have created," the 16-year-old told crowds gathered in Rome.

"We have not taken to the streets for them to take selfies with us, and tell us that they really, really admire what we do.

"We children are doing this to wake the adults up," she told the crowd of 5,000 youngsters, some of whom were holding up placards warning "Climate Change = Human Extinction" and "Time is Running Out".

"In the last six months, millions of school children, not least in Italy, have been school striking for the climate. But nothing has changed. There is no political change whatsoever in sight," Thunberg said.

Italy's populist government -- the first in Western Europe -- has a poor record on the environment, with the hard-right, pro-business League battling the Five Star Movement (M5S) over a series of large-scale infrastructure projects. 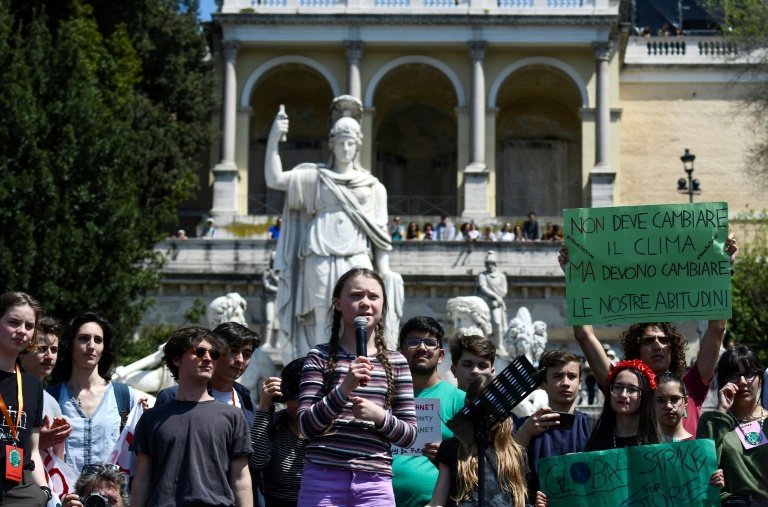 And the anti-establishment M5S has angered its base by breaking several electoral promises, including pledges to close the vast and heavily polluting Ilva steel plant, or stop construction of a gas pipeline from Albania.

Thunberg addressed the Italian Senate on Thursday after meeting Pope Francis at the Vatican on Wednesday.

"Politicians in Italy love to welcome celebrities, as they did (with Thunberg) yesterday, but when it comes down to the facts, we have yet to see any action," WWF representative Domenico Aiello said.

"The League and the M5S have done nothing. A tweet is not enough in the battle to save the climate," said Aiello, who was carrying an large inflatable Planet Earth on his shoulders.

Paola Samaritani, 52, who brought her pet pig to the demonstration, was disappointed more was not being made of the damage done by intensive animal farming in the country of Parma prosciutto and Parmesan cheese.

"The animals are considered sausages or ribs from the moment they're born," she said as she gave pig Dior some water.

"There's a lot of talk about combatting climate change, but these kids probably have ham sandwiches in their backpacks".