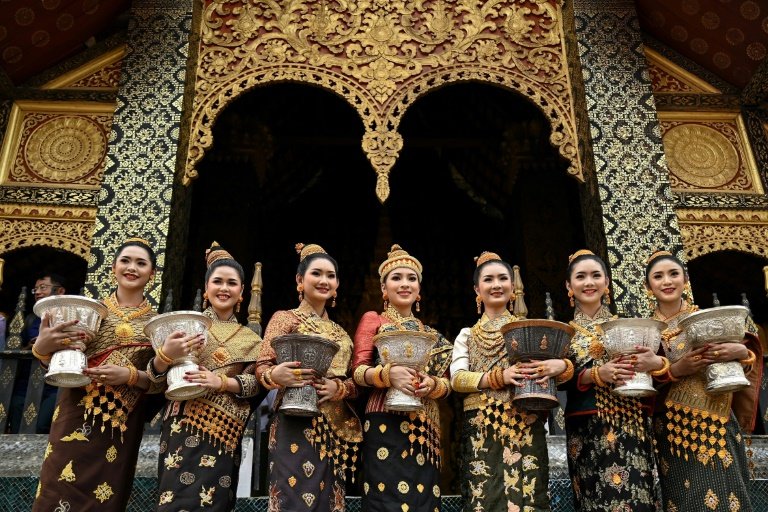 But this is no regular pageant: the contestants are stand-ins for the seven blessed daughters of Laos' legendary heavenly King Kabinlaphom competing for top honours at the country's most famous beauty contest. 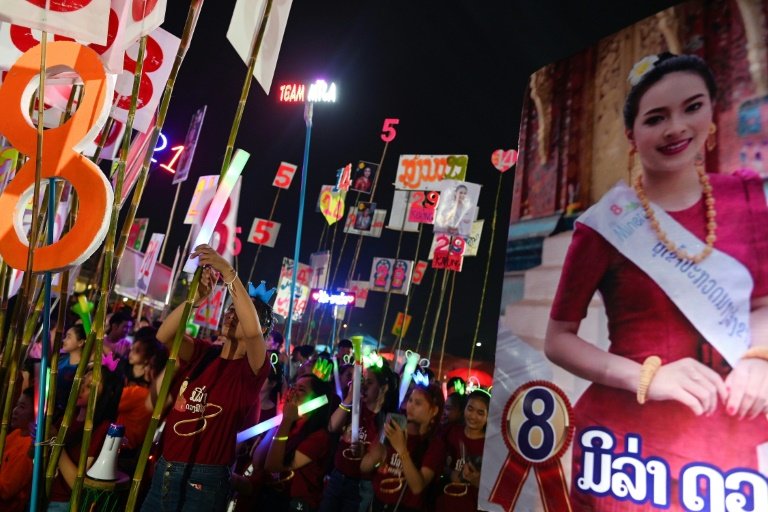 "Everyone wants to be Miss Laos New Year," said spectator Kini, who was cheering on her sister, Mila Douangmixay.

"If she wins she will be famous for a whole year! It's very special for Laos girls," Kini told AFP, standing in the massive crowd of cheering fans holding placards featuring numbers in support of their preferred competitors.

Entering the contest is no easy feat.

Contestants must be under 18 and are chosen by a local committee that first selects up to 30 girls. 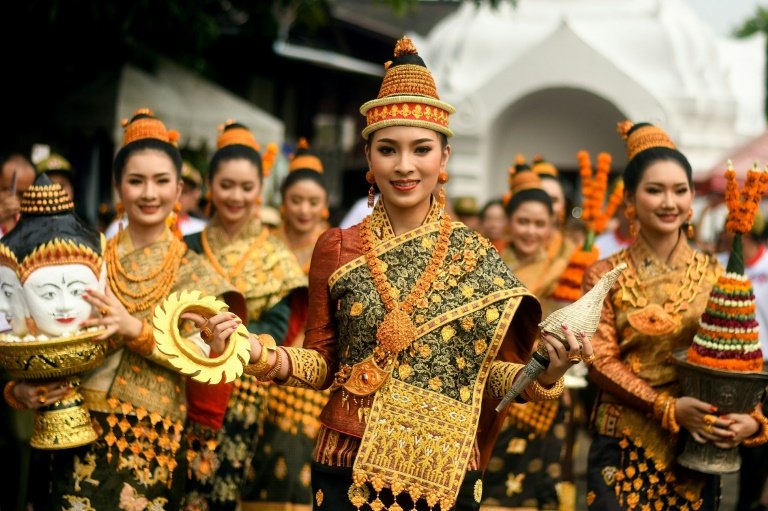 Numbers are then whittled down to seven contestants -- all symbolising the King's daughters -- by a panel of judges and voting fans who size up the contestants on stage.

The pageant is a highlight of days-long Buddhist new year celebrations that draw thousands of worshippers and tourists to the normally sleepy city of Luang Prabang. 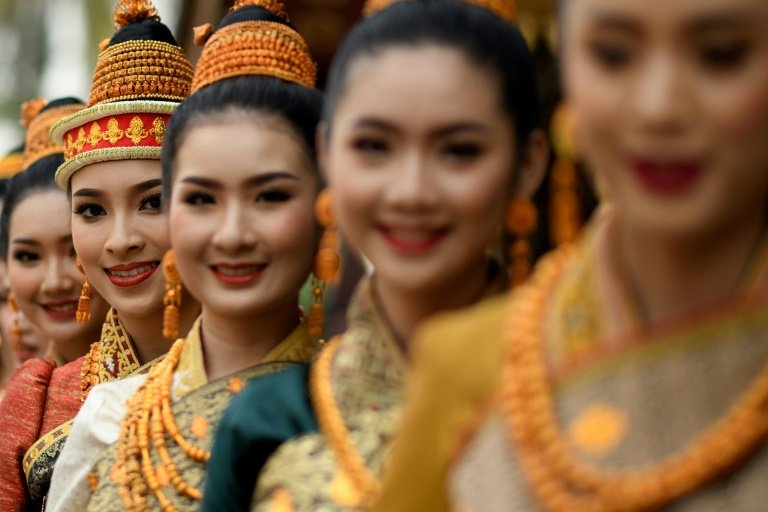 The city is taken over by holiday events: elephants are paraded through the streets, sand stupas are carved on the banks of the Mekong River, and masked men dressed as the country's sacred protectors lead the main new year day procession.

For many, the hottest ticket in town is the new year pageant, known as "Nang Sang Khan", where some fans who don't make it inside clamour to peek over fencing around the event.

Everyone gets a chance to see the girls again at the mainstay parade on new year day, when the girls are accompanied by bodyguards to walk to the shimmering golden Wat Xien Thong temple, one of Laos' oldest and most sacred, to make offerings.

But only one winner will hold the honour after festivities die down, and she will spend the following 12 months making public appearances until the next blessed "daughter" takes over.

As for Kini, her campaigning to see her sister win paid off; Douangmixay was crowned Miss Laos New Year at this year's pageant.