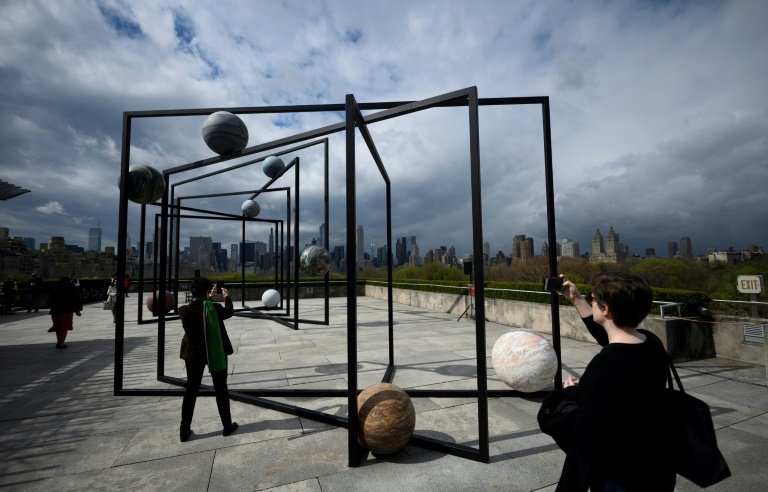 Alicja Kwade's "ParaPivot" will be on display in the roof garden of the Metropolitan Museum of Art in New York through October 27, 2019 / © AFP

Polish-German artist Alicja Kwade has brought the vastness of the solar system to the roof garden of New York's Metropolitan Museum of Art.

With the Big Apple's iconic skyscrapers in the distance, art lovers can ponder their place in the universe.

Kwade -- known for her enigmatic sculptures and installations -- first attracted attention at the Venice Biennale in 2017.

She is now only the seventh artist invited since 2013 to decorate the Met's roof esplanade overlooking Central Park. 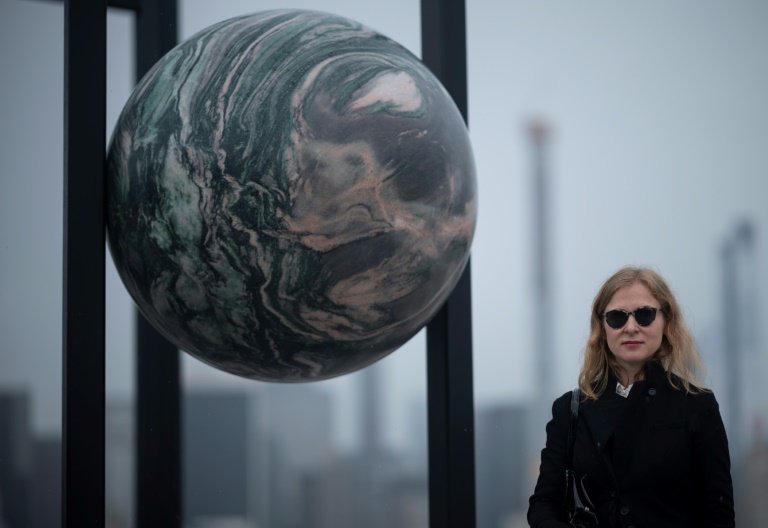 The 40-yar-old, who is based in Berlin, has created "ParaPivot," a massive metallic framework dotted with nine marble and granite spheres, one of which weighs 1.6 tons.

They are made from stone sourced from around the world -- Brazil, Germany, India, Italy, Norway and Sweden.

As with all of her works, Kwade's message behind her latest installation -- on display from Tuesday through October 27 -- is complex and open to interpretation.

"When you look from one position, it looks that the sphere is sitting on top of the skyscrapers, so they look like pedestals," she told AFP, explaining that the towers are "actually just pedestals of pure capitalism." 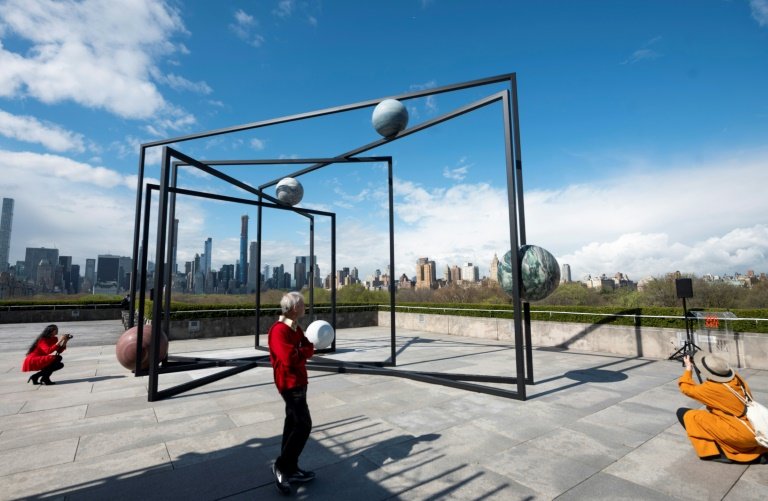 "New York and the skyline of New York is the most caricature-like image of a city, of what people imagine as probably the highest achievement you can get," she noted.

But the sculpture is also meant to evoke thoughts of the solar system and humankind's small place in it.

"We are living on a spinning rock," Kwade said. "I hope they make you feel small but big in the same moment."

"On one hand, it's being in the middle of the universe, playing God, but on the other hand, (it's) thinking about us being on a spinning sphere like this and probably feeling a bit small."

In the rain, with New York's skyscrapers obscured, Alicja Kwade's "ParaPivot" can take on a different meaning / © AFP

The idea of questioning one's place in the universe and learning to think in relative terms is a constant in Kwade's work.

Met director Max Hollein says he has "always admired Alicja's work for its capability of (...) being extremely precise almost with a form of severity to it, but on the other hand, it can be so puzzling."

"Her art is physically and mentally engaging," he said, while admitting: "It can be tough to grasp."