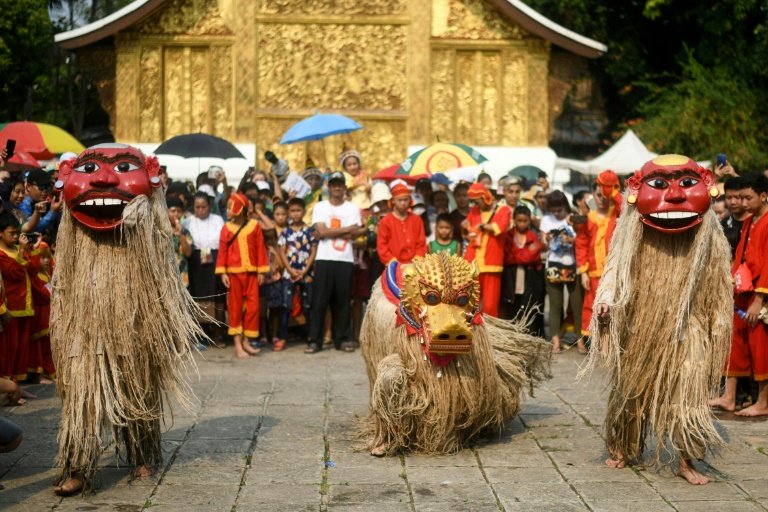 Revellers splash water on the pair and their gold-studded masked lion cub during the annual procession at the height of the city's days-long holiday celebrating the Buddhist new year.

Some revellers wait all year to catch a glimpse of the procession, which stems from Laos folklore.

As legend goes, Laos' heavenly king put out a call for earthly volunteers to cut a massive vine which was blocking farmers from growing rice and vegetables.

No one offered until an elderly couple -- Pou Nyer (grandfather) and Nyar Nyer (grandmother) -- said they would do it, despite knowing such a difficult task would end in their deaths. 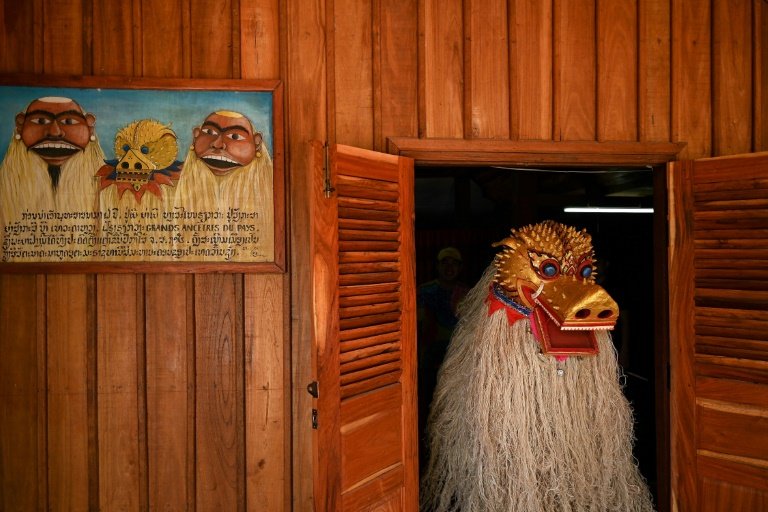 After they were killed by the giant vine, the king called on Laotians to forever worship the couple and their lion cub, and they are now believed to be the country's ancestral protectors.

Today two male performers represent the sacred duo and two more their lion cub, with the costumes and masks coming out just once a year for a parade that ends with a dance at the glimmering golden Wat Xien Thong temple, one of the country's oldest and most scared, on the banks of the Mekong River.

When the festivities are over, the costumes are carefully returned to a special chest in a temple across town dubbed the "sanctuary of the divinities", where they will rest for the next 12 months.

The procession is the culmination of days of merrymaking in the UNESCO-listed city, a tourist hub that drew more than 755,000 visitors last year, according to Laos official data.

Elsewhere in town, elephants are dressed up and paraded through the streets and alms are offered at sunrise to orange-robed monks in the city's ornate temples. 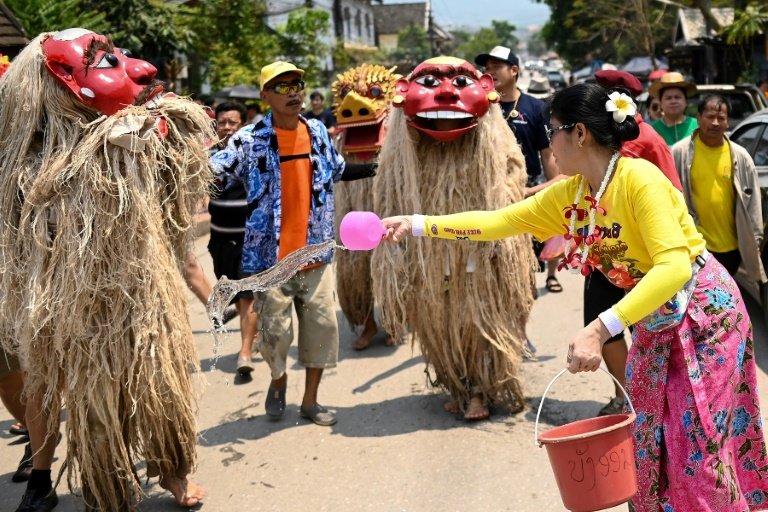 And on the sandy banks of the river, worshippers carve knee-high sand stupas decorated with images of beloved monks and holy flowers.

For some, the annual celebrations are reason enough to book a trip.

"I planned my trip to see the Laos new year ... it's my first time," French tourist Couelle Guillaume told AFP.

"It was unique to see ... different culture and ethnicities."