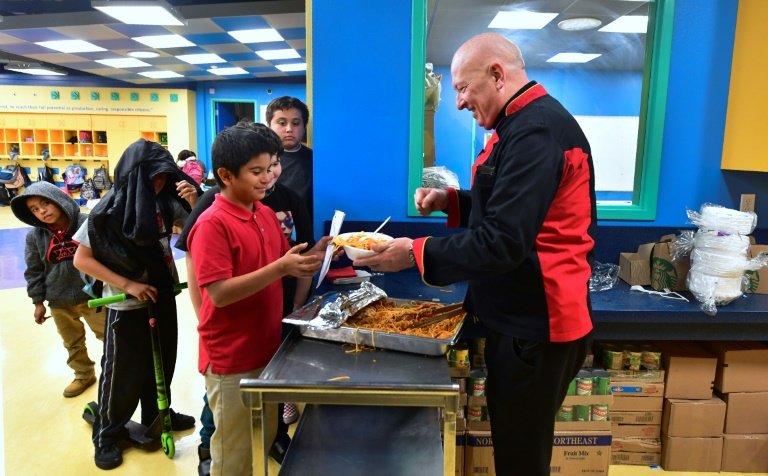 For thousands of poor or homeless children in California, you could say that Chef Bruno Serato is a real super-hero, vanquishing hunger by the plateful -- three million meals in 14 years, to be exact.

His powers lie in the pasta topped with tomato sauce that he prepares on weekdays for some 5,000 underprivileged kids living in the region of Anaheim, in southern California.

"With the pasta, I can win the war against hunger," jokes the 62-year-old during a recent interview at his famed restaurant "The White House," located some 25 miles (40 kilometers) south of Los Angeles.

Every week, from Monday through Friday, Serato faithfully boils nearly 800 pounds (350 kilograms) of spaghetti and potfuls of sauce to feed hungry children through his Caterina's Club foundation, named after his mother.

The genesis for his project dates to April 18, 2005, when Serato, who was born in France to Italian parents and who moved to the United States in 1980, toured a children's center near his restaurant. 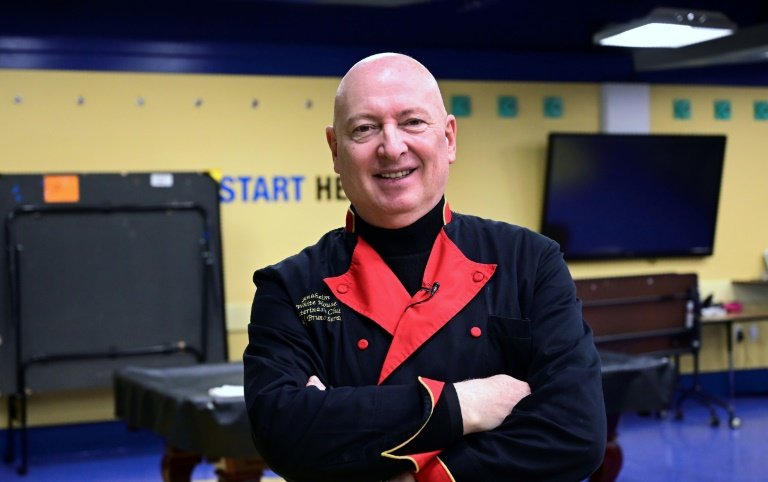 Chef Bruno Serato says if you want to help others, but aren't sure how, start with a simple "hello" / © AFP

He was accompanied by his mother, who was visiting from Italy and who was horrified by what some of the children were eating for dinner because their families couldn't afford a proper meal.

One six-year-old boy, who lived in a motel and whose parents had no money or even a kitchen in which to cook, was munching on chips.

"Like all Italian mothers, she said: 'If he's hungry, he can eat pasta' and we immediately headed to the restaurant kitchen to make him some," recalled Serato.

"I haven't stopped making pasta since," he added.

Serato has since served three million meals to hungry children in nearly 90 sites, including schools and community centers, throughout Los Angeles and Orange counties.

On Thursday, he and his foundation are celebrating that milestone Thursday with 200 children invited to his restaurant.

He recently decided to shut down his upscale restaurant at lunch to focus on the meals for the children.

"We were busy at lunch before but never fully booked," he said. "So I made a choice."

Giving has become a way of life for Serato.

Born in 1956 in Laon, in northern France, he fondly recalls his bucolic childhood with six brothers and sisters. 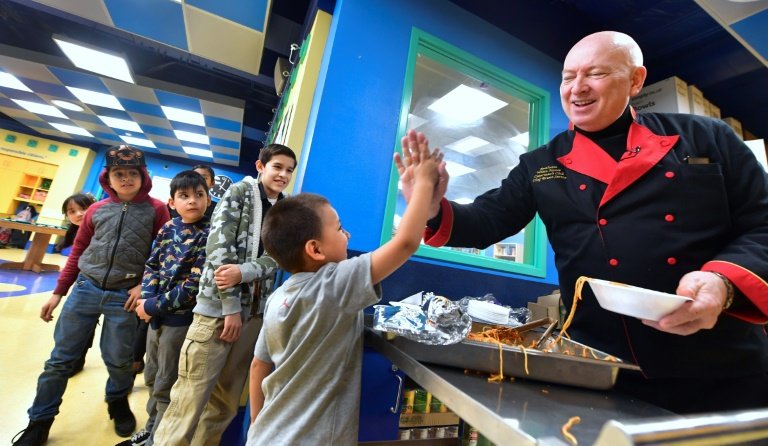 Chef Bruno Serato gives a high-five to a boy as he serves spaghetti to children, some of whom come from homeless backgrounds / © AFP

His parents were agricultural workers, and though they were poor and he often wore hand-me-downs, Serato says he never lacked for anything.

"I ate spaghetti with marinara sauce every day because it didn't cost anything, and I never went hungry!"

He says people love to help others, but often don't know how to get started.

"Just start with one small thing," he advises. "You can start with a 'hello,' a 'good morning.' Do one plate of pasta, give a hug, give a little jacket that you don’t use to someone who needs it.