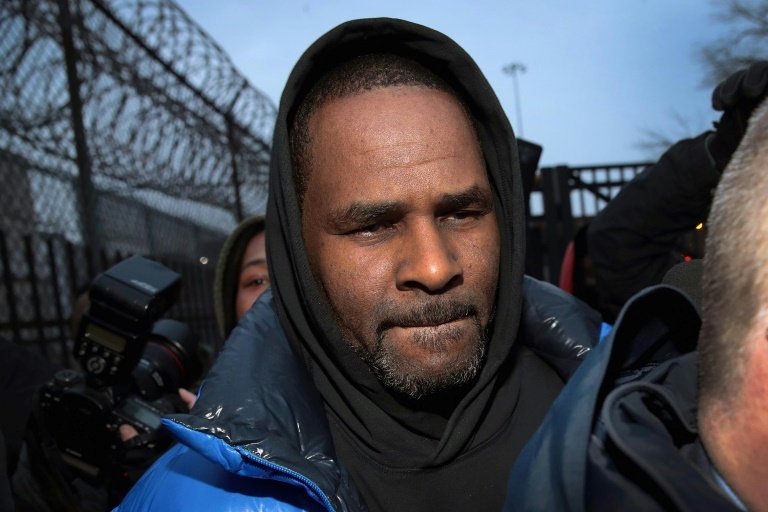 "I didn't do this stuff. This not me," Kelly told "CBS This Morning", saying he was "fighting" for his life in an interview to air Wednesday. Excerpts were released Tuesday.

He dismissed the allegations against him as rumors.

"Whether they're old rumors, new rumors, future rumors, not true," said Kelly, who became upset and emotional during the interview.

He spent three nights behind bars and was released after coming up with $100,000, 10 percent of the $1 million bail set in court.

The sex acts are alleged to have occurred between May 1998 and January 2010, according to prosecutors.

Kelly has been accused of sexual misconduct before.

In 2002 he was charged after allegedly filming himself having sex with a 14-year-old girl. He was tried and acquitted of child pornography charges in 2008.

Now he says his reputation is being used against him.

"People are going back to my past, OK? That's exactly what they're doing. They're going back to the past and they trying to add all of this stuff now to that. To make all this stuff that's going on now feels real to people," Kelly said, according to the CBS transcript of the interview.

He also addressed a report by BuzzFeed in 2017 that said Kelly had kept women as virtual sex slaves at homes he owns in Chicago and Atlanta.

Kelly denied ever holding anyone against their will.

"I don't need to. Why would I? How stupid would it be for R. Kelly, with all I've been through in my way, way past, to hold somebody," he asked.

The BuzzFeed allegations did not lead to any charges.

In January, a six-part documentary called "Surviving R. Kelly" was released. It alleged he engaged in sexual, mental and physical abuse of girls and women.