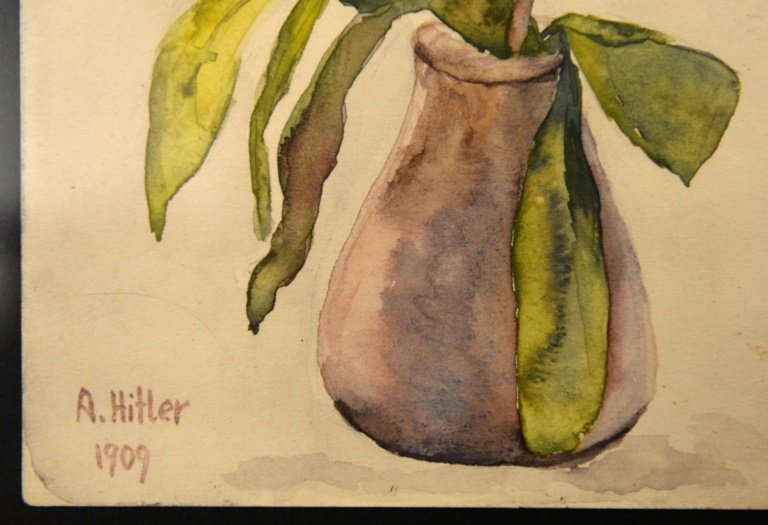 A watercolour still life signed by A. Hitler at the Weidler auction house in Nuremberg in 2015 / © AFP/File

A German auction house Thursday scrapped the planned sale of 26 artworks attributed to Adolf Hitler, after doubts emerged about their authenticity just days before they were to go under the hammer.

A German auction house Thursday scrapped the planned sale of 26 artworks attributed to Adolf Hitler, after doubts emerged about their authenticity just days before they were to go under the hammer.

Five other paintings signed "A. Hitler", all of them watercolours, will still be auctioned off on Saturday as scheduled, according to the Weidler auction house in the southern city of Nuremberg.

A vase, wicker armchair and table cloth presumed to have belonged to the late Nazi dictator also remain on offer in what Weidler has billed a "special auction".

"Unfortunately we must inform you that some of the pictures have been dropped because of a review," the auction house said in a statement.

The move came after prosecutors on Wednesday collected 63 artworks from the Weidler premises bearing the signature "A.H." or "A. Hitler", over suspicions the works were not created by Hitler himself.

Twenty-six of them -- a selection of watercolours, oil paintings and sketches -- had been advertised for Saturday's auction. They included mainly depictions of buildings and nature scenes but also several female nudes. 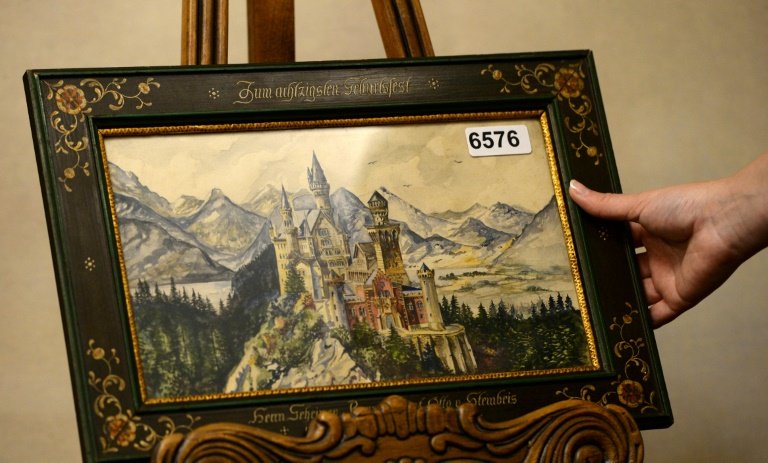 A watercolour painting of Neuschwanstein Castle signed by A Hitler on display in 2015 at the Weidler auction house in Nuremberg, southern Germany / © AFP/File

Sales of alleged artworks by Hitler, who for a time tried to make a living as an artist in his native Austria, have long been controversial -- and have often proved to involve fakes over the years.

Just last month German police seized three watercolours presented as Hitler's works before they were due for auction in Berlin, claiming they were forged.

The Alpine and Rhenish landscapes were dated 1910 and 1911. They were signed A. Hitler and offered by auction house Kloss.

The Nuremberg-Fuerth prosecutor's office said it had opened an investigation against unknown persons "on suspicion of falsifying documents and attempted fraud" in connection with the pieces found at Weidler auctioneers.

Investigators will now examine the works to determine if they are fakes or originals, chief prosecutor Antje Gabriels-Gorsolke told AFP.

"If they turn out to be fakes, we will then try to determine who knew what in the chain of ownership," she said. 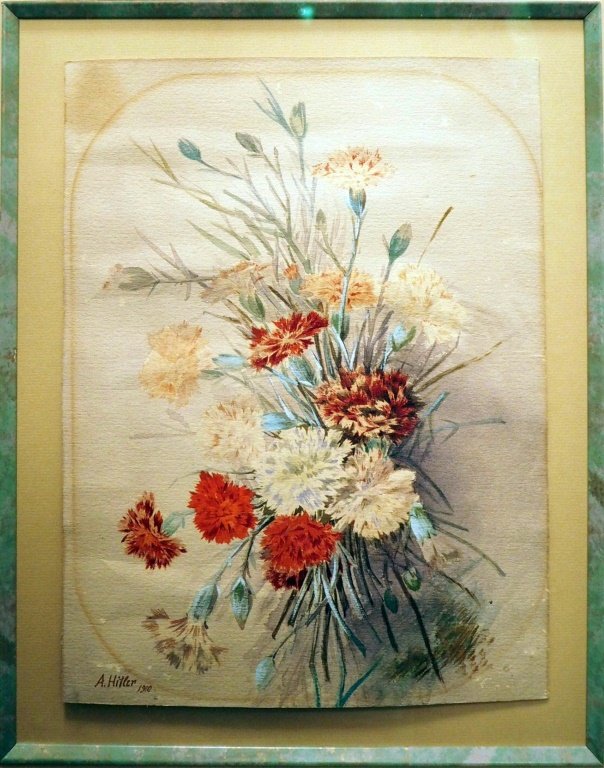 "Still life with flowers" signed A. Hitler at the Weidler auction house in 2015. Investigators have seized more than 60 works of art bearing such a signature on suspicion they were forged / © AUKTIONSHAUS WEIDLER/AFP/File

The auction house had cooperated fully and handed over the works voluntarily, she added.

The five paintings remaining for Saturday's auction in Nuremberg are watercolours of landscapes, with one depicting a mountain lake view carrying the highest starting price at 45,000 euros ($51,000).

The wicker armchair and the white-and-blue porcelain Meissen vase that will likewise be auctioned off have themselves come under scrutiny for bearing swastikas.

In Germany, public displays of Nazi symbols are illegal although exceptions can be made, in educational or historic contexts for instance.

In this case, Gabriels-Gorsolke said the auction house had not fallen foul of the law because the swastikas on both items were pixellated in the catalogue and covered up on-site.

Hitler tried to enrol in the Vienna Academy of Arts as a young man but was rejected for lack of talent.

He continued painting, however, and copied landscapes from postcards which he sold to tourists.

Experts consider his work to be of mediocre quality. 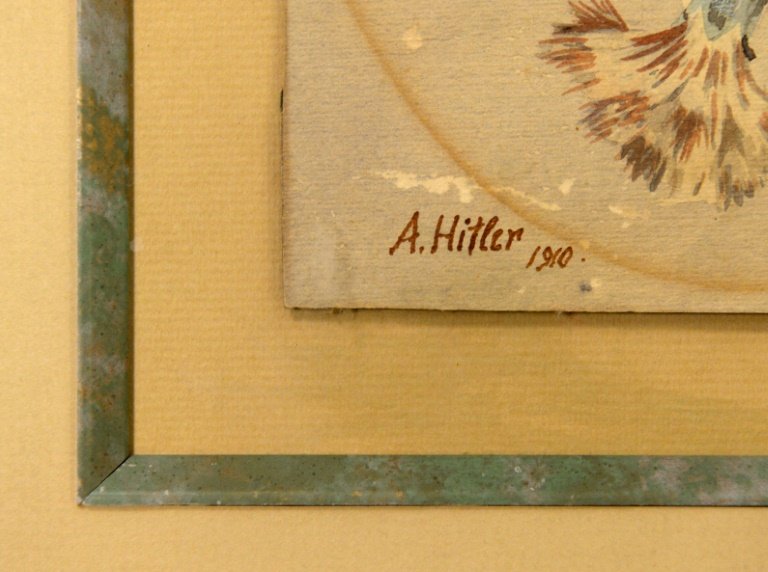 The signature 'A Hitler, 1910' at the bottom of a watercolour at Weidler auction house in Nuremberg. Hitler did try to enrol in the Vienna Academy of Arts as a young man but was rejected for lack of talent / © AFP/File

Hitler had the style of "a slightly ambitious amateur" but his creations did not stand out, said art expert Stephan Klingen of Munich's Central Institute for Art History.

Hitler went on to head the Nazi party and became Germany's chancellor in 1933 before leading the country into World War II and seeking to exterminate Jews.

He committed suicide in a Berlin bunker on April 30, 1945, ending the Nazi's reign of terror.

A 2015 sale of Hitler watercolours by the Weidler auction house fetched nearly 400,000 euros.