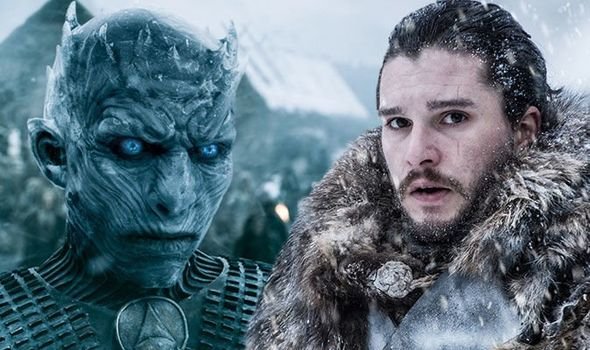 After a very long wait, winter has arrived in Westeros.

HBO has just released a particularly chilling first trailer for the upcoming Season 8.

Get out your diaries/set your alarms/cancel work/life: Sunday, April 14, the eighth and final season of Game of Thrones (six episodes) starts on HBO.

We find Jon Snow, Sansa and Arya Stark at the end of Winterfell's caverns, in front of the statues of their ancestors.

They then fall on their own replica, frozen in the stone, before the airs cool and a terrible evil invades the room.

Jon and Arya finally unsheathe their weapons, ready to take on the threat from the north.

In a previous teaser published a few weeks earlier, HBO had shown that the breakthrough of the White Marchers and their army would "freeze" the first line of resistance of the Men, composed of Stark and Targaryen.

Only the Lannisters would obviously be able to withstand the cold from the north.