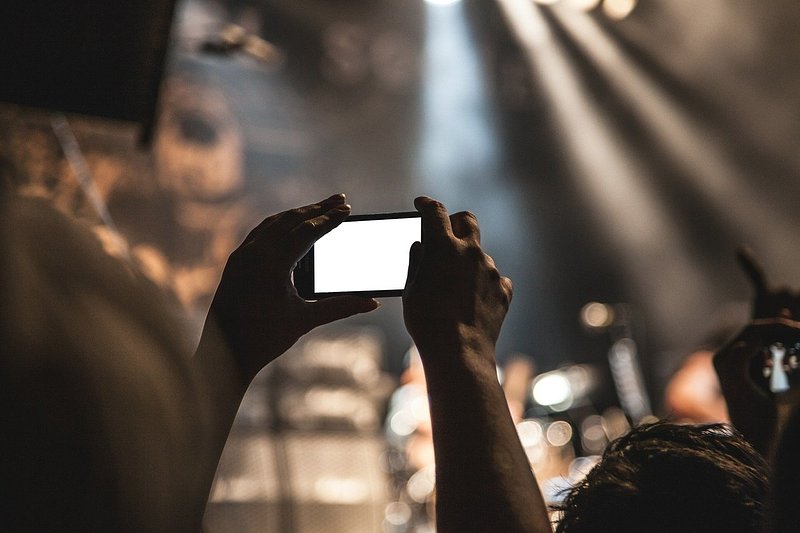 In this week's column, Christelle McKillen ponders about the 'good ol' life' pre-smartphone age. But that has made her think: what did we do the whole time before we had smartphones?

In a recent conversation I took a trip back to yesteryear, when myself and a friend were discussing music festivals. Whilst we are still relatively young, we are also old enough to have experienced music festivals pre-smartphone. It was 2007, iPhone launched in the US that summer and it was also the year of my first ever music festival. The youth of the country descended onto a muddy patch on a racecourse somewhere in the middle of Co. Kildare, for three days of unbridled hedonism and warm cans of Tennent’s beer to the dulcet tones of The Killers, The Kooks, DaftPunk, Amy Winehouse and many others.

However, most of my memories stop there, not just because of the copious amounts of alcohol on a young liver but because the only records I have to speak of are a few blurry photos from a disposable camera, somewhere in a drawer.

Of course, now some years later, I have also experienced musical festivals in the age of the smartphone, where you can barely see the act on stage due to the number of phones in the air (I’m also guilty of this, btw). And so, my question is, “What was I doing the whole time before smartphones?” Not just at music festivals, but in my actual life.

All my phone could do in 2007 was send SMS messages/make calls and so I barely touched it for those three days (except to call my parents at the end and let them know I had contracted food poisoning from some dubious chicken and would therefore be requiring their urgent assistance). Given my absolute over-reliance on my phone now in 2019 (anyone who follows me on Instagram can vouch for that) I sadly have to ask how the time was passed. No memes, no Instagram, selfies were not a thing, no digital news, no ‘entire world’ in the palm of your hand. Anyone else forget how a pre-smartphone life was lived? And more importantly: are we having more or less fun?

They say ignorance is bliss, but could you go back to the Nokia 3310 era now? Could you go to a music festival/concert and NOT take a video or photo and not share it on a social media in some form? I think the answer for the vast majority of us is yes, we could restrain ourselves but actually we really want to document it in some way.

Jack White, guitarist and former singer for The White Stripes famously admitted to never having owned a mobile phone, he has also essentially banned the devices from his concerts.  According to his tour managers, “We think you’ll enjoy looking up from your gadgets for a little while and experience music and our shared love of it IN PERSON.” Never having owned a phone himself, White was dismayed to see many of his fans preoccupied with the devices “People can’t clap anymore, because they’ve got a fucking texting thing in their fucking hand, and probably a drink, too!” he told Rolling Stone.

Luckily, people are starting to cop on to this ‘not living in the present’. Several bars and restaurants now have no WIFI zones and ask for phones to be put away, sometimes even offering a discount for the price of the meal. I’ve yet to see it happening in Luxembourg but it’s certainly on the rise, the aim being to protect the ‘ambience’ of certain establishments.

Pre-smartphone you could also talk nonsense about any manner of subjects, you were allowed to be vague about so-called facts, gloss over it - but nowadays if you want to contribute you better be careful because the smartphone police are out in force. When The Guardian asked readers to submit their pre-smartphone memories, one reader said: “Conversation becomes painfully stilted now as there’s always someone who’ll whip the damn thing out and try to verify anything said, or find some fact to back it up.” I must say this is true, I’ve been fact-checked one time too many at this point.

Humans love nostalgia, myself included. I often look to other eras and feel pangs of jealousy even though there is literally no better time to be alive than now. Nostalgia often comes with rose tinted glasses, to look back on something an era of life and remember it for way better than it in fact was. Perhaps I’m looking back at those smartphone-less music festival days too fondly, perhaps if I had of owned a smartphone, I could have looked up some nearby food places and avoided the dreaded salmonella …

I’m pretty sure I was having fun even if my current memories add an extra sheen to it. I have no other material to dispute the goings on of that weekend, just a few kids having fun in a field and a few polaroid’s to immortalise it.

As always I would love to hear your thoughts, let us know your pre-smartphone memories!