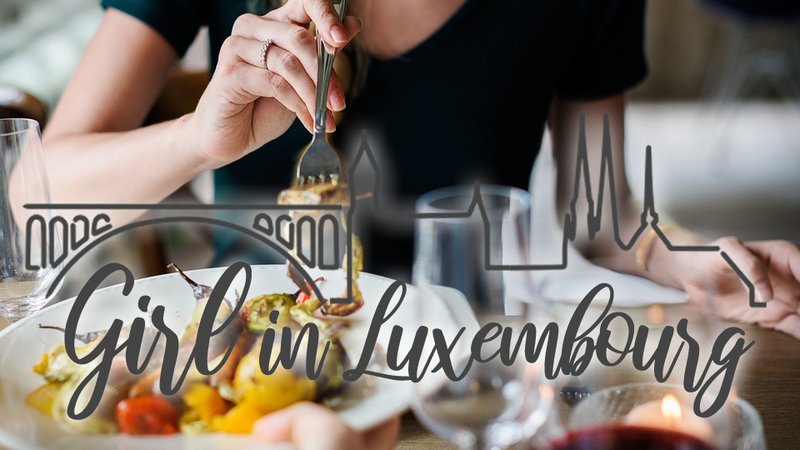 In her latest Girl in Luxembourg column, Christelle McKillen grapples with the art of eating alone - a practice which isn't as easy as it looks, it seems.

Growing up with three brothers, my mealtimes could be described as somewhat brisk - big portions consumed in a short space of time. We didn't have that leisurely continental vibe that the French/Italians/Spanish do so well with their long, slow wind-down to the day with various courses and/or potentially wine. Irish mealtimes were usually a meat and two veg kind of dish served at 6.30pm and of course a never-ending supply of 'spuds' (an Irish cliché that’s actually true) and you better eat fast before your brothers take all the food.

My first-time at a homecooked meal 'on the continent' was a revelation –Apéritifs and digestifs, the fact that cheese had a course of its own, bread baskets, people taking their time, the entire concept of the aperitivo – mind blown.

In the realm of dining etiquette, I had yet to master that kind of 'Cool effortless European' solo-dining. You know the type - those people usually on a Parisian side-street café enjoying a meal alone, perhaps a cigarette too, a solitary glass of red wine - looking perfectly content with the world.

On my first ever solo business trip to Paris I thought I would try this radical act out, I would BECOME that cool chic French girl having dinner, drinking red wine, people-watching, pretending I know how to smoke and generally oozing nonchalance.

In reality, I was furiously checking my phone every two seconds looking around me smiling at strangers trying to say 'I’m not usually a person who dines alone' with my eyes. I felt enormously awkward, I was acutely aware of everyone's conversations around me and found myself scanning the café for other people alone in a bid to reassure myself - of course there were some, but they all looked pretty comfortable with the situation.

Facing up to the fact that I wasn’t going to become one of those self-assured solo diners in the next few minutes, I called it a day, downed the remaining wine and made my way back to my hotel to bask in my sweet solitude without the (imagined) judgment of café-dwellers.

Subsequent business trips followed and the art of eating alone got easier, but never quite what I would call enjoyable. Shortly after, I came across this article about a young woman explaining the pleasure of dining alone, describing it as  "something of a personal rebellion, an effortless rejection of a societal norm." I had a renewed determination to find the fun in this supposedly rebellious act.

Soon after opportunity knocked once again, I found myself in Spain with some time to kill before my company arrived.  Fully equipped with my kindle, my phone, a magazine and a resolute attitude to have a nice time, I set off.

The fact that I was in a vacation destination meant there were hordes of tourists high on holiday hedonism, secondly, I had unfortunately selected a tourist-trap restaurant but considering how much courage it took me to go in the first place I whispered to myself that I would sit here and damn well enjoy it.

To begin with, the waiter asked would someone be joining me, "umm no" I replied uncertainly. He smiled and proceeded to make a "What’s a nice girl like you dining alone for?" kind of lighthearted joke to which I awkwardly laughed and shrugged (#wineplease).

Getting ahead of myself, I then thought, oh maybe I’ll be one of those interesting people who effortlessly strikes up conversation with their fellow diners…. hmmm not exactly. I didn't even look once in anyone's direction - I was quite absorbed in my book which alleviated my perceived awkwardness, but I still couldn’t exactly reach those lofty levels of a 'good time’' Perhaps it’s something that comes with age and knowing one’s self better, I wouldn't say I have given up entirely on this personal mission, but I do believe one day I will confidently stride into a restaurant request a table for one and give zero F's.

Luckily Luxembourg is only a hop, skip and a jump from Paris which is said to be of the most appealing destinations in the world for solo dining. After googling the topic at length I realised that solo dining is on the rise, according to this wonderful long-reads piece. The American author has enjoyed most of her solitary meals in France and lives by the motto 'la vie est trop courte pour boire du mauvais vin' – which I wholeheartedly agree with. I also randomly watched a documentary on the story of Starbucks, which gave me a surprisingly deeper insight into the psychology surrounding the act of partaking in food or drink alone – did you ever wonder why so many of the small Starbucks tables are round? (of course, you didn't, but I’m gonna tell you anyway).

And so, my solo-dining journey continues, you will now find me on a one-woman mission - sampling small round tables in Luxembourg.

So is it just me - is solo-dining an acquired taste? Let us know in the comments!