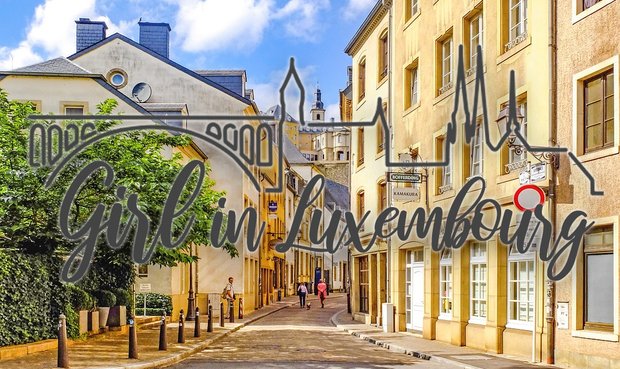 For someone who comes from a small-town I’ve become decidedly more ‘small-town’ since moving to Lux city.

I first realised it when I arrived in Heathrow airport… people…the sheer amount of people, the queues, the endless shops, the infinite amounts of choice in terms of restaurants and all the tacky souvenirs you could imagine, ranging from Meghan Markle to Winston Churchill to miniature red phone boxes. I was overwhelmed.

As I jostled with my oversized hand luggage trying to pick up a Boots MealDeal, it was impossible to hesitate in front of the sandwiches like I tend to do in any Luxembourg establishment… nope, grab whatever one is closest to you and get the hell out of there before you unwittingly get an elbow in the face.

I then ran to get the ‘Heathrow Express’ to bring me to my gate and subsequently back to the solitude and tranquillity of Findel airport. I realised I had developed a slight fetish for Luxembourg airport due to the sigh of relief/feeling of Nirvana I get every time I enter its well-polished doors. There was scarcely another human around as I gently sauntered into arrivals after a speedy passport check, I then made my way to the front of the airport where the No.16 bus was waiting (there was no queue) … we sped the 20 minutes into Luxembourg on a very quiet Sunday evening…Oh I was high on the convenience and the lack of people.

The downside of the simplicity and pleasant experience of Luxembourg airport is that you become easily flustered with any other actual airport that requires you to wait more than five minutes to get through security and to your gate, which is pretty much all other airports. Luxembourg also tends to make me less tolerant of any type of noise. Post-7pm in the leafy suburb of Belair you can almost hear a pin drop, any slightly louder noise and I find myself peering out the window whilst muttering ‘some of us have work in the morning’ under my breath.

Recently on a night out in Amsterdam, I was having a drink on Leidseplein square and the sheer amount of tourists and people was just astonishing, I commented to a friend that perhaps I’ve been living in Luxembourg too long because I felt in awe of the amount of people present, it felt like Dukes day in Lux...it was just a regular Friday night in Amsterdam.

The next day in order to select a restaurant I spent a good hour on various blogs and websites to pick which neighbourhood to go to, then I figured out the best tram to get there before then deciding on which bar/restaurant to pick, the whole process taking approximately 3 hours. I’ve become bad at making decisions because being spoilt for choice is not a task Luxembourg generally affords me.

I’ve always been the kind of person who likes to believe things are just ‘meant-to-be’ — when things in life don’t go to plan, in Ireland we say, “what’s for you, won’t go by you”. Whilst it may not be the most life-affirming motto it’s kind of comforting if you want to be more passive in your life decisions. Luxembourg has encouraged this ‘go with the flow’ attitude, I don’t want a barrage of choices – where to go for a drink is normally narrowed down to two areas, Centre-ville or the Gare area.

In terms of where I shop for clothes, Lux takes the ‘less is more’ approach - for such a small city the fact that it has Dior, Chanel, Gucci, Hermes and Christian Louboutin all more or less on the same street is testament to the riches of the GD. But beyond the less purse friendly boutiques your choice is pretty much  still-expensive French premium brands (Bash, Claudie Pierlot, Maje) or the good old faithful Zara, Mango and H&M. The downside of this is when you purchase something from the latter you are guaranteed to see everyone else in the same get-up.

When you go to any concert in Rockhal you are guaranteed to see at least 10 people you know because, I mean, it’s Luxembourg, what else would you be doing apart from attending this event of the season? It’s an international city with a village feel, which is something that’s rare to find, but then you find it strange but brilliant when you go to an ‘actual city city’ and do things like take cheap taxis and order food for delivery past 11pm.

I do miss some of the amenities we take for granted in big cities, but equally would I just complain about other aspects of big city life if I lived in one?

Curious to hear your thoughts on this small-town city we call home.