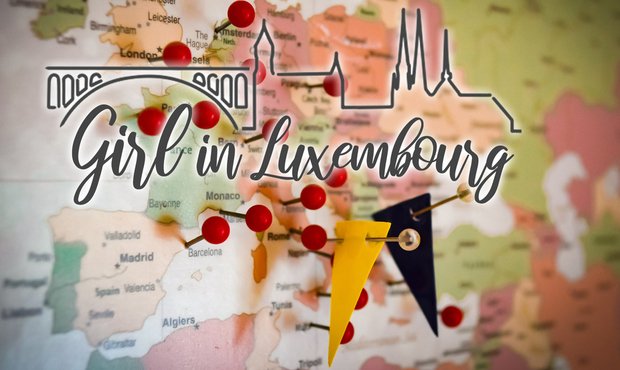 Is it something that happens to all nationalities? I can only give the example of my own experience, but I think it may apply universally.

The most common example of this in Irish terms does not take place in Luxembourg (because duh, you cannot get by just speaking English there) but rather in the English-speaking sun haven of Australia. The de rigeur process when you move down under is to find a local GAA club (Gaelic Athletics Association), start playing for a team (even though at home you had never kicked a ball in your life), and then you find ‘your people’ and voilà you are set up for life.

You have been provided with a ready-built community where most of your time will focus on going to places that Irish people frequent, celebrating local holidays at home, competing in Irish sports tournaments etc., and talking about how much you miss the homeland but at the same time insisting you are never moving back home.

The strange part is that you wouldn’t be doing any of these nationality-based activities if you were in your home country. Perhaps these people would not even be your friends, I mean are they really your ‘type’ or is sharing a nationality simply enough to qualify them as your friendship circle?

For some reason many immigrants/expats (whatever you wanna call it) find themselves exaggerating their own nationality when they are abroad in order to acclimatise themselves, and a replacement of family - you need a group that you just automatically belong to, just by way of existing.

This is completely natural as we tend to search for familiarity, something to grasp to when we move away from home, whether that be music, sport, food, culture, language, anything to make us feel closer connected to our origins.

I include myself in this patriotic phenomenon. St. Patrick’s Day at home would pass by without much of a fuss - “that’s just for the tourists” would be the common mantra from locals. Since I moved away I simply MUST celebrate it. It’s so intrinsic and essential to my very identity, last year I insisted on baking a cake made from Guinness with a massive green m&m’s shamrock emblazoned on the icing, I also insisted that everyone wore green (no one did), and that we only go to the Irish bars in Luxembourg that evening.

I secretly hoped to stumble upon some kind of semi-violent drunken bar brawl, maybe even some girls with too much tan and weather inappropriate clothing to really make it feel like home. If I had been in Ireland, I’m sure the day would have passed by with maybe one drink and watching the parade on TV.

I attended the British Irish Film Festival recently, I really wanted to see a particular film in the Irish language (I don’t speak Irish) and then felt super emotional about it - yet if this film had been screening in my local cinema at home admittedly I probably wouldn’t have even gone to see it.

Is it a case of looking at ‘home’ with rose-tinted glasses?

For some yes, and in my case most certainly yes. When I meet people from the likes of San Sebastian, Positano, Valencia etc. (the type of places I see as holiday destinations) and they explain to me that they now live in Kirchberg, Dommeldange or the likes - I am truly and utterly baffled as to how they even manage to get up in the mornings. So, in their case I can imagine the glasses are not tinted at all and the Vitamin D shortage is very much an issue (the struggle is real), for me I never had that abundance of sun-induced nutrients in the first place, so I guess they might have it harder.

So that’s my two cents, does being out of your home country – make you feel MORE or LESS patriotic?

---
Christelle McKillen works in communications for RTL Group and in her spare time blogs about expat life at Girls on a Train, like many a millennial she considers herself a budding Instagram aficionado @girlsonatrain_